Yesterday, on a 3-2 vote the Alaska Redistricting Board adopted a final map for Alaska’s new legislative districts. This process happens every ten years per the Alaska Constitution.

Here is the proclamation where Borromeo and Bahnke indicated their opposition.

Litigation appears to be a foregone conclusion at this point, which is not abnormal as lawsuits have been filed after redistricting since statehood. Parties who plan on suing over the map have until December 10 to file a lawsuit.

Save any changes to the map due to litigation, below is what the new map does to Alaska’s political landscape.

This interactive map allows you to select House or Senate districts, as well as incumbents and challengers. When you click on a district, it will show you incumbent information as well as demographic information about the district. (Note: It’s easier to select House Districts OR Senate Districts when using the map. You can click the toggle at the top left of the map to change things, or open the map in a new browser by clicking here.)

Under this plan, the partisan breakdown of Alaska’s 40 House districts stays at 19-21 for districts that voted for Joe Biden and Donald Trump in 2020, respectively. These map shows the full breakdown for the House and Senate seats: 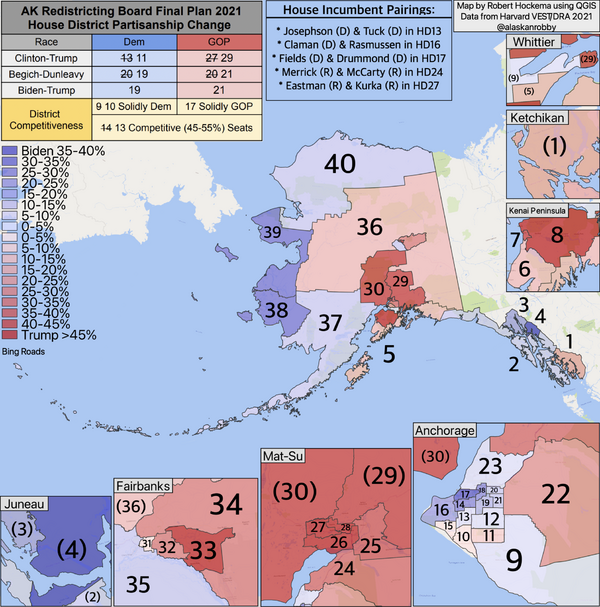 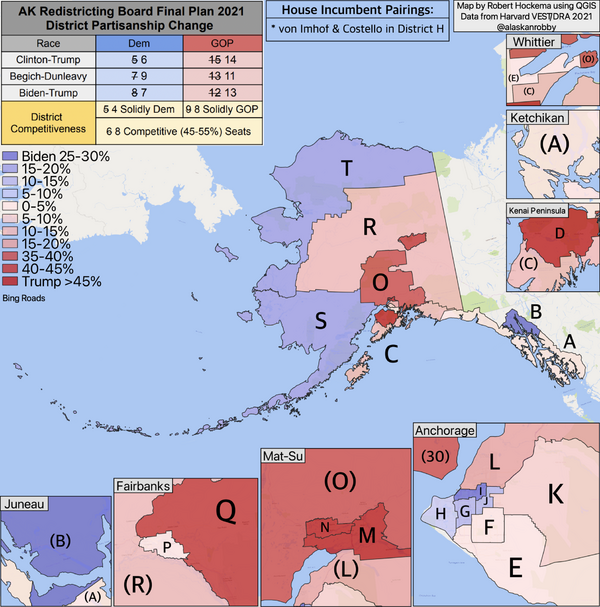 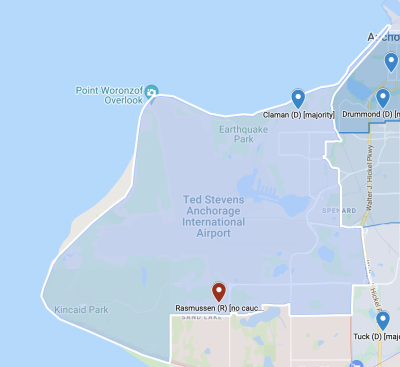 There are the five open House districts and How they broke for Trump/Biden in 2020.

Only two senators were paired, leaving one open Senate seat. Anchorage Republican Senators Mia Costello and Natasha von Imhof were paired in the same House district, meaning they were automatically placed in the same Senate district, the new Senate District H. Both are members of the Senate majority. The open Senate seat is House Districts 23/24 (23 was Trump +31.19 and 24 was Trump +37.7% in 2020). This district is part of the controversial pairing of that includes Government Hill, Chugiak, JBER, and part of Eagle River. Merrick filed for the open Senate seat yesterday.

Robert Hockema is a campaign specialist and political organizer in Anchorage, Alaska. He graduated from UAA’s Political Science program in 2019, and has worked for candidates up and down the ballot and across the political aisle. Robert loves Alaska history and geomapping elections on Twitter.