Tomorrow is the 90th day of session (statutory limit) and the legislature is nowhere near passing a budget. It looks like they will be going to day 121 (constitutional limit) and maybe even beyond that. On a positive note, spring has finally seemed to have arrived in Juneau. Today was sunny and in the 60s. But where I am it’s in the 90s! I dipped down to Palm Springs for the weekend on a little operation. Big shout out to Alaska Airlines for those amazing deals!

The legislature is not going to finish in 90 days. The question is how long will it take to finish? It is looking like they will go to the constitutional 121-day limit, which is mid-May. But there are even some problems with that. While the House Finance Subcommittees have closed out, the Senate ones have not. There was some talk the House Finance Committee would start debating the budget last week. But that did not happen. It sounds like they will start debating it this week.

Once the House gets further along, the Senate Finance Subcommittees should start doing closeouts. However, as of now there has been no serious talk or hearings on the PFD in the legislature. There is also the 3/4 vote required for the reverse sweep. Each body need a 3/4 vote (30 House, 15 Senate) to avoid all kinds of funds being swept into the Constitutional Budget Reserve (CBR), resulting in disruptions to dozens of state programs. Getting 30 votes for this in the House seems impossible. Last year they got exactly 30 in the House for the reverse sweep. Former Representative Colleen Sullivan-Leonard was the 30th vote. She was replaced by Representative Christopher Kurka (R – Wasilla), who does not seem eager to help out the House Majority in any way.

Update: The earlier version of this stated that swept funds go into the general fund. That was incorrect, they go into the CBR.

My guess is the legislature will pass a budget by day-121, but it will not include a PFD or a reverse sweep provision. This will result in Governor Mike Dunleavy (R – Alaska) immediately calling them back into a special session to deal with the PFD, and possibly the reverse sweep. Per statute, he has one hour after the second body adjourns to call them back right away. If he waits more than an hour, the special session cannot start for 30 days.

Enjoy this special message from Nigel Farage to the Alaska Legislature! I love Cameo.

.@Nigel_Farage has a special message for the Alaska Legislature! #akleg pic.twitter.com/NWeSgPKPRm

Senator Mike Shower (R – Wasilla) introduced a new version of his election security bill, SB 39. There have been several hearings on the bill in the Senate State Affairs Committee, which he chairs. It sounds a lot like bitcoin! According to the press release:

Things got rather loose during a Senate Health and Social Services Committee meeting this week. Senator David Wilson (R – Wasilla), who seems to have had enough of his Senate Majority colleague Senator Lora Reinbold (R – Eagle River), told her during an at ease he was going to “49-2” her. A quick glance at the legislature’s Uniform Rules shows this… 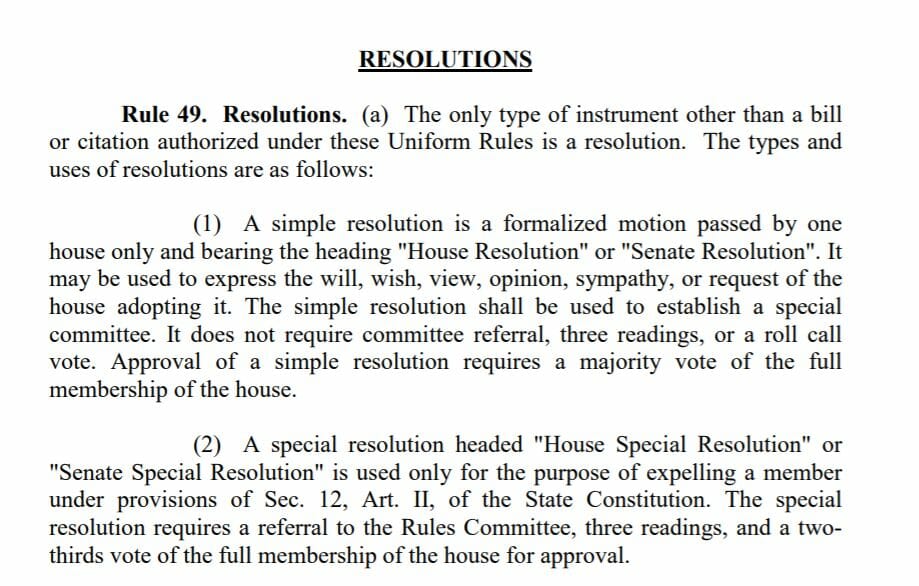 If you follow me on social media you probably saw I was in Palm Springs this weekend. I flew down on Friday afternoon. I had to get out of Juneau! But it was not all play. I heard Senator Dan Sullivan (R – Alaska) was down here holding an annual fundraiser with some high level people. There was a reception for Alaskans on Friday evening, which I did not arrive in time for. However, I was able to find out his location. It was the same place they filmed the last season of the Bachelorette! A buddy came down and joined me. Human intelligence indicated he would be playing pickleball on Saturday afternoon. After locating the pickleball courts, we found him! Before we were able to locate him, or any of the people attending the fundraiser, we encountered some extremely drunk people who we were pretty sure were not part of the event. 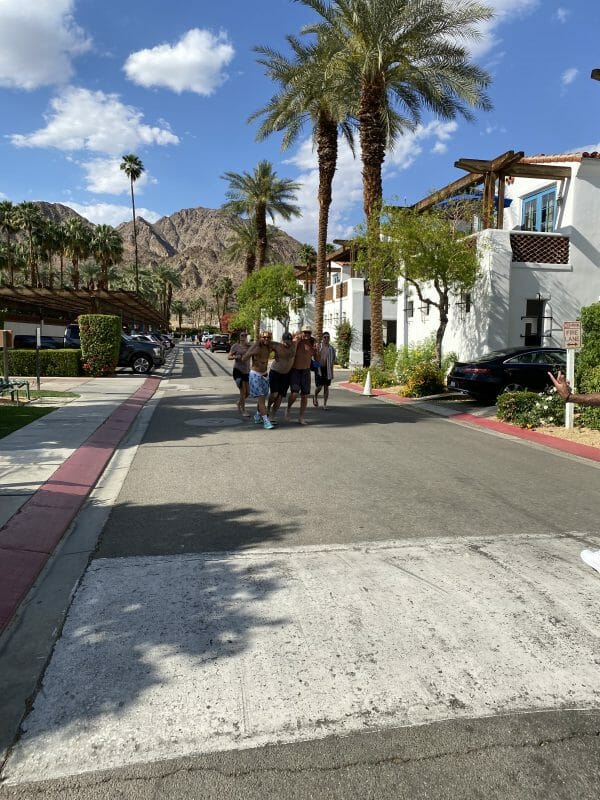 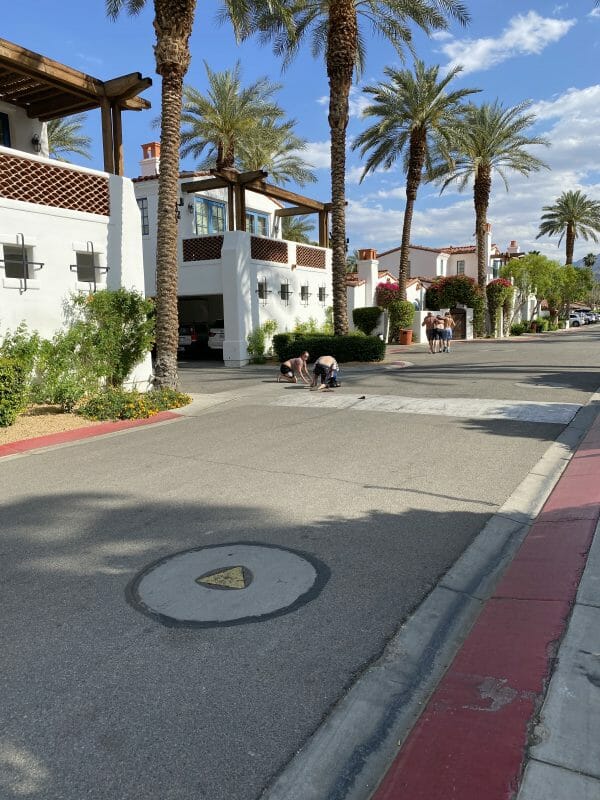 I did go a little TMZ. Senator Sullivan has a hell of a swing! After he was done playing he came over talked with us for a bit, which was cool. I think Alaska is one of the few states where you can follow one of your senators to another state and get a little sit down with them after casually stalking them. Operation Danny Boy was definitely a success! 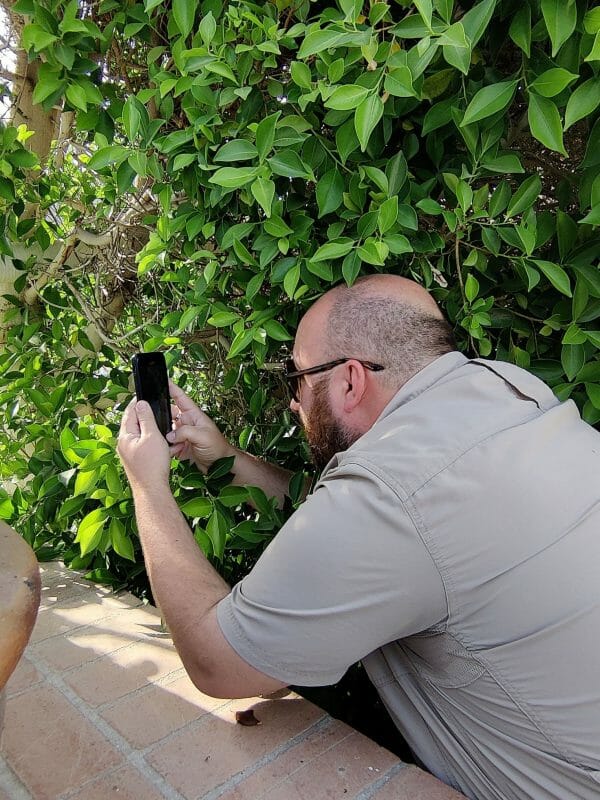 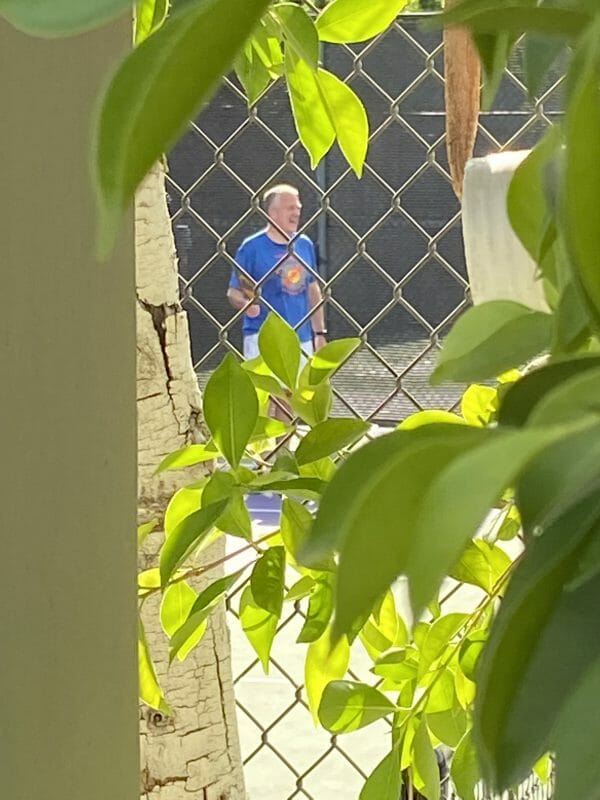 Senator Lisa Murkowski (R – Alaska) has an entry level Staff Assistant job opening up in Anchorage. The pay is $33,000 per year. It’s a federal position with health and retirement benefits, which would be great for someone out of college or looking to start a career in politics. Contact Angelina Burney in the D.C. office. The deadline is April 30.

Ben Dietderich’s last day in the legislature was this week. He worked as the comms director for the Alaska House Republicans since February. He is heading back to D.C. I guess Juneau was not House of Cards enough for him.

Megan Peters, who has worked for the Alaska State Troopers for over 14 years, was asked to resign last week, with no reason given. I have known her since 2006. Her dad was a trooper for over 18 years. He died in a plane crash while on duty. Megan is an awesome person and great at PR and communications. She is looking for a job. So if you know of any opportunities, get in touch with her! 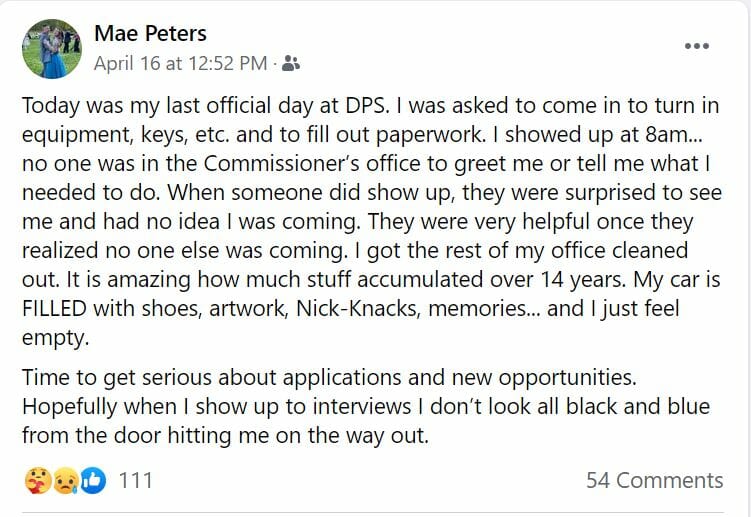 A follow-up on Palm Springs. I have not been to California since 2019. I was not sure how it was going to be. Pretty much everything is open. There was no testing or registration required upon arrival. About 70% of people wear masks outside. Restaurants and shops are full. Some local people I spoke with said things are almost back to normal, but said spring break was slower than normal. They also said two years of Coachella and Stagecoach being cancelled has been very tough on the local economy. Get down here if you can. The weather is amazing!

This week was a no-brainer, minus my little trip to Palm Springs. I think it’s only fair to make myself runner-up again this week based on Operation Danny Boy. This week’s Loose Unit is once again Anchorage Assemblymember Jamie Allard. Allard went full Loose Unit on Wednesday at an Anchorage Assembly meeting (Tuesday’s meeting continued to Wednesday). After Assembly Chair Felix Rivera made a statement about Allard’s remarks on illegal immigration and Covid the previous night, Allard got very upset. She kept saying “point of order” and got increasingly frustrated. When Rivera was done, Allard got loose! She stood up and yelled, “The next time you turn off my mic were going to have an issue, and don’t think I won’t take you to court over it, Felix!” Then Assemblymember Chris Constant decided to weigh in and say Allard was the one who acted improperly by failing to make the proper motion. She did not like that. You can’t hear it but she yelled, “Nobody likes you Constant!” Classic Loose Unit.

THIS. IS. LOOSE! Assemblymember Jamie Allard absolutely loses it after Assembly Chair Felix Rivera adjourned the Assembly meeting tonight. You can see the entire interaction at the link. Start at 2:01:50. https://t.co/DQftjAaU6I pic.twitter.com/131sDybF3F

I’m really sad to hear about Megan. She was always super helpful whenever I called her up to ask a DPS related question. The general feel of being a State worker under this administration is rather bleak.

Megan is one of the good ones