Welcome to this week’s edition of The Alaska Stalker, a semi-regular lighthearted round up of the best and worst of Alaska’s social media landscape.

Some light housekeeping: as many of you know, The Alaska Landmine utilizes Urban Dictionary as our main style guide. We highly recommend our readers take a look at the definitions below and maybe stop taking themselves so seriously. We sure don’t. Also, for the record, I don’t drive a blue Subaru. 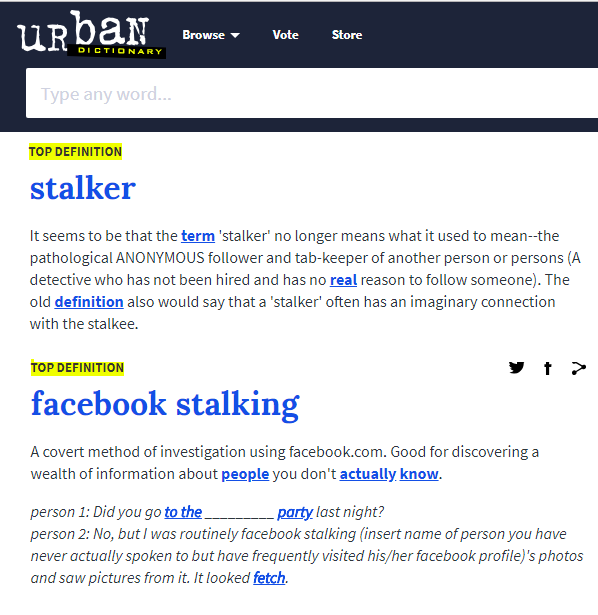 You all might remember, Governor Walker launched a new ad last week. A lot of folks covered it – they’re playing rugby, not football, blah blah blah. But then we took a closer look. At the butts.?

As Assemblyperson (and recently non-single!) Forrest Dunbar put it, I wasn’t going to share this until I noticed the “Alaska” and the “Bush Company.” Gotta tip my dolla billz to that imagery. 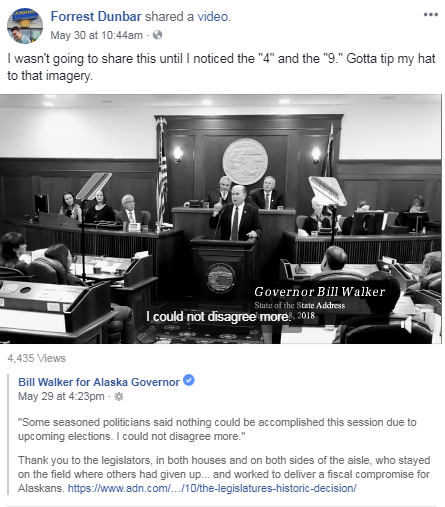 Let’s take a closer look shall we: 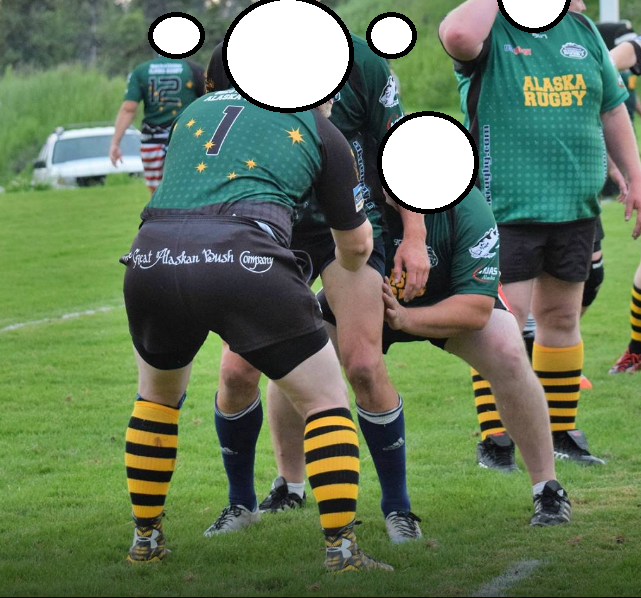 You’re welcome. There’s mohr photos where these came from. 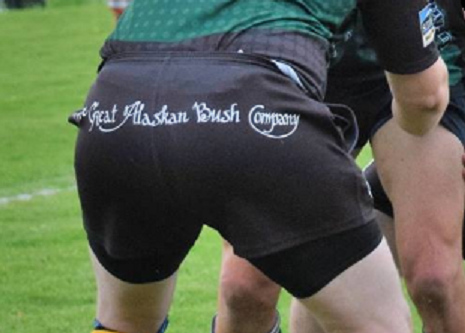 Rick Whitbeck was right. Check out this ADN article from 2016. 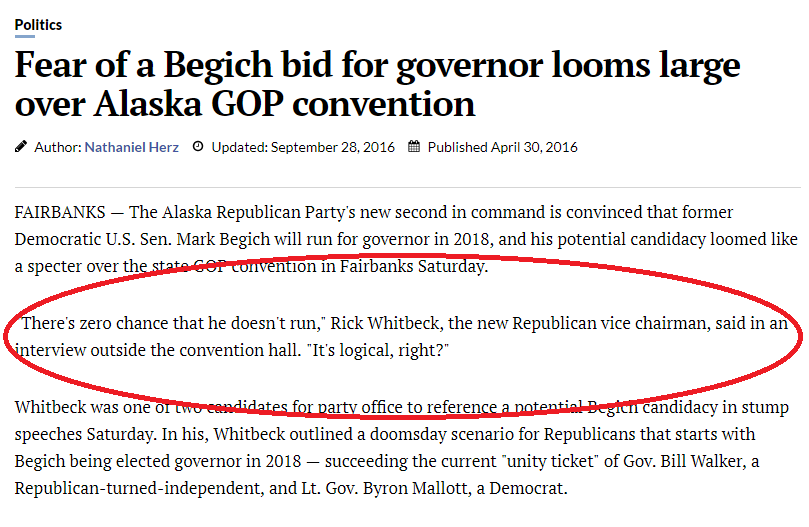 Senate District M candidate Beka Halat either locked up the endorsement of two former Anchorage Mayoral candidates, or she made a rookie mistake on her website. Mistakes like this might cost her the crown. Those matching t-shirts tho. 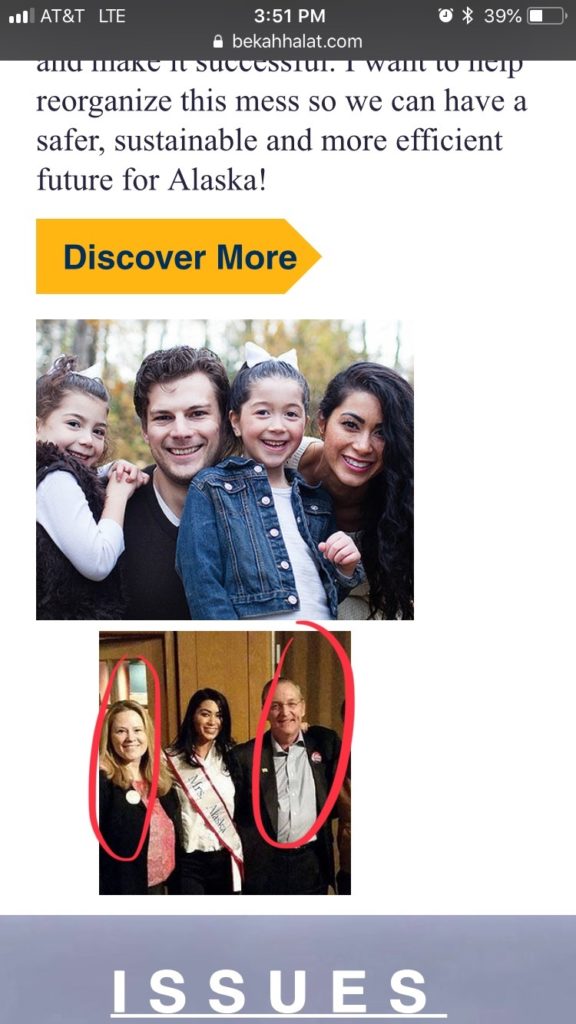 When the news broke that APD wants to move into the old LIO, which may soon be owned by ACDA, it was hard to hear the facts of the deal over the immediate and collective shriek of indignation from the Right. I happened to catch Assemblyperson Christopher Constant’s call into the Mike Porcaro show. It was fire! ? We’ll post the podcast link once it’s up. 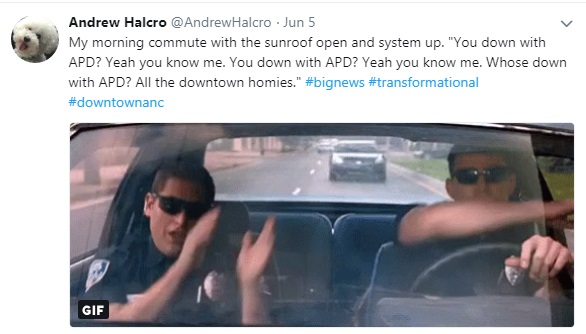 Point by point Chris made a pretty good case. We’re fairly ambivalent. Someone’s probably going to get rich. We’re not sure where everyone’s going to park, or why ACDA is charging APD so much more than they’d need to make their payments. But the building is empty, a remodel looks to be cost prohibitive, they’ll be paying MESA, Halcro got a screaming deal, and most importantly: there’s going to be over 150 police officers in a part of town that really needs it. The Taj Mahalcro! I bet President Trump himself would be a fan of this deal.

Speaking of Mr. Halcro – He can pull off a turtle neck, spend 14 million dollars just to own the Republicans, and run a mean rooftop farmers’ market but jeez – he’s worse at privacy than Mark Zuckerberg! 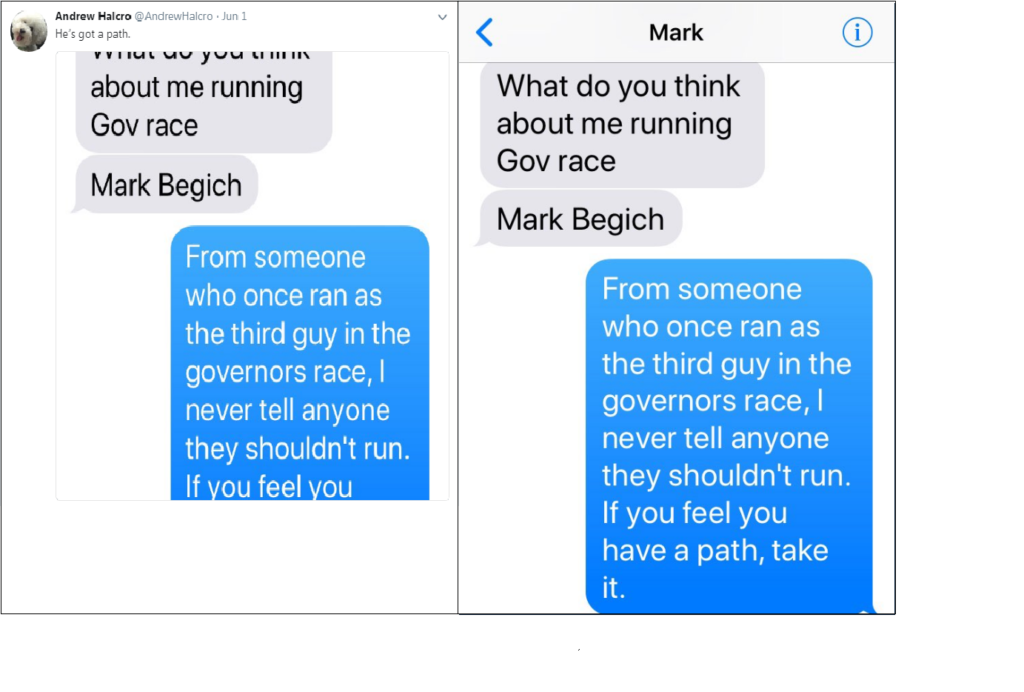 Can someone please tell Governor Walker that Representative Gara isn’t dead. He just decided not to run for office. 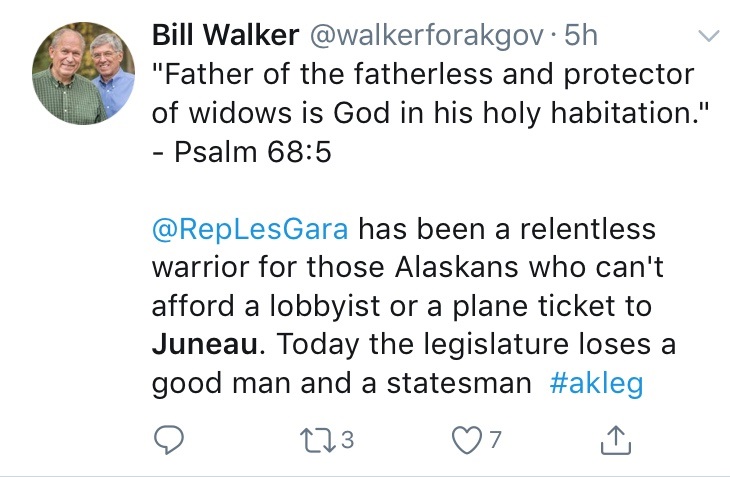 Who approved AOGA’s hashtag for last week’s Oil and Gas Conference? No one under 40, apparently.

Speaking of marijuana, this is dope. Weed love to see more local business participate in the “Adopt a Highway” program. Dankorage better not be blowing smoke – we have high expectations for their newly adopted stretch of highway. 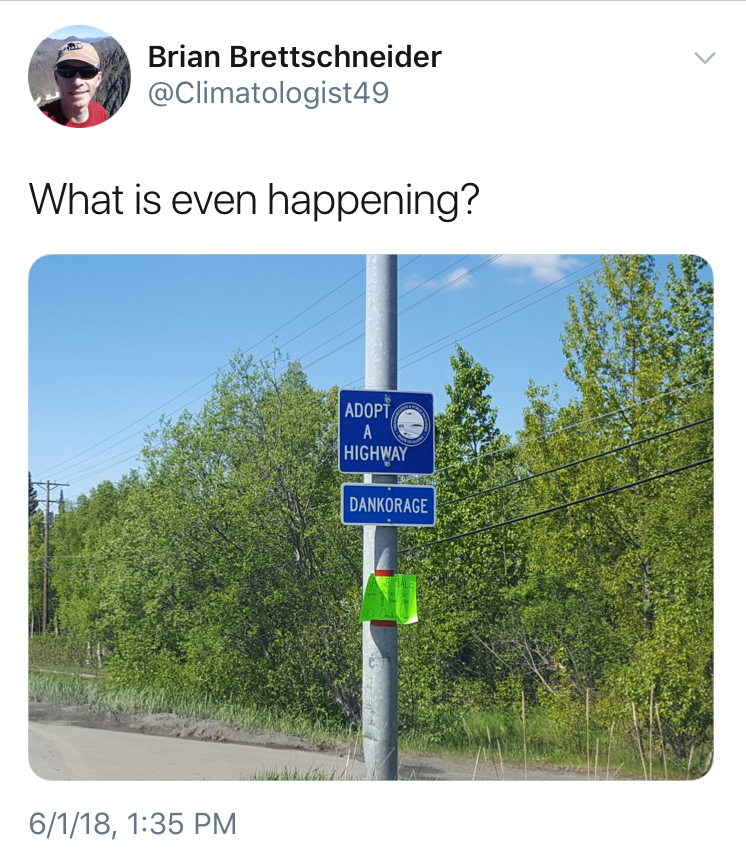 A big thank you to everyone who tuned in to Landmine Live this Monday on Facebook Live. All 1,700 of you (and counting)! Our guest panelists Nat Herz with ADN and Sarah Erkman Ward with Blueprint Alaska did a fantastic job. 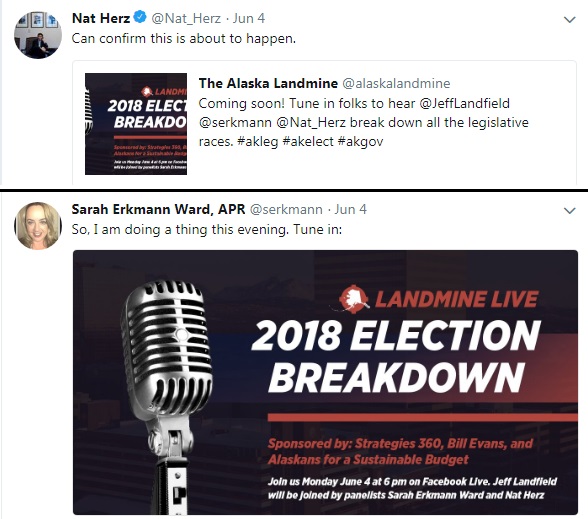 Now might be a good time to remind everyone that the Alaska Landmine is happy to run your ads.

The Alaska Stalker is the only way to get info about Christopher Constant’s FB feed since he’s blocked so many of us.

Like, in the actual river. Ben Demboski doing Swift-water Safety Training with the fire fighters. I wonder if he’s out of the dog house yet? 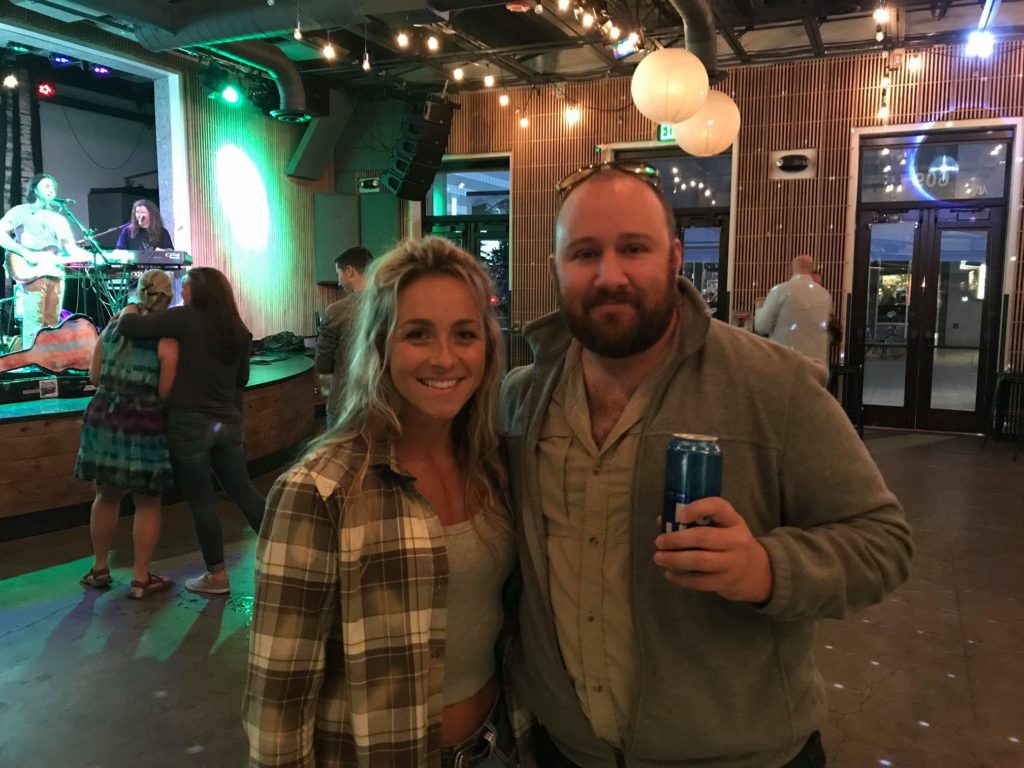 Looks like former Representative Liz Vazquez is employing a new technique trying to win back the seat she lost: actually interacting with constituents. 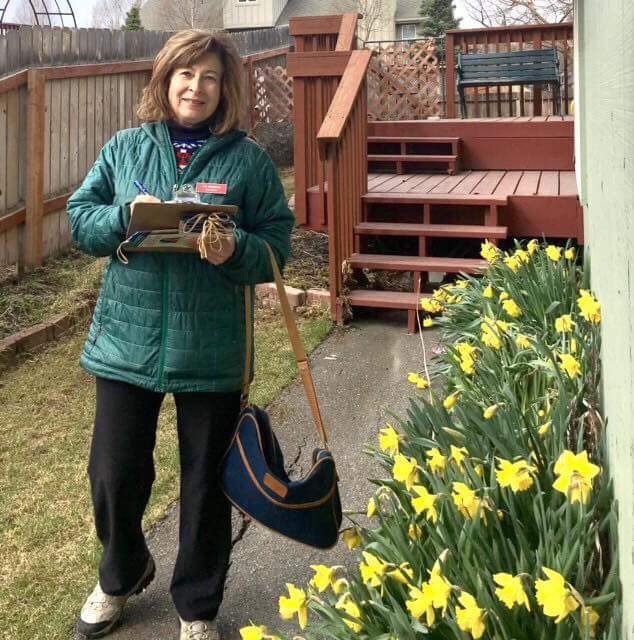 Spotted in the Valley: 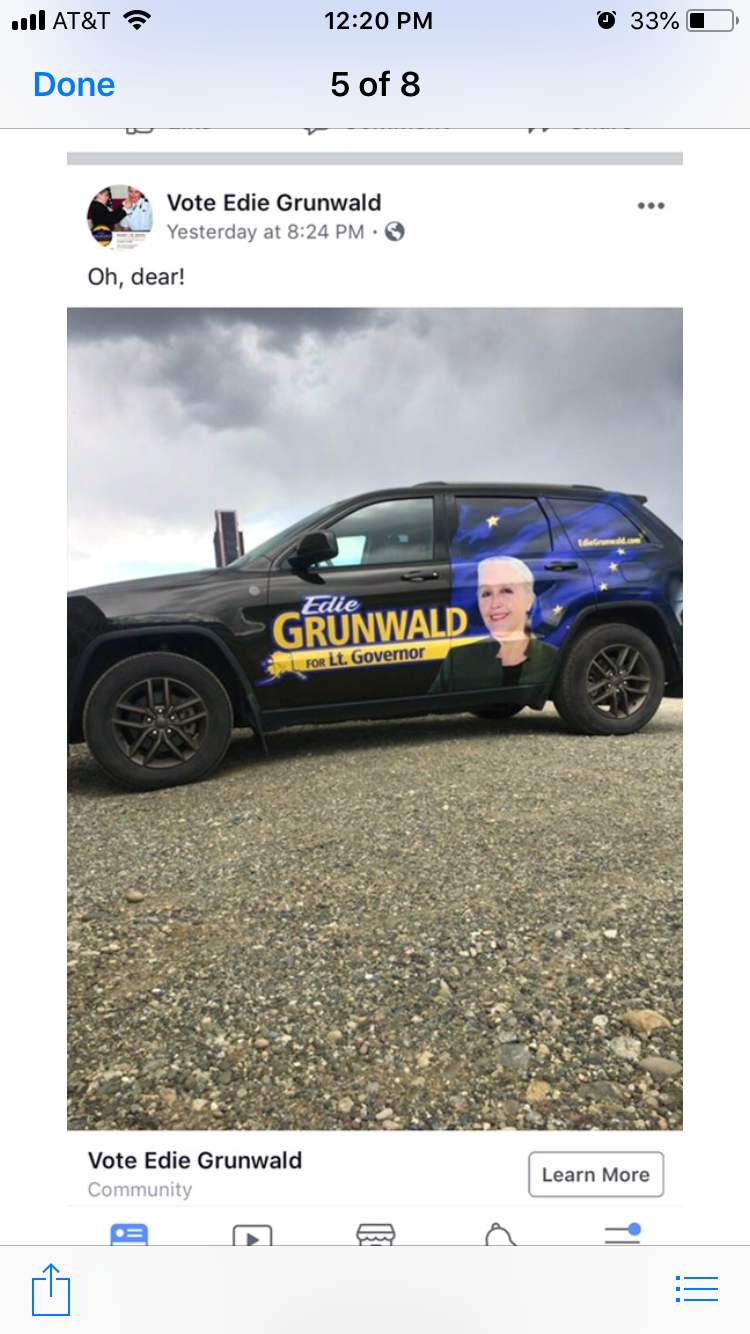 That will do it for us this week folks. Don’t forget to send your favorite social media and online goofs, gaffs, memes, dust-ups, “Overheard in Alaska” and “Only in Alaska” moments, or whatever else you got to [email protected] Our DMs are always open. Remember: pics or it didn’t happen!