Welcome to this week’s edition of The Alaska Stalker, a lighthearted round up of the best and worst of Alaska’s social media landscape. Have you sent us a hot tip yet? Email us at [email protected] and, as always, thanks for reading.

Happy New Year! I hope everyone had a wonderful holiday season. I spent my time with family, listening to “Baby Shark” on repeat, and teaching my toddler how to count to 20. It’s okay House Republicans, she gets stuck on number 19, too.

First up, a warm Stalker congratulations to Representative-elect Bart LeBon for his one vote in District 1 win over Kathryn Dodge, and this classy victory announcement.

Pre-Christmas break we gave Governor Michael J. Dunleavy (I miss just calling him Mike) a hard time about his lack of Instagram followers. While we won’t take all the credit, he’s almost doubled his audience since then. You’re welcome, Governor. And I didn’t even have to sign a loyalty pledge to serve! 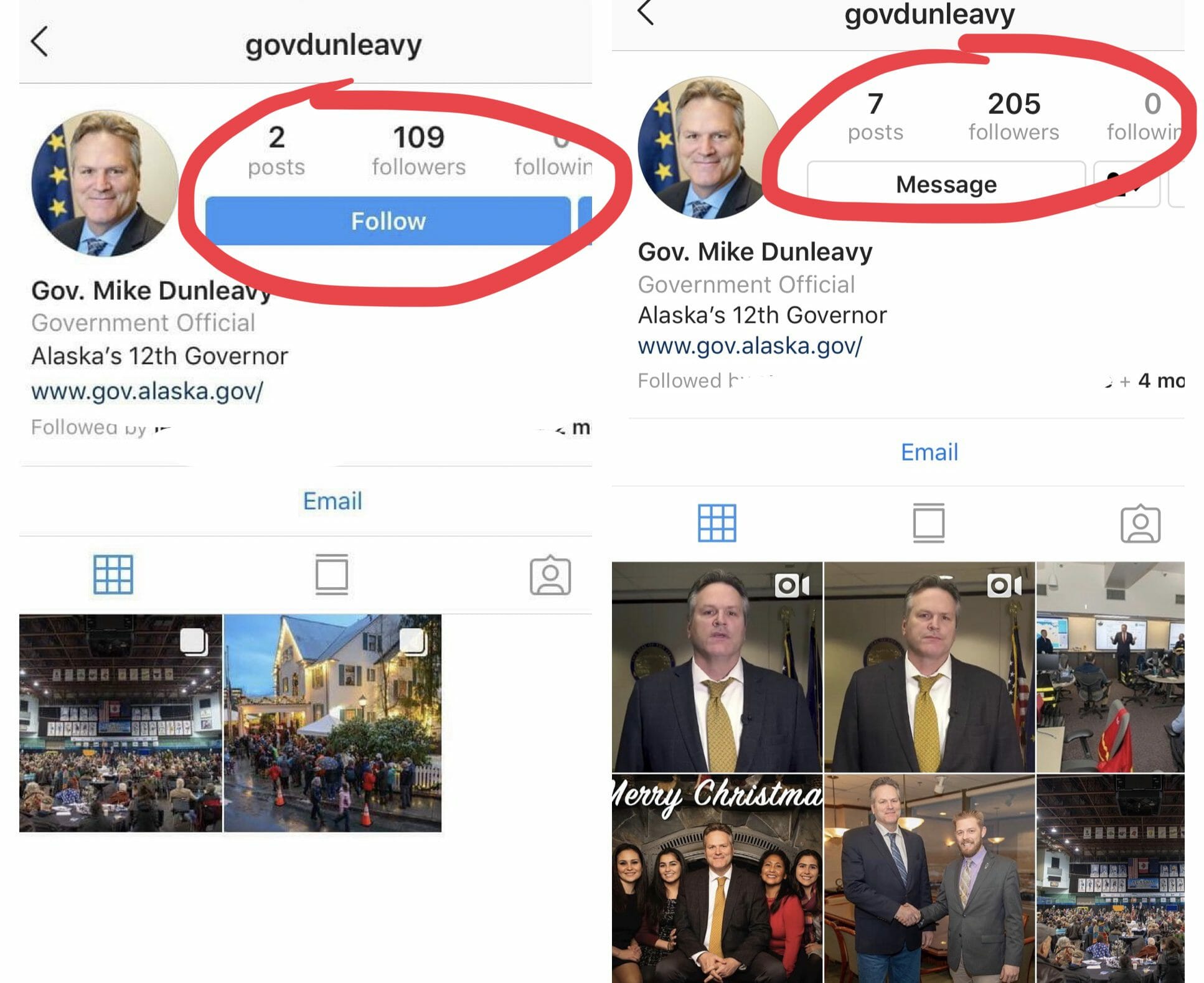 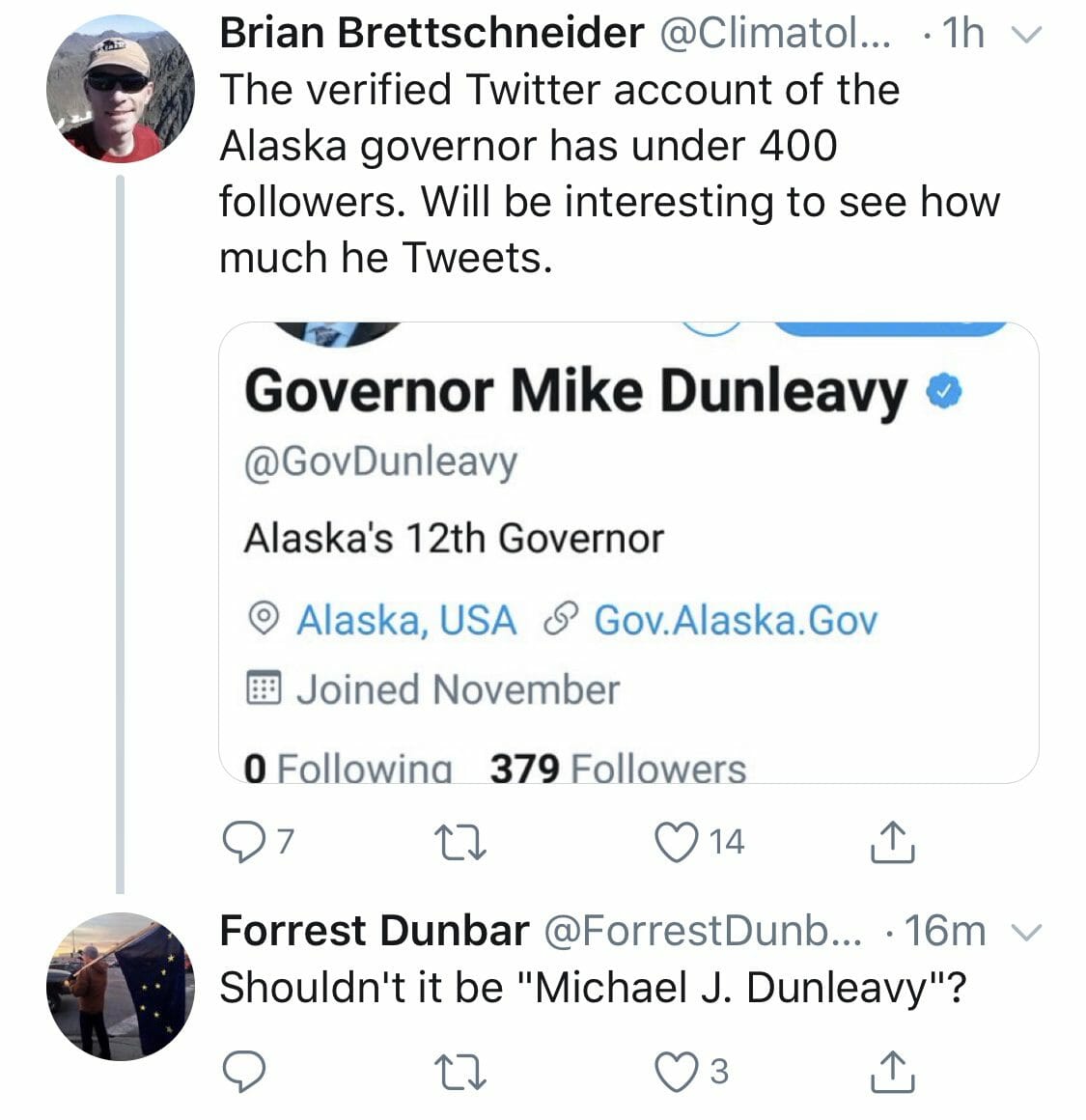 Uh oh. It looks like Michael J. might have binged a little too hard over the holidays on Netflix’s Tidying Up With Marie Kondo. Either nothing brings him joy, or he has cut the budget so much he can’t even afford knickknacks. I hope the empty cabinet isn’t a bad omen. 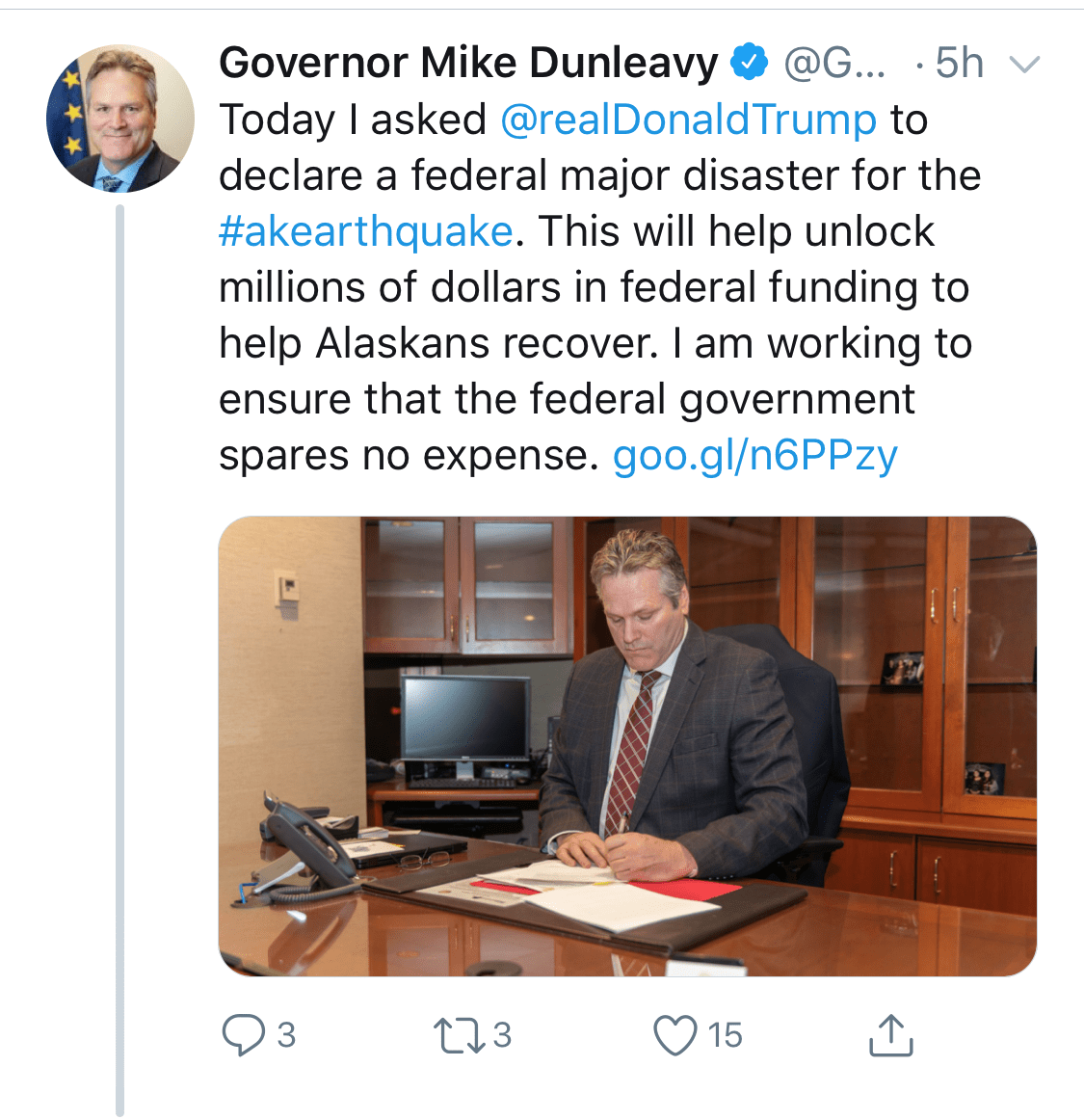 I also hope there’s no limit on how many times a Facebook group can change their name. #foreshadowing 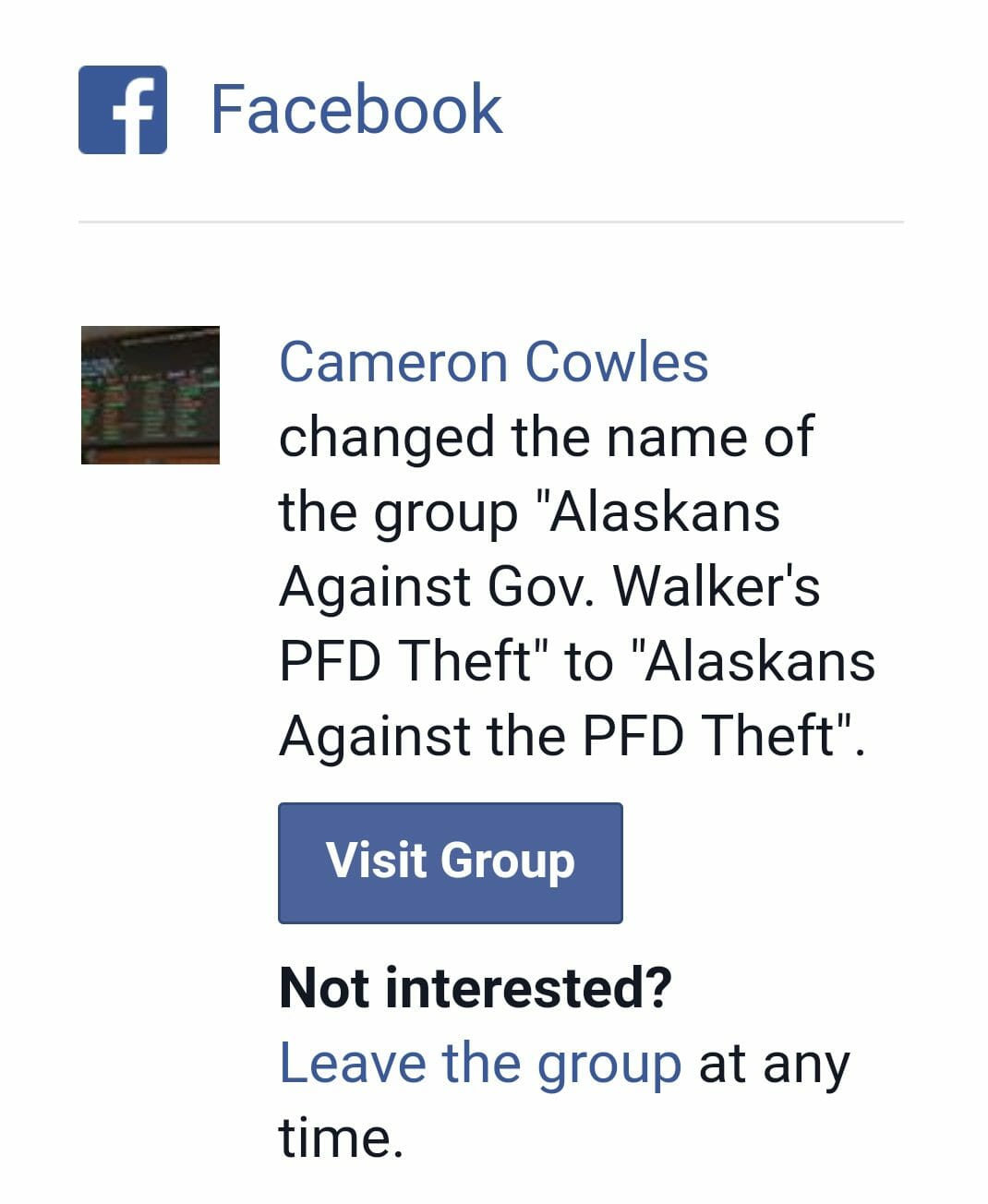 For those of you who aren’t following, let me just put this here. 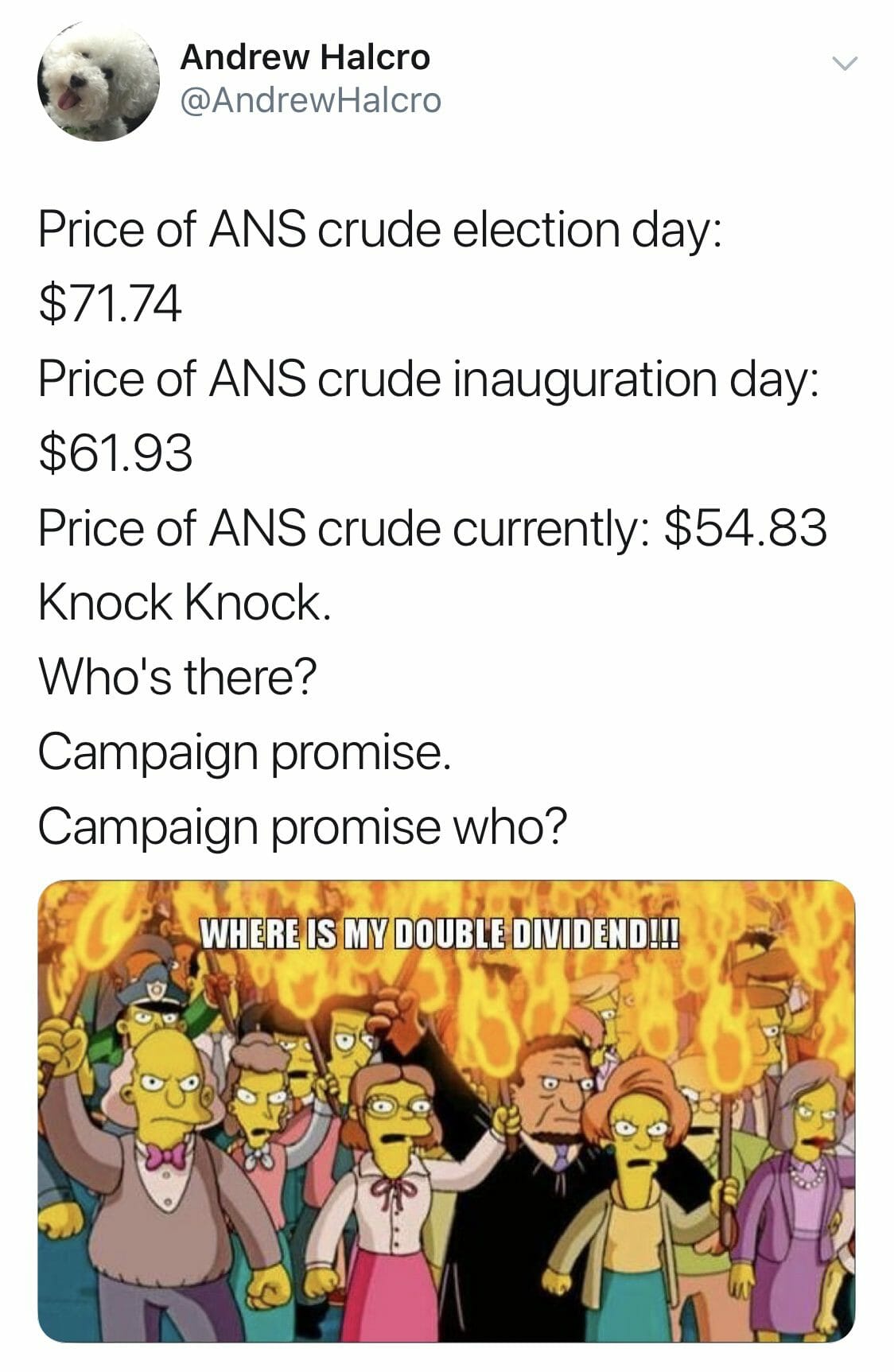 Speaking of the future price of oil, perhaps the Dunleavy administration would find it enlightening to attend an upcoming seminar featuring John Hogue, the self proclaimed Nostradamus of modern times/frequent guest on Coast to Coast. I mean, at this point, why not? ??? 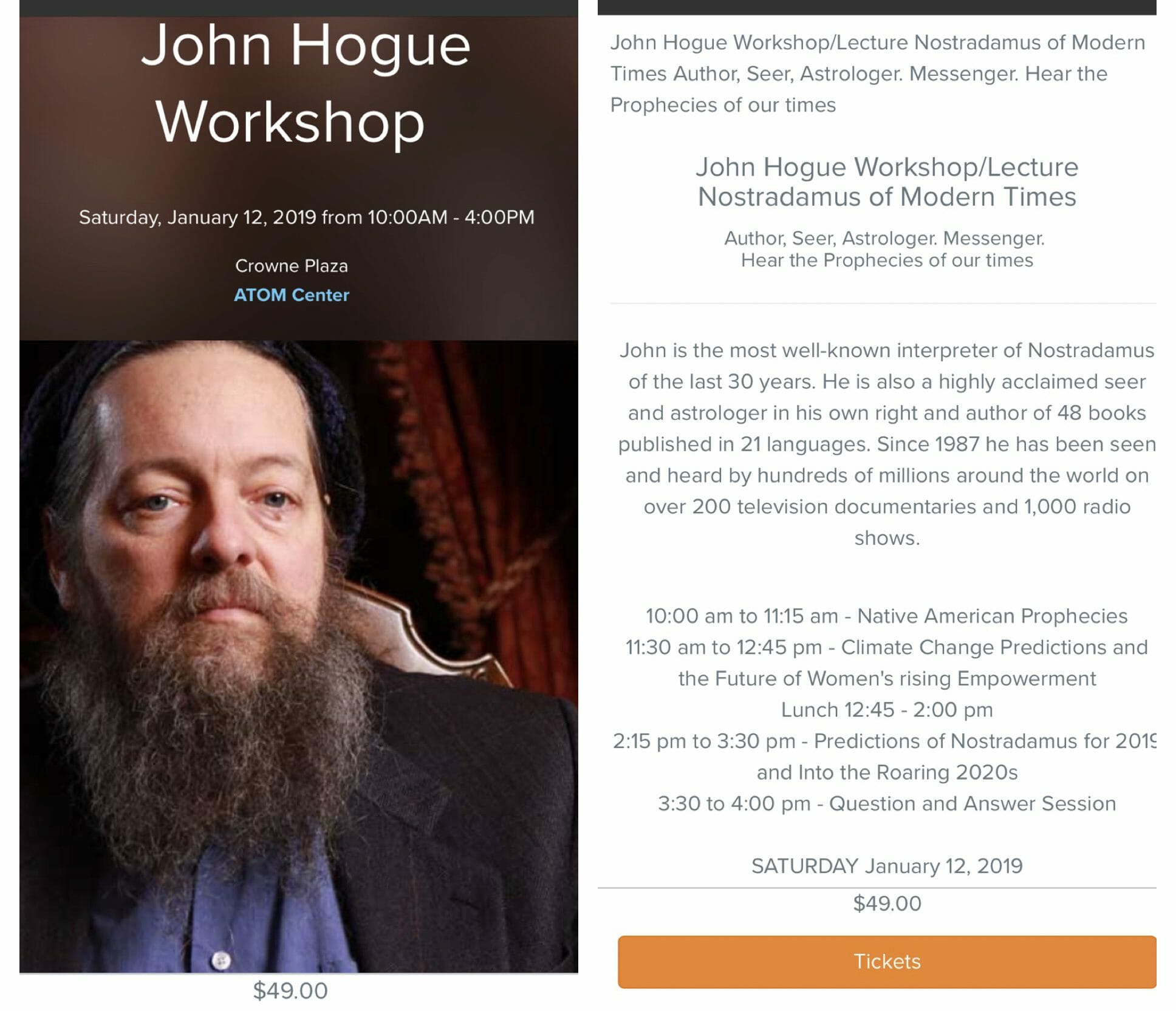 Hey, don’t knock Coast to Coast. I have proof that there are those among us living in an alternate dimension. Just check out this Facebook post from Representative Harriet Anagnostis Drummond. Forget the sunshine, warm temps, umbrella drinks, and salty air. When Harriet goes to Hawaii it’s all about the Aloha state’s accessible selection of personal lubricants and Plan B. ? Who would heart emoji this? I mean, besides John Aronno. Bizarre. 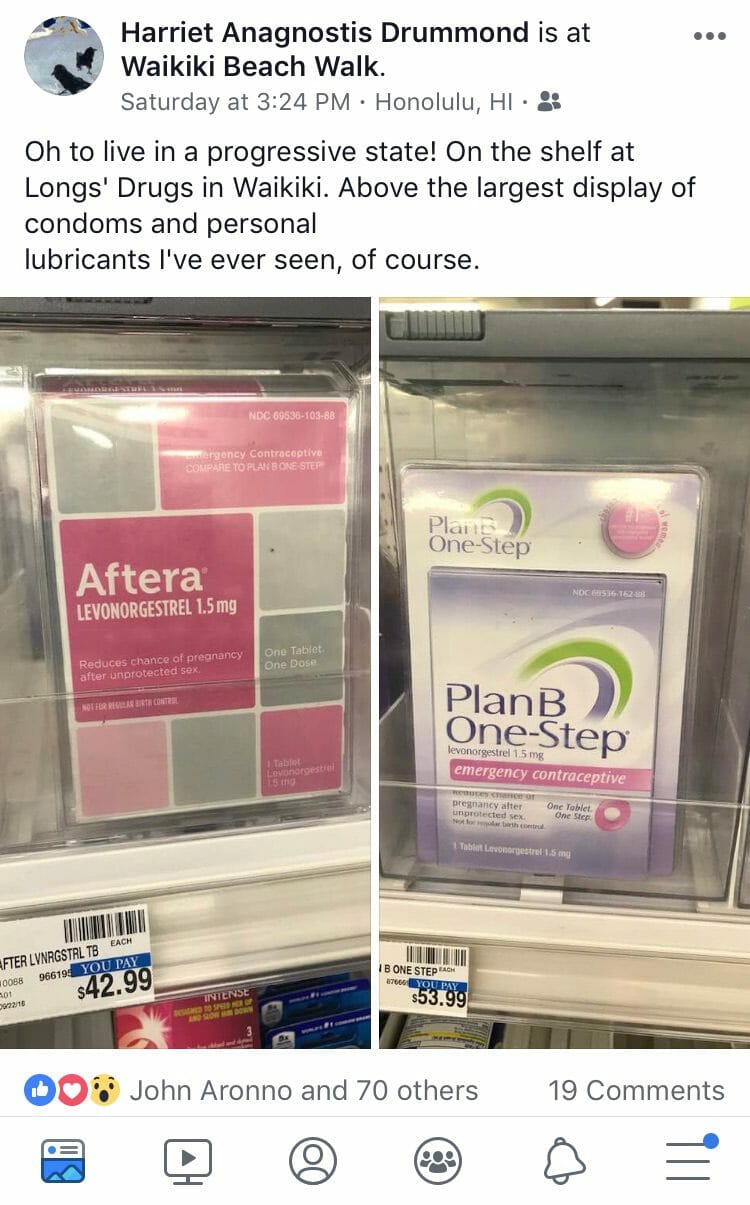 Senator Mark Begich ended the year attacking his former gubernatorial opponent over letterheadgate. I find the second tweet, where he cautions against personal attacks, particularly funny. Not sure there’s anything more personal than tweeting about Michael J. Dunleavy’s middle initial. ? 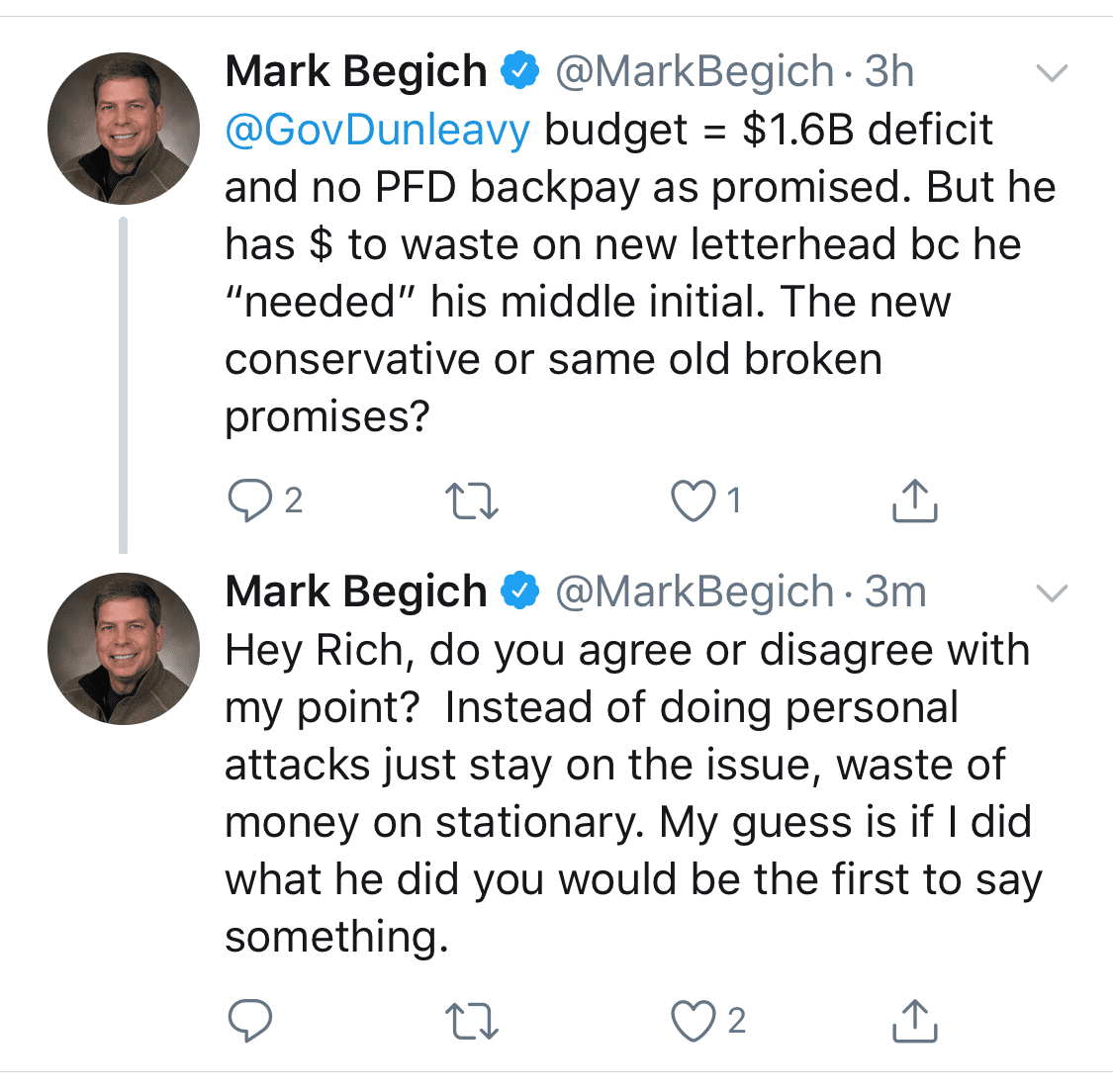 Senator Peter Micciche has fresh Alaska produce in December? Remind me to never make fun of him again. Peter, next year can you make it 14 pieces? ? #mouthwatering 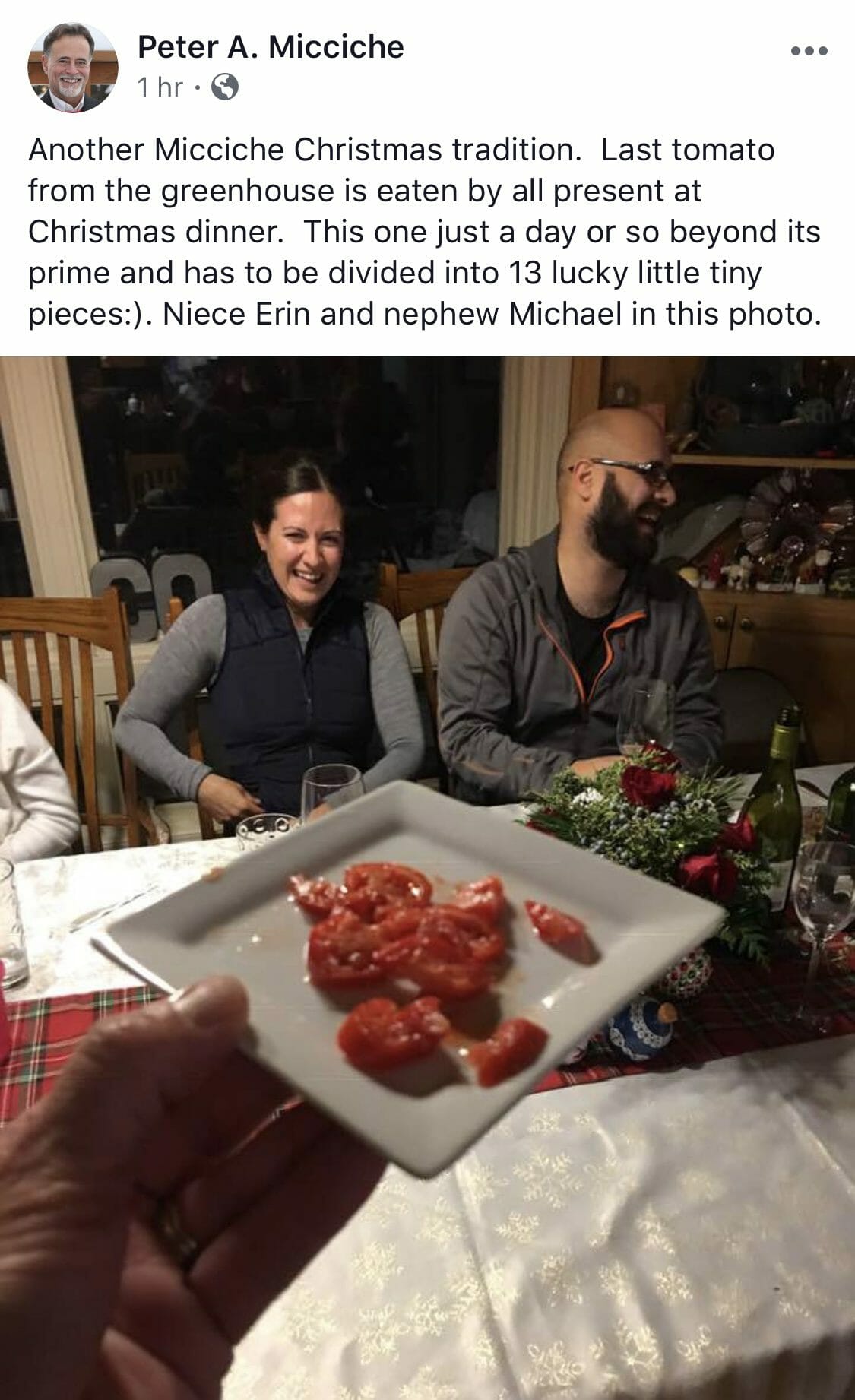 Months and months later, Representative Jonathan Kreiss-Tomkins is still unusually excited and proud about the state’s hold music now featuring local bands. It’s all he’s posted about online in the past month plus. Time to move on, JKT. Bringing this “accomplishment” up over and over is staler than Jeff Landfield making a Prometheus joke. 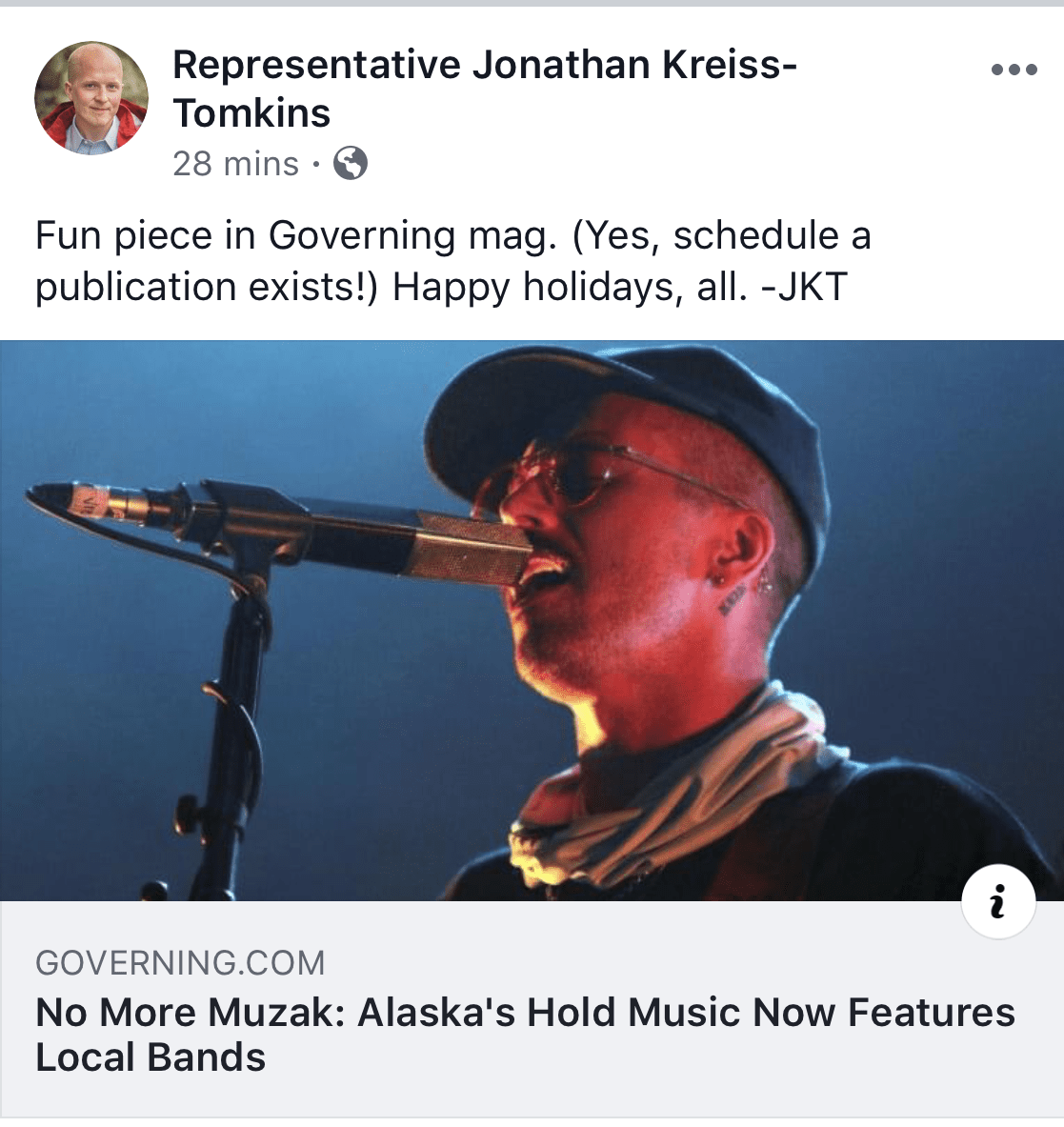 Some legislators have strong opinions on their colleagues’ recent hirings. 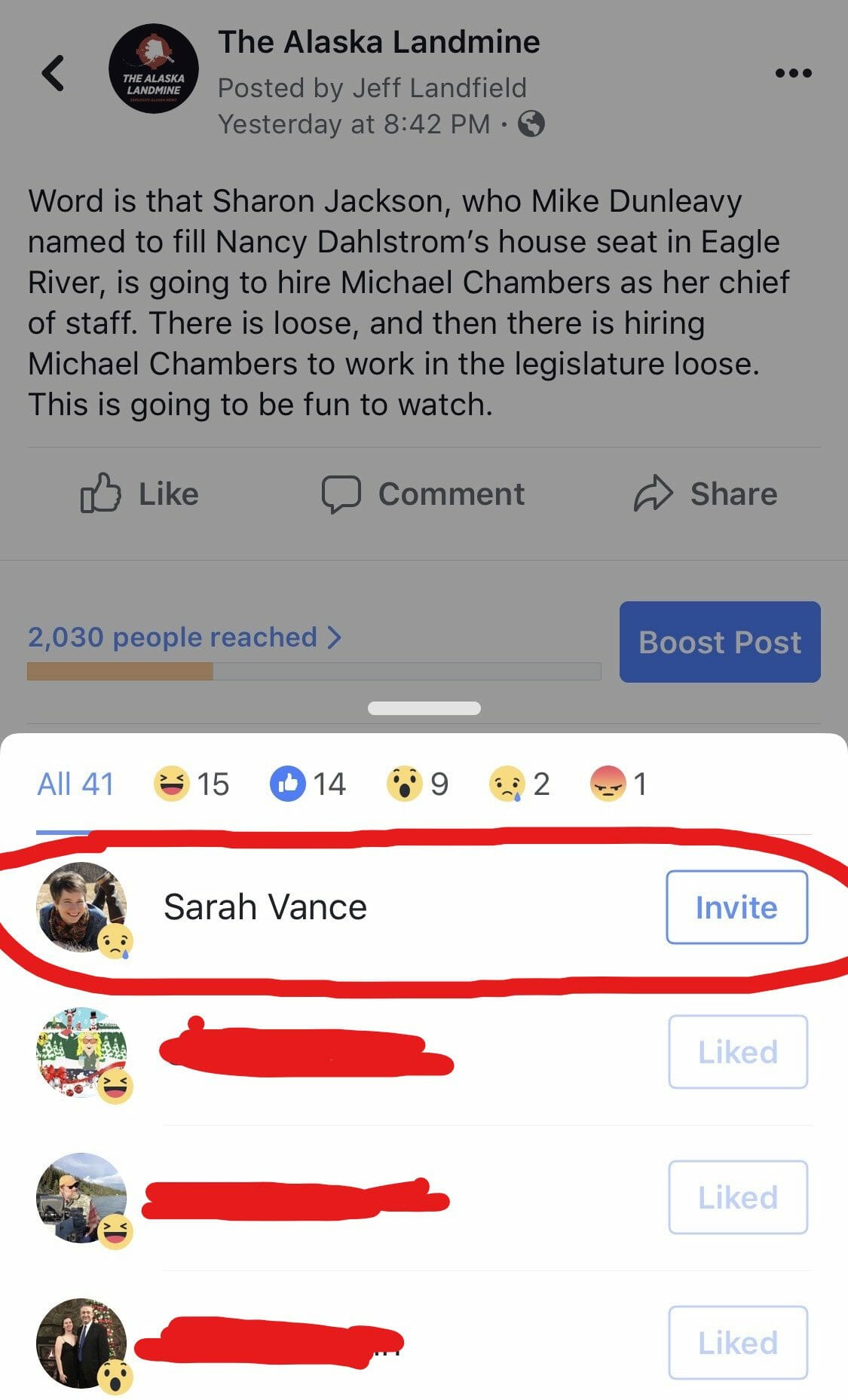 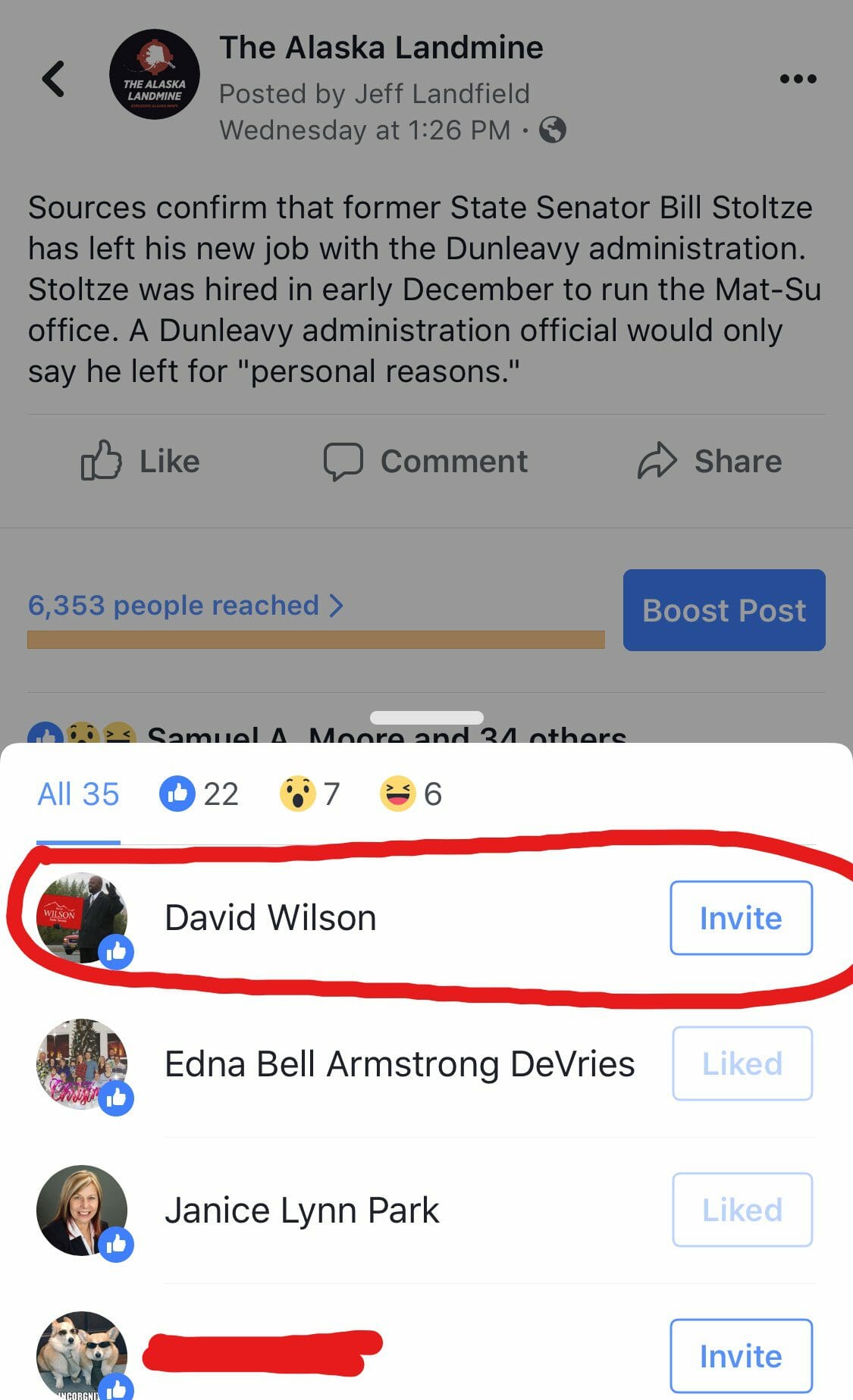 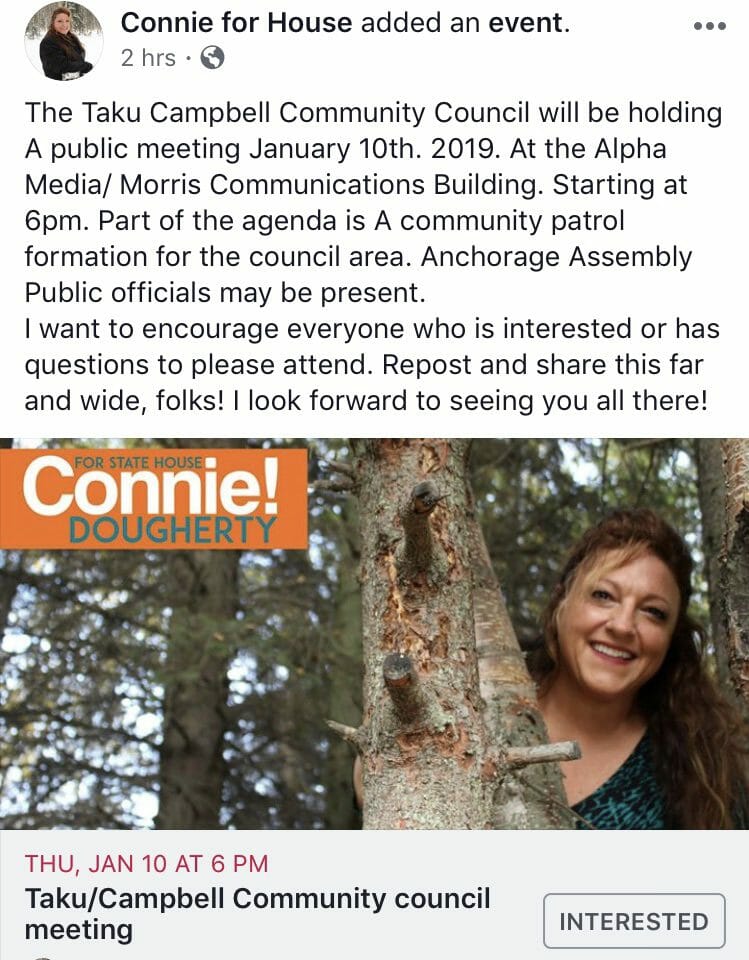 I can’t look at this without my sides hurting from laughing. We are so embarrassed for them. ? I wasn’t aware Anchorage was only 1 mile away from Guacara, Venezuela. 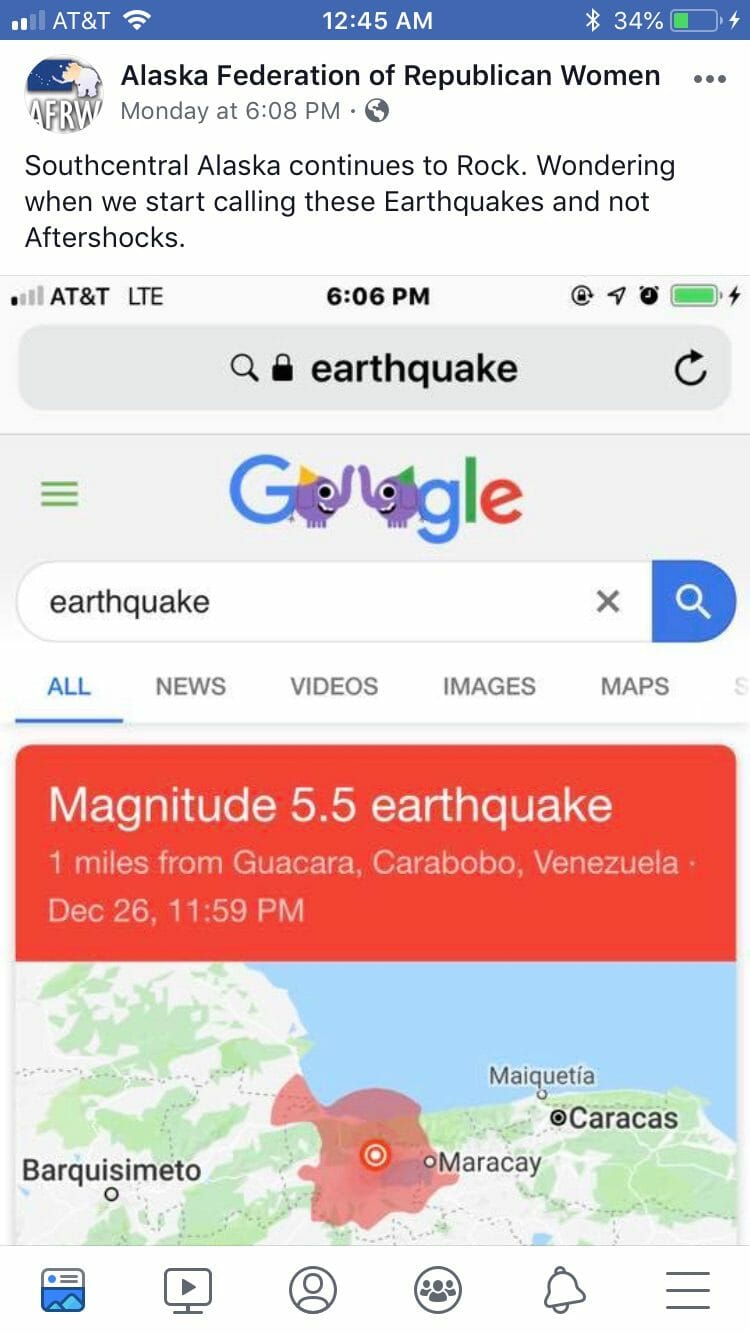 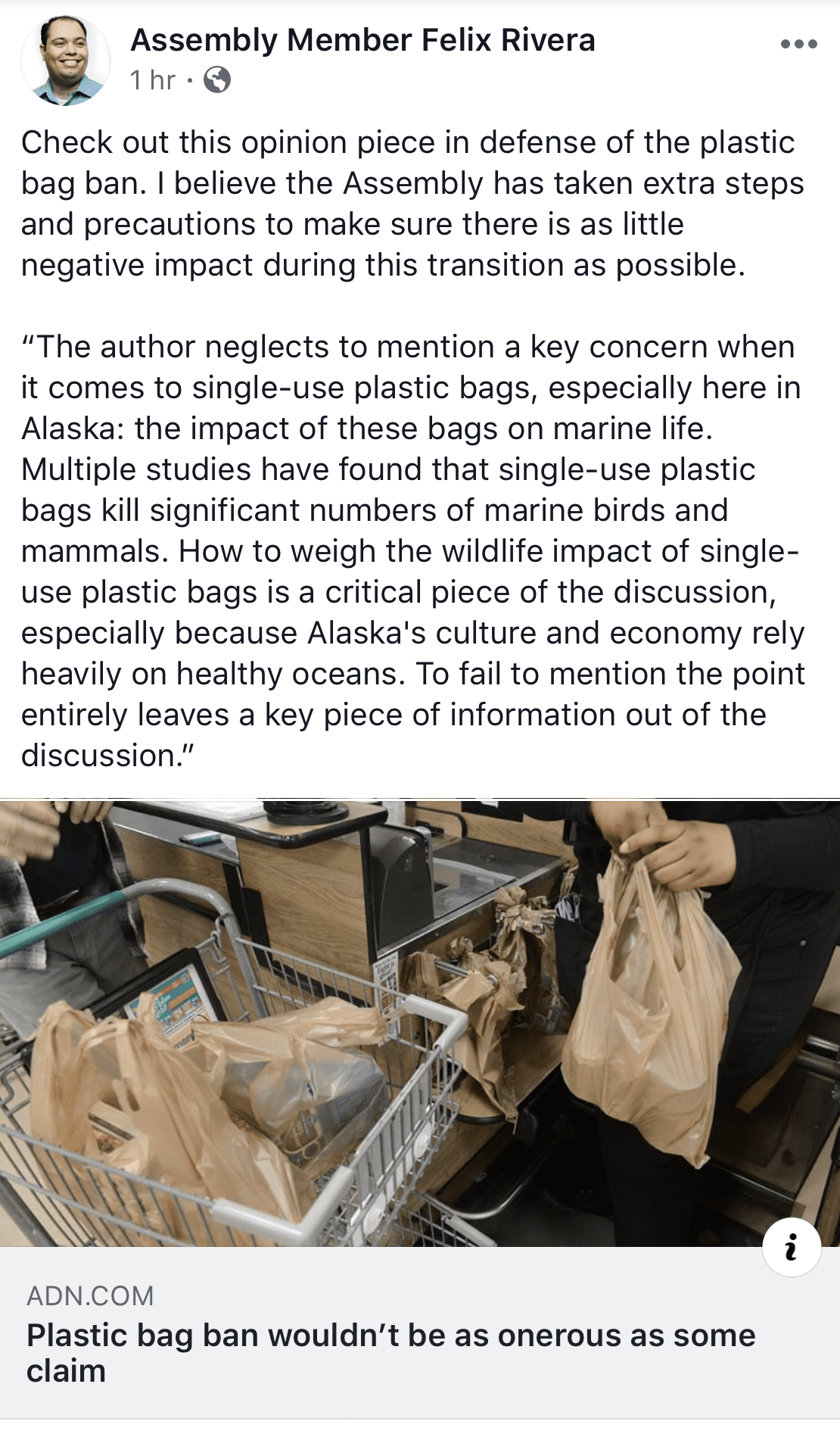 That’s not the only recent ADN Op-Ed featuring the Anchorage Assembly. Hey Felix, why don’t you post this one next? 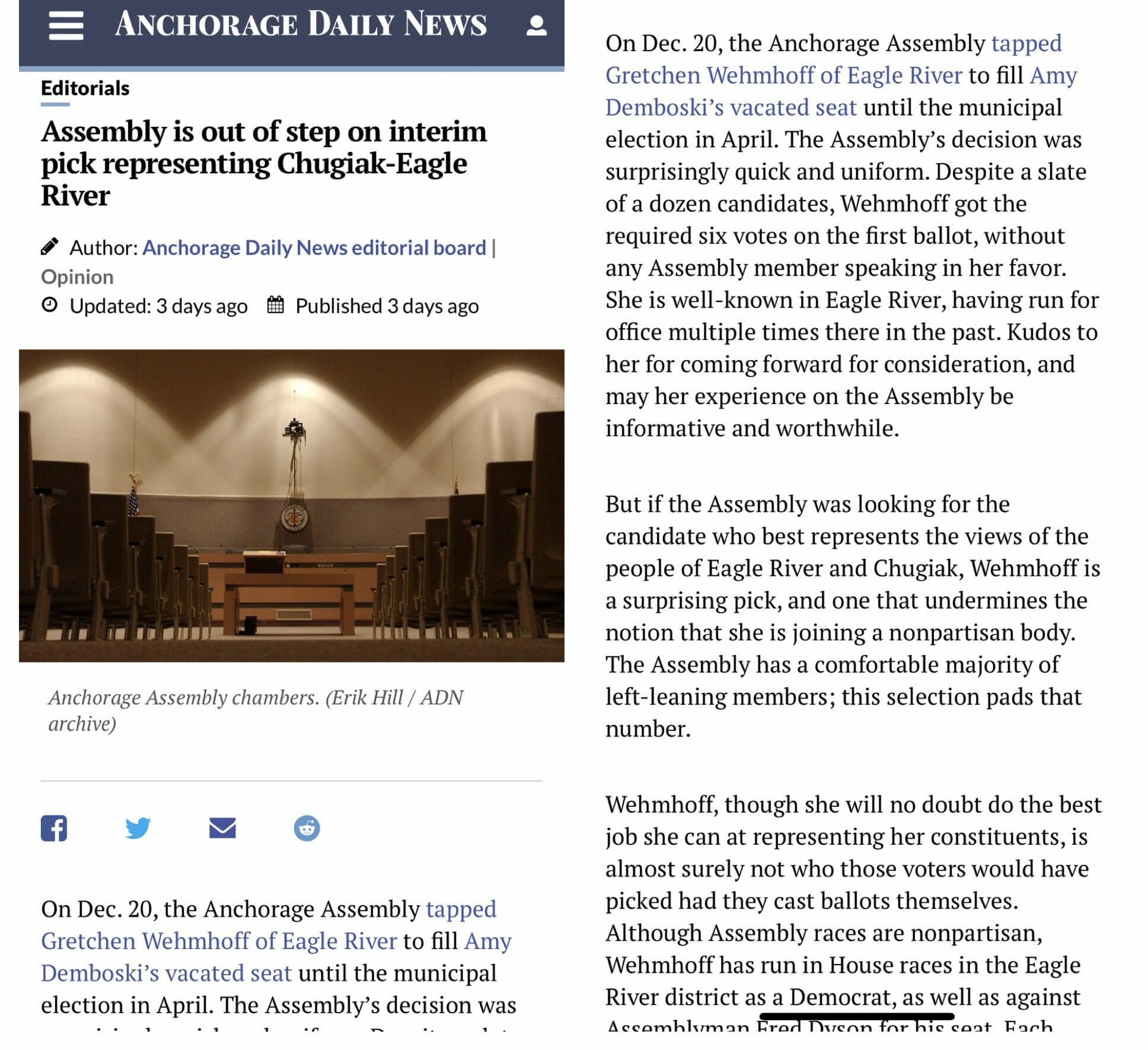 I mean, they’re not wrong. That being said, a warm Stalker and Alaska Democrats congratulations to Assemblymember Gretchen Wehmhoff on her appointment. 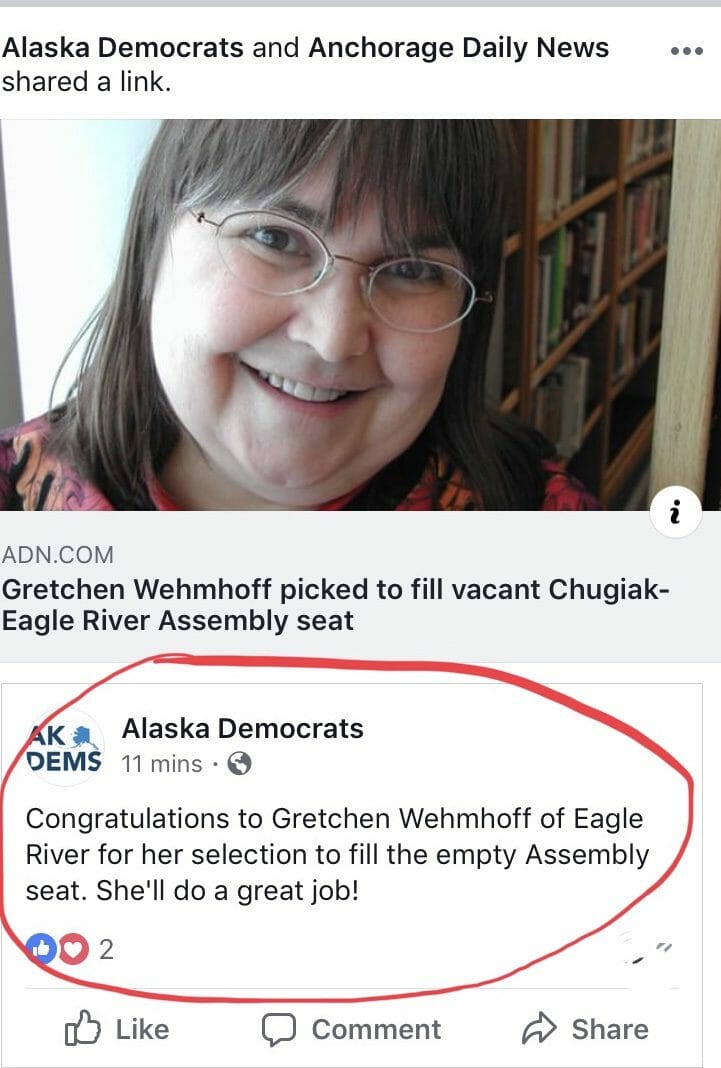 Speaking of Op-Eds, well known columnist Charles Wohlforth announced his departure from ADN. There were few things I enjoyed more than hate-reading a particularly… Wohlforthy column. His contributions will be missed. So, like, is ADN looking for a replacement? ?‍♀️ 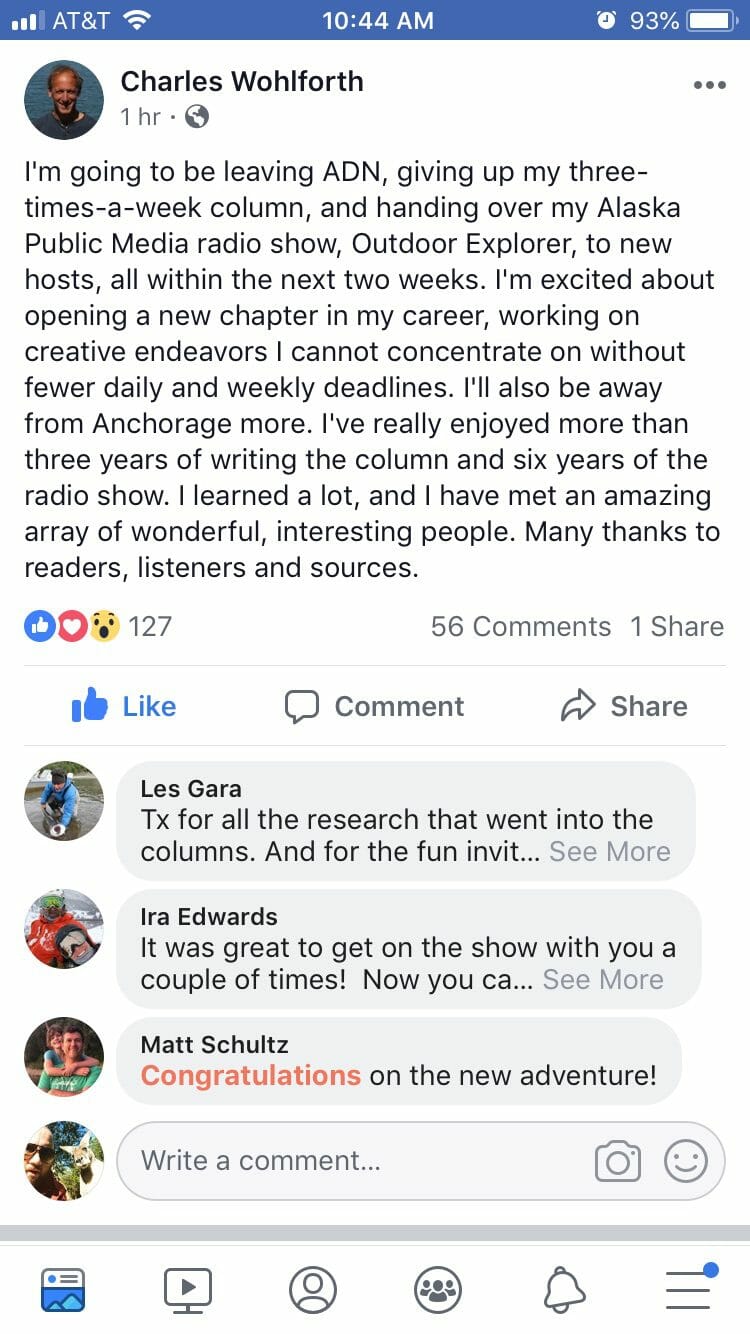 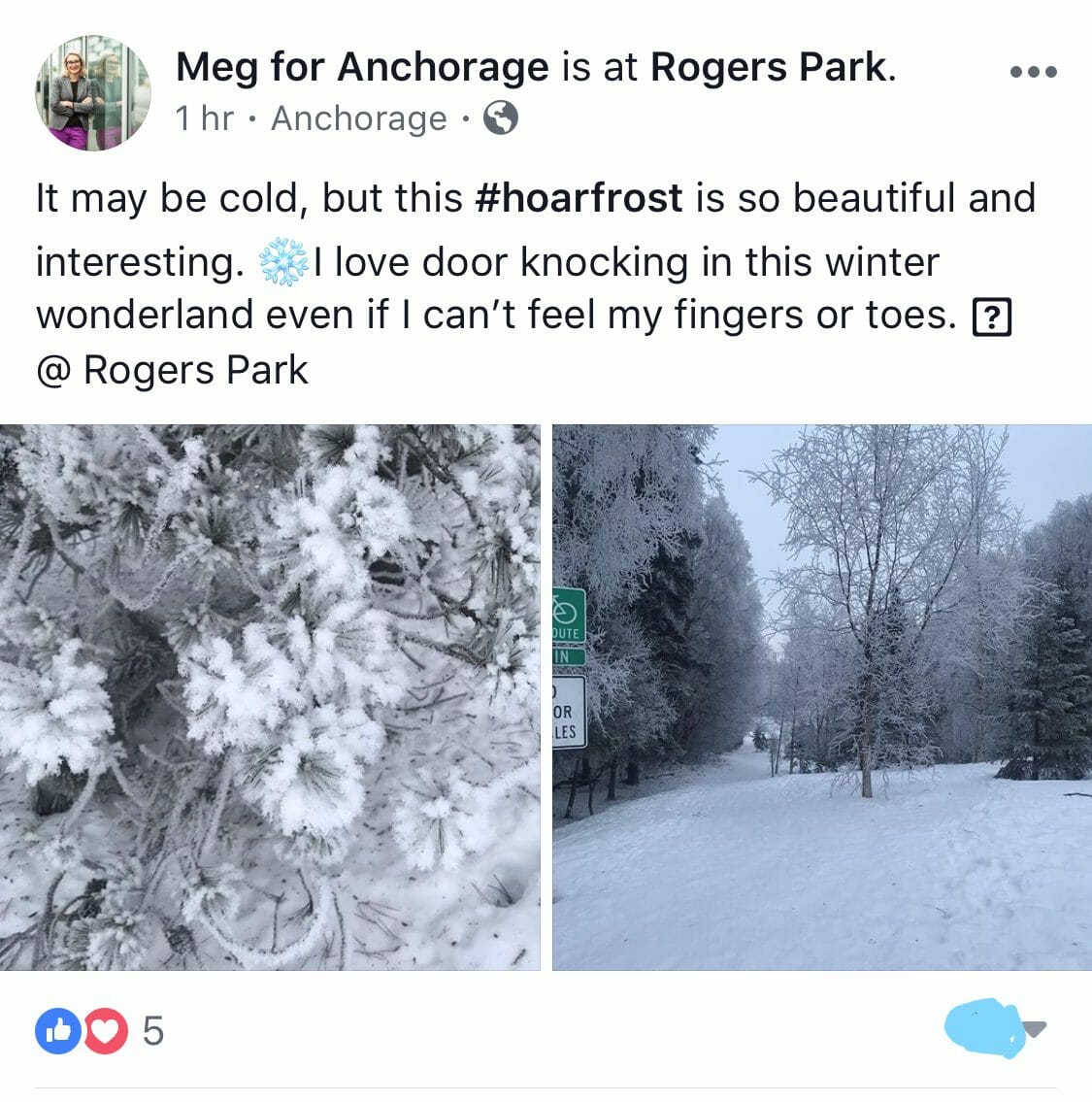 Speaking of Anchorage Assembly candidates… If you didn’t already know, now you do. 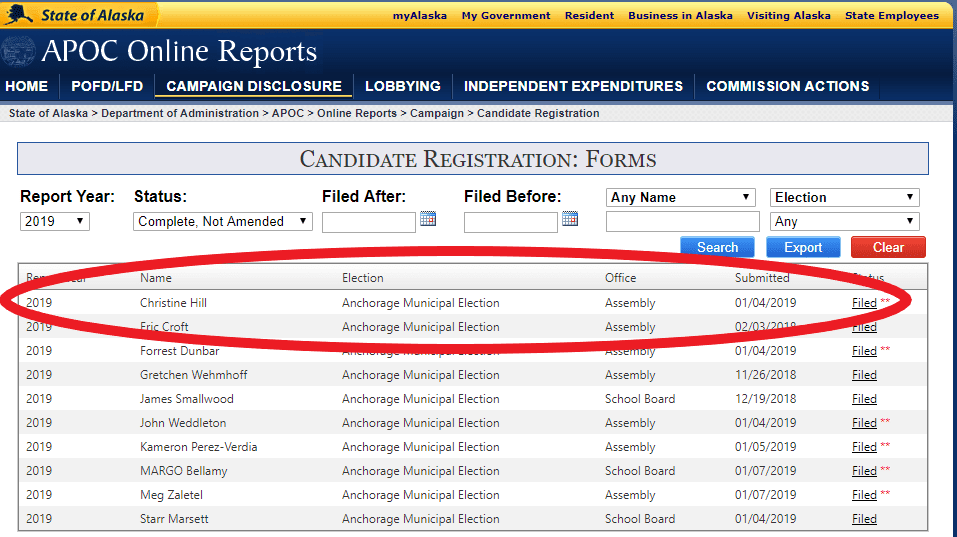 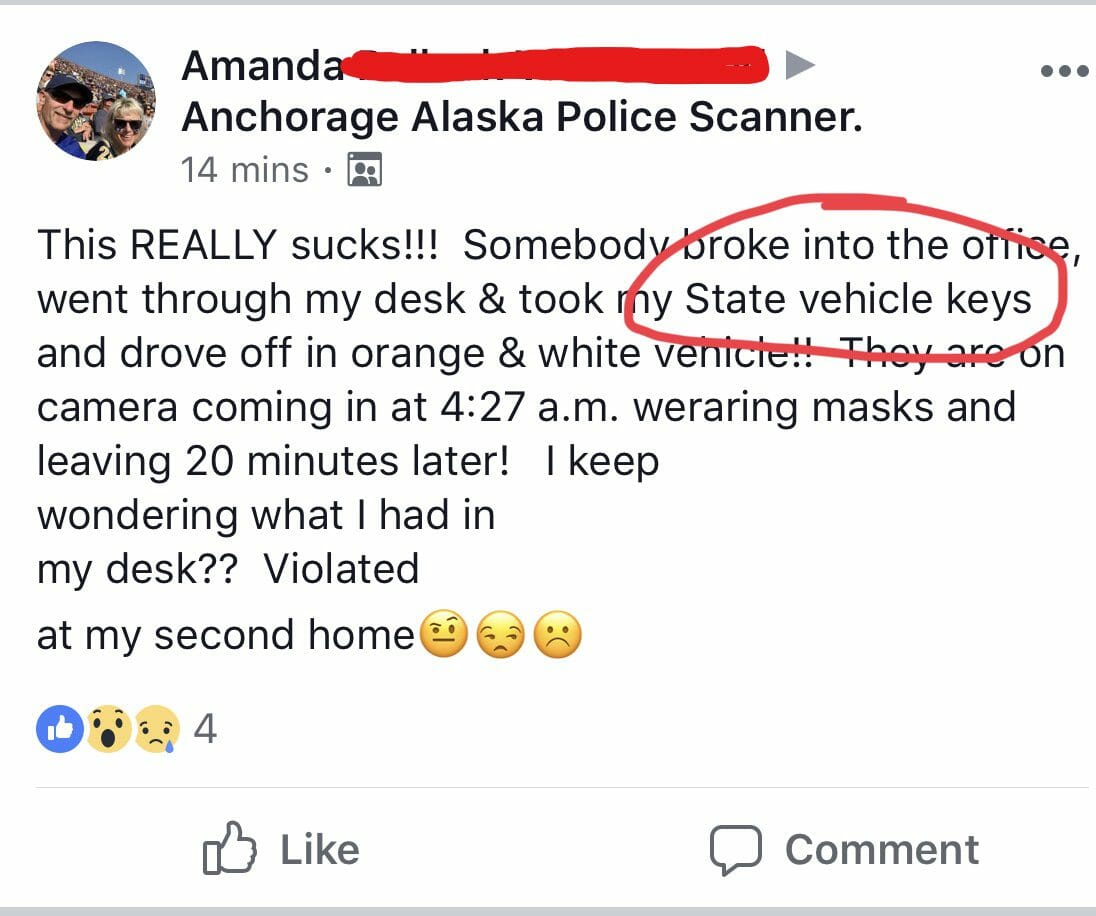 Just a friendly Stalker reminder that in addition to the wonderful farmers markets, year round ice rink, rooftop basketball courts, and more fantastical parking garage amenities, Easy Park now has Anchorage’s first downtown electric vehicle charging station! And it’s apparently “free” to use! These are all great things. But, shouldn’t being able to PAY YOUR FREAKING MONTHLY BILL ONLINE COME BEFORE ALL OF THESE THINGS?! ? 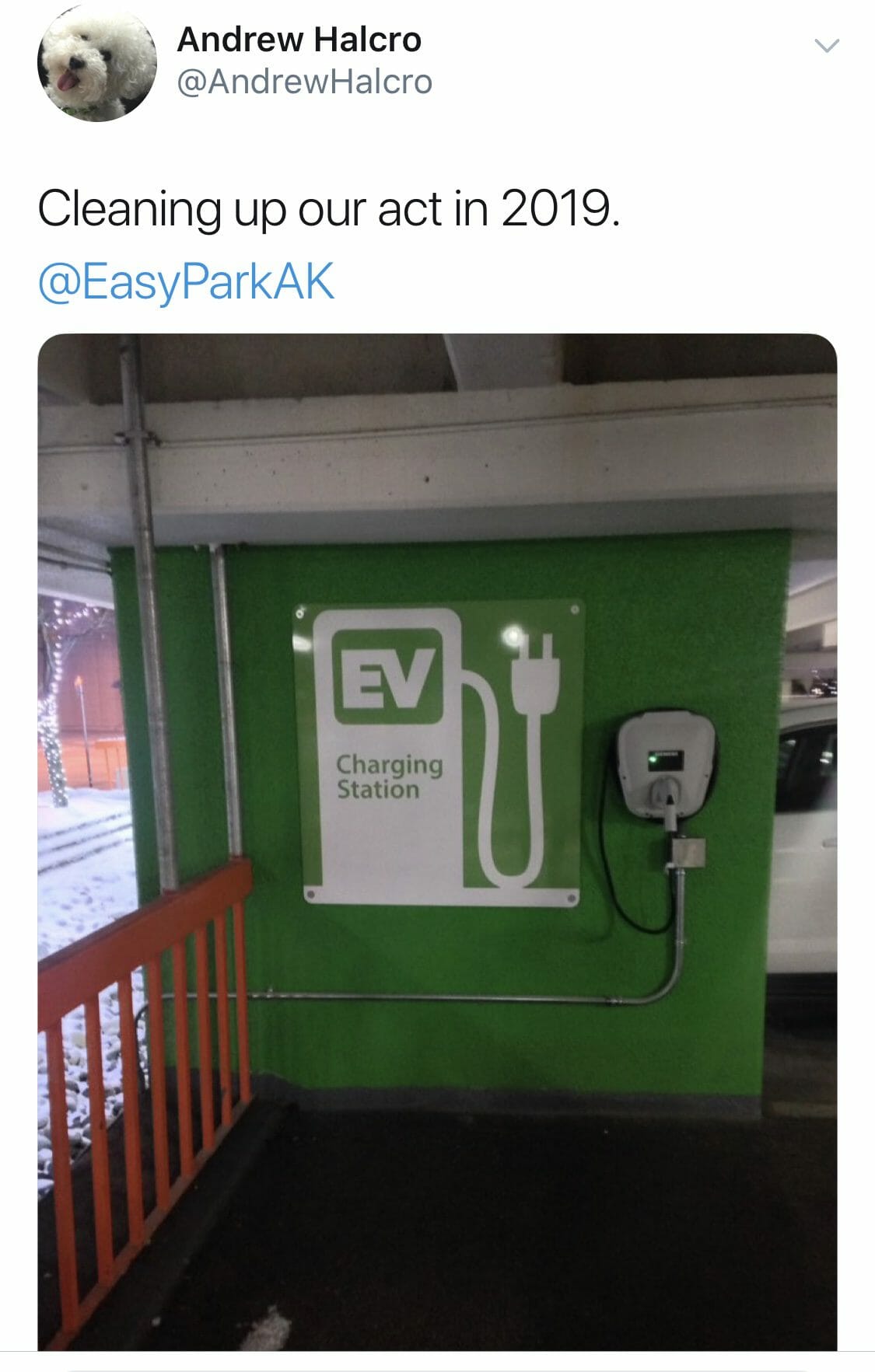 And, after a massive disturbance in the force, Anchorage is finally back to normal. Welcome home, Bob. It’s good to have you back in Anchorage, but especially back on the air. <3 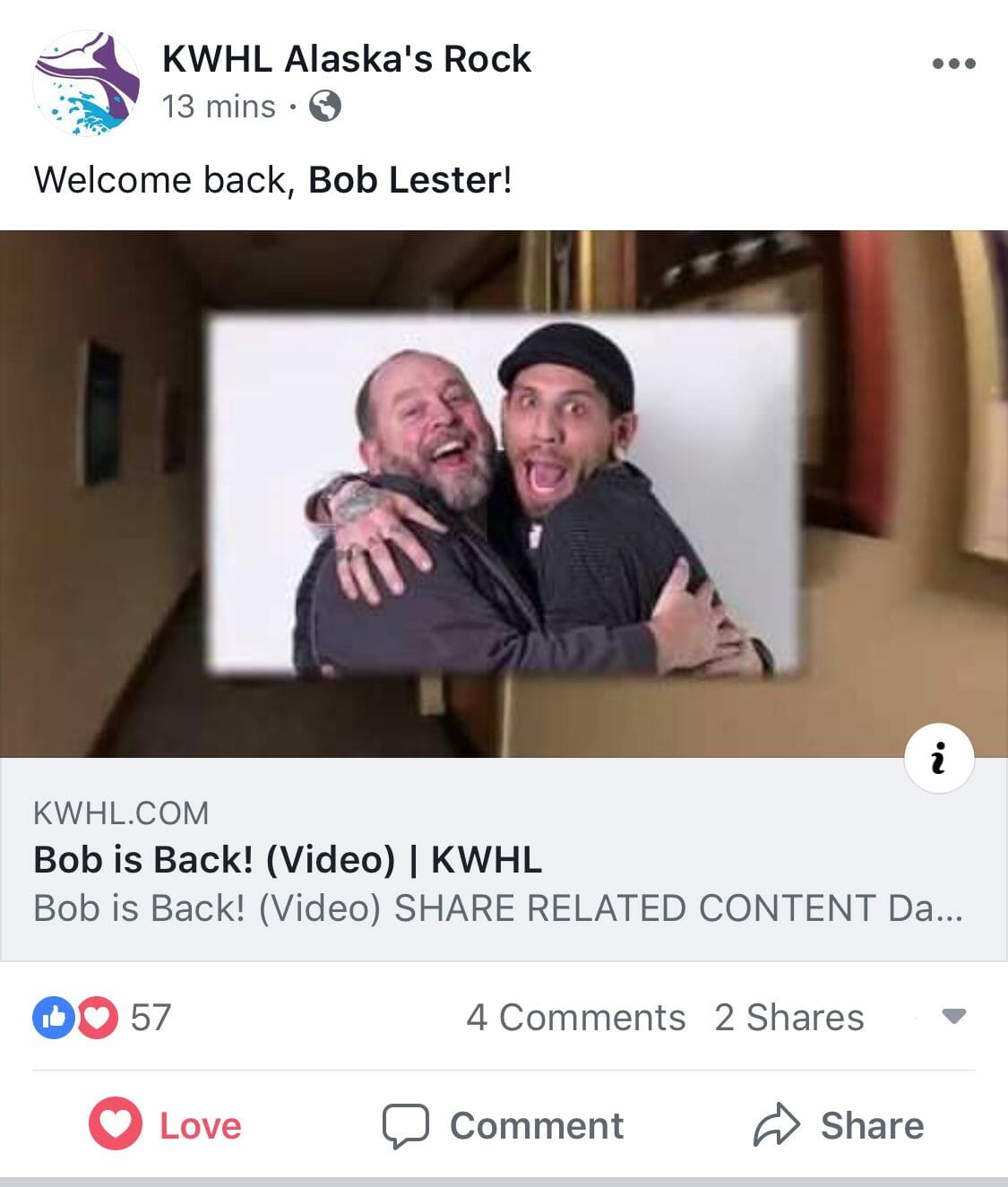 “I just found out [newly elected Representative] Ben Carpenter is married. Damn. I was really looking forward to getting to know that good looking man.”

“Everyone I blocked on social media are now staffers. FML”

Overheard at New Sagaya: When asked if a certain former politician was running for Assembly in the spring they said, “If I wanted to hang out with people who act like they’re in high school I’d rather just do what I’m doing now and coach them.”

Overheard at a Christmas party: “That damn Birkenstock is behind that bullsh!t plastic bag ban, I just know it.”

They went on to use Birkenstock in lieu of Berkowitz at least two more times. I honestly think it was an intentional brain fart coming from an old fart. And, compared to some of the other nicknames we’ve heard Mayor Berkowitz referred to, we kinda like it.

“Uhhh neither. Scott’s her brother.”

Spotted at Steam Dot Midtown: Senator Chris Birch having a leisurely meeting with an unknown whippersnapper. The meeting wrapped up in seconds as Chris saw Jeff Landfield walk through the door. I’m sure it was a coincidence. ? 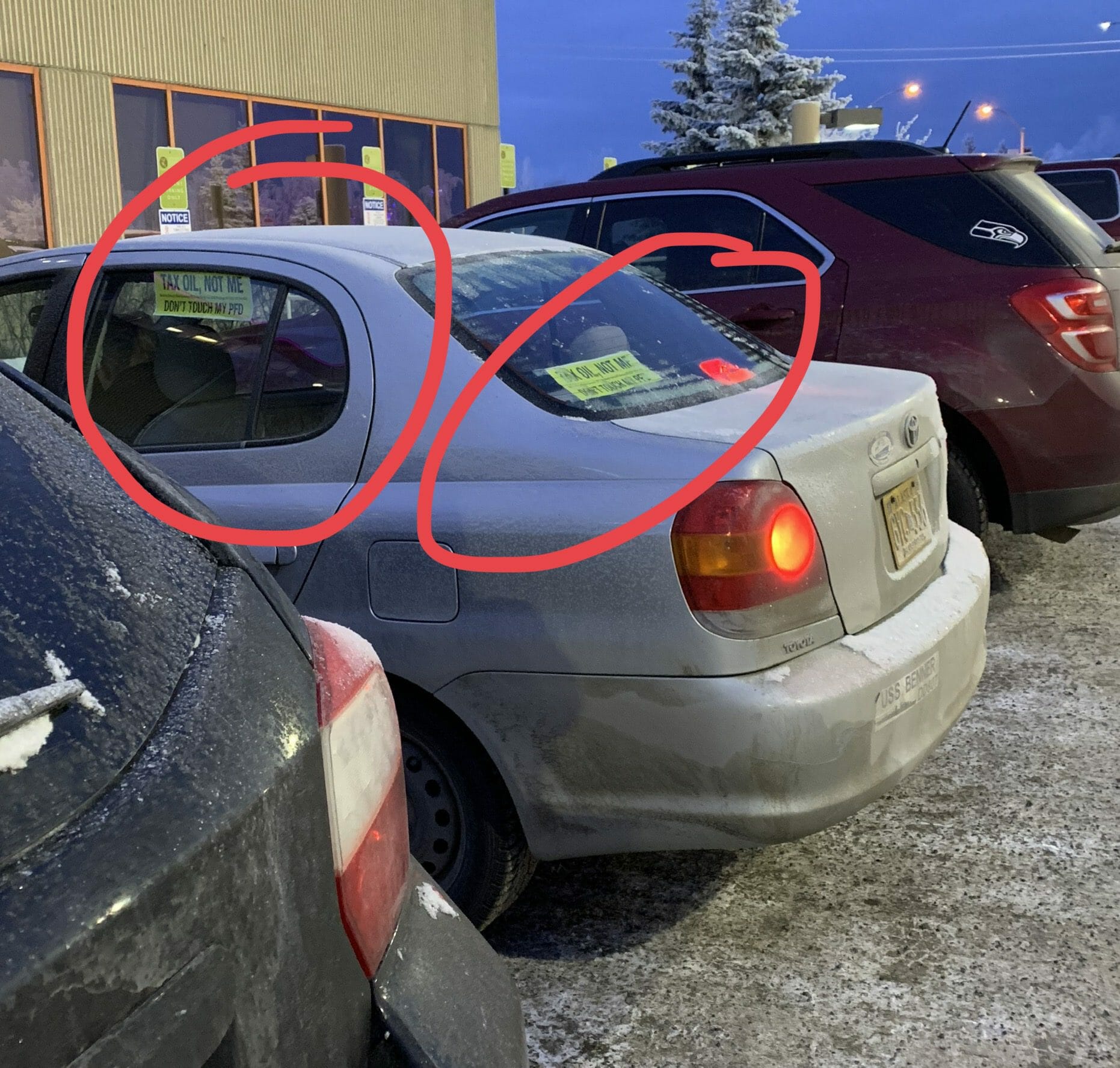 The Alaska Stalker was born and raised in Alaska, and lives in South Anchorage with her husband, daughter, and baby on the way. She is not Jeff Landfield.