The House Resources Committee continued to hold hearings on House Bill 288, Representative Geran Tarr’s (D – Anchorage) bill to raise oil production taxes. Folks from most of the oil companies operating in Alaska testified; obviously unhappy about yet another change in oil taxes. Alaska loves to change oil taxes! There have been at least 5 major changes in the last 30 years. A tip to legislators who haven’t worked in the private sector – companies value stability and certainty. A lot.

John Lincoln was confirmed this week by House Democrats as the new representative from District 40, which encompasses the North Slope Borough and Northwest Arctic Borough. He replaces former Representative Dean Westlake, who resigned amidst, ok at this point we all know why. #TimesUp

Not long after Lincoln was confirmed, Representative Zach Fansler (D – Bethel) submitted his resignation to House Speaker Bryce Edgmon. A story about Fansler recently published in the Juneau Empire detailed a drunken night that ended in him hitting a woman and rupturing her eardrum. At first he announced that he wasn’t going to resign, but it seems he eventually came to realize there was no way he could remain in the legislature.

The House Majority Coalition said Fansler’s staff will be re-assigned and allowed to continue to serve their district. However, not all rural staffers whose bosses have resigned have been so lucky. Some have been let go (thrown under the bus?) for no apparent reason. It’s almost like this year’s session is an episode of Survivor. Who’s next to be voted off the island?

Fansler’s resignation is effective February 12, 2018. Some in the Capitol wonder if the date was set later to give Governor Bill Walker time to focus on the Mike Dunleavy replacement before he moves on to the Zach Fansler replacement. At this rate, Walker will soon have a legislature entirely appointed by himself.

Speaking of the Dunleavy replacement, rumor is Walker is leaning towards Mat-Su Borough Assemblyman Randall Kowalke. Kowalke was not one of the three official nominees submitted to him by the Republicans. But, then again, John Lincoln was not one of the three names the Democrats sent to Walker to replace Dean Westlake, so…. Representative George Rauscher (R – Sutton) WAS on the list of the three names sent to Walker to replace Dunleavy, but I have a feeling the “BDSM FREE ZONE” sticker that was placed on his office door didn’t help his case. Click here for the bizarre back story on that. 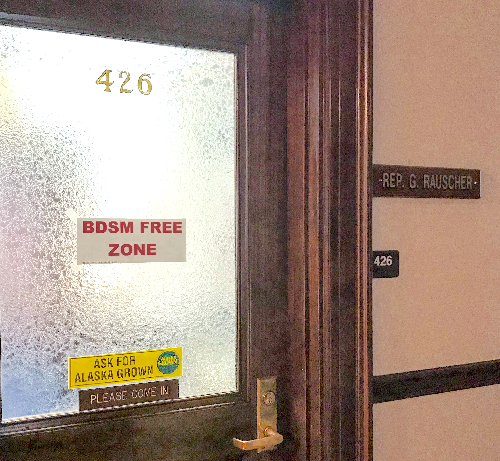 Representative Jason Grenn (I – Anchorage) had a little move this week. He took Dean Westlake’s old seat on the house floor. Grenn is probably the least likely person in the legislature, and probably in the state, to be involved in any kind of scandal. So that makes sense. A constituent in his district told me, “I don’t really like his politics but at least I know my guy is not going to get in trouble for doing stupid shit.” Not exactly a ringing endorsement, but these days, it sounds pretty awesome!

Recently retired longtime Legislative Affairs Director Pam Varni was given a sendoff on the house floor this week. The applause from the legislators was reminiscent of how the North Koreans clap for Kim Jung Un. Just like this:

They all know how much dirt Varni has on them. Representative Charisse Millett (R – Anchorage) gave her an especially long and glowing tribute. Would anyone else like to see the Charisse dossier?

Some older male legislators have recently said there’s not widespread harassment in the legislature. Others disagree. In response, this was written in an all women staff texting group:

I don’t think there’s widespread sharks in the ocean. Says man who hops into his boat and speeds away, leaving the women from his office to swim to shore.

Damn, I bet you can cut the tension in the Capitol with a spoon.

A Morning Consult (first time I have heard of it) article came out with polling information on America’s governors. Part of it said:

Bill Walker (I-Alaska) is the least popular governor running for re-election this year, with net approval of -26%.

Walker posted the largest net slide in approval of any governor in the fourth quarter, falling 19 points compared to the previous quarter.

Many Republicans were excitedly talking about and sharing the poll this week. But they are the same people who say we can’t trust polls because of “the swamp”, the establishment, and Trump. I’m confused.

A school tour of the Capitol got interesting this week. While in Lieutenant Governor Byron Mallott’s office, apparently a teacher, a white female one, was telling the group of students how wonderful it was that William Seward had the “good idea” of buying Alaska from the Russians for such little money. Seems like a great thing to say in the office of an Alaska Native guy… Sounds like Byron was not in the office when she made the comment.

Speaking of the Lieutenant Governor. Have you heard of the Election Policy Working Group? Me either. It’s a group formed by Byron Mallott to study how elections are run in Alaska and see what can be done to modernize them. Lots of high-level people are in the group. They held a meeting this week in Juneau to which a lot of people from around the state had to call in. There was a slight problem though. The dial-in number sent to them didn’t go to the conference, but was instead a sex hotline!!! YESSSSS. Press 1 for some hot girl on girl action. I wonder if there was a BDSM kink option. I’m dying.

Morning KENI conservative talk show host Rick Rydell recently got married, well actually re-married to his ex-wife. Congrats to them both on a round two. Rydell does have her name tattooed on his arm. I wonder if the cost of the tattoo removal factored into the decision?

Connie Dougherty held a campaign fundraiser on Monday at Gallo’s Mexican Restaurant on Arctic on Monday (1/29/2018). She is running against Forrest McDonald in the Republican primary to see who’ll go up against Representative Chris Tuck (D – Anchorage) for District 23. Politicos in attendance included: Ron Jordan, Kris Warren, Dawn Linton-Warren, Julie Tisdale, Rick Whitbeck, Sara Rasmussen, Joe Riggs, Stephen Duplantis, and Anthony Lekanof. The event had quite a few constituents from the district in attendance as well. Dougherty is a client of Pinnacle Group, a new conservative political consulting firm. All six of Pinnacle’s clients seem to be very supportive of each other. Rasmussen, Riggs, Duplantis, and Lekanof are all running for Alaska State House and are all Pinnacle Clients. Not sure how Forrest McDonald’s campaign is going as I was banned from his kickoff event. Am I still on a ban Forrest?

It’s no secret that the political blog, Must Read Alaska, run by right wing activist blogger Suzanne Downing is an Alaska GOP propaganda tool. Many wonder if she is actually funded by the Alaska Republican Party or its surrogates. Well, this piece of the puzzle may help. Downing is listed on the Alaska Republican Party’s website as assistant treasurer. Someone needs to talk to their web guy about photo sizing. 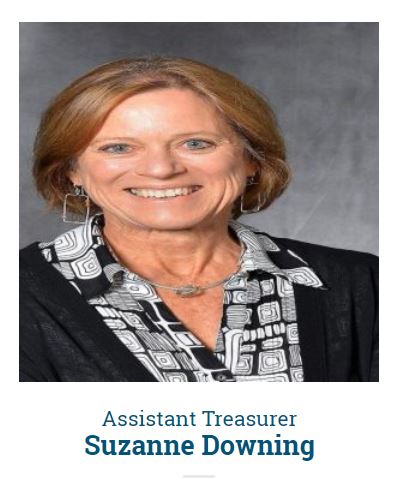 I wonder what the Alaska GOP check signing policy is?

Please enjoy this public service announcement from the Alaska Landmine:

Attention candidates for political office. Many of your kids are probably eager to help out. But, before they do, you should definitely talk to them about what is appropriate to post on social media about your campaign. Especially when they are posting about your campaign and referencing adult film stars.

This has been a public service announcement from the Alaska Landmine.

A lot of people were caught off guard when Anchorage mayoral candidate Rebecca Logan told the Anchorage Daily News she is opposed to Prop 1, the anti-transgender bathroom bill being put forward by Jim Minnery and his small social conservative army at the Alaska Family Council.

But a one-off statement to the ADN isn’t the end of the story. A Landmine fan spotted her at a local coffee shop this weekend meeting with ACLU boss Josh Decker and other top people from Prop 1’s opposition campaign, Fair Anchorage. Were they discussing how best to work together to defeat Minnery? Folks who saw the meet up first hand say it sure looked like it.

People inside the campaign wouldn’t tell me how much Logan had committed to help against Minnery but they are clearly ecstatic that Minnery can’t even find one serious candidate to run for mayor who supports his proposition, not even the one endorsed by the Alaska Republican Party. 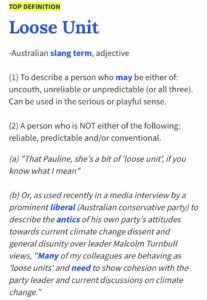 Let’s start with the Senator. A report from the Legislative Affairs Agency determined that Wilson retaliated when he held a bizarre press conference at the Anchorage Legislative Information Office in December. Looks like calling the media “fake news” only works for Trump. His colleagues advised him not to do it, but as a Loose Unit, he went for it anyway. Part of his punishment, if you can call it that, was to write an apology letter to the staffer he acted weird AF around. You can see the letter below. #SorryNotSorry 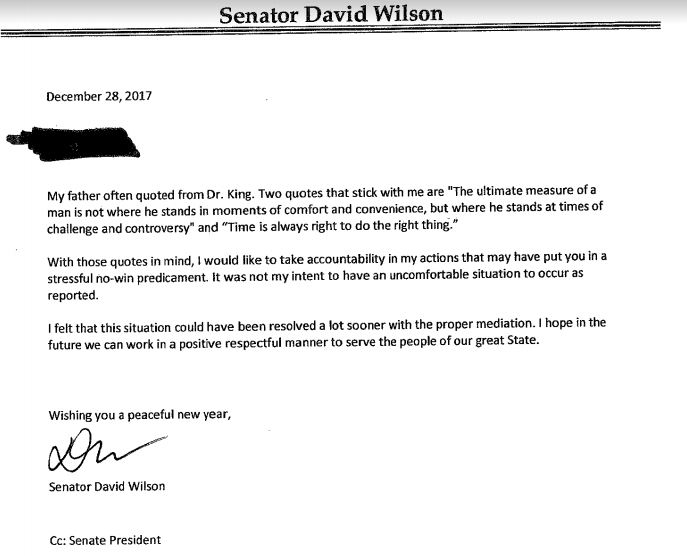 Now to the Representative. Eastman was removed from the Select Committee on Legislative Ethics this week by a house vote of 31-6. Apparently Eastman leaked information from the committee to a member of the public. Classic Loose Unit. While defending himself on the house floor, he was also wearing some medals or something on his jacket. Not sure if they were military medals or merit badges or, hell I have no idea. Here is a pic: 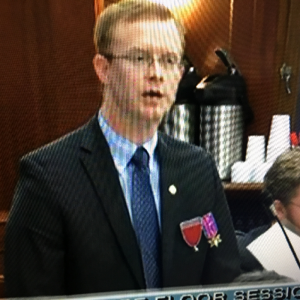 Damn, the Valley Davids are some Loose Units.

Thanks for reading. I do a column every Sunday.