In a surprising move, all white and white-passing members of the Alaska Young Democrats (AYD) resigned from the group en-masse last week. As one white former member of the AYD told the Landmine, “We’ve always supported Democratic causes and candidates, but we felt that we had a moral duty to resign. White people are responsible for almost everything wrong with the world, and we recognize that as white people we will always be racists–no matter what we do! By staying in AYD, we’d merely be reinforcing the myth of the “White Savior” and continuing to exploit our privilege to steal unearned space from BIPOC. We finally acknowledged that it’s our duty to leave the Alaska Young Democrats.” 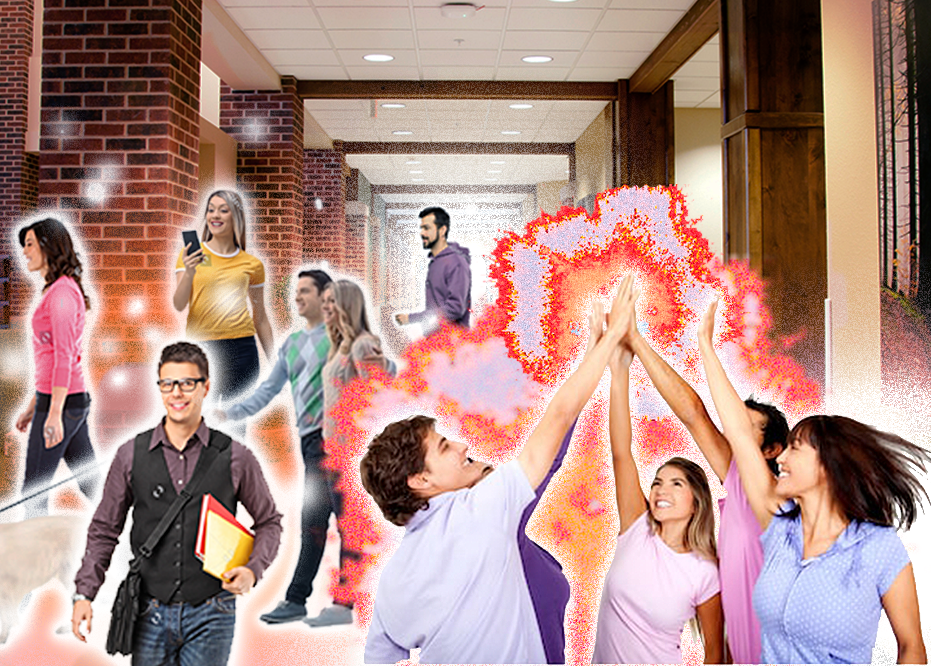 Alaska Young Democrats President Genevieve Mina was disappointed that the group was losing the majority of its members but was appreciative of her former white members. “We really hate to lose so many people but they realized that allowing BIPOC to have more of a voice was the right thing to do. Recognizing and acknowledging their white privilege is an important part of their journey.”

Multiple sources confirmed that several dozen white former Alaska Young Democrats attempted to join the Alaska Young Republicans (AYR), but the transition was reportedly problematic. As former AYR President Ryan McKee told the Landmine, “Yeah, at first we were excited when all of these Democrats said they wanted to join us. But it was weird, they kept telling us they were racists. We’re really not about that, you know? I was born in El Salvador. The Alaska Young Republicans don’t tolerate racism. We’re really just about fiscal responsibility and getting moderately lit on the weekends.”

Alaska Young Republicans President Sarah Hetemi attempted to reason with the former Democrats, with little apparent success: “We’d ask these former Democrats, like, ‘what are you guys thinking or doing that’s racist?’ They just told us they didn’t know, and that was proof they had fully internalized their racism. A couple of them started hyperventilating so we stopped pushing it. We told them they could stuff some campaign mailers into envelopes for Republican candidates, but when someone said the phrase ‘white envelopes,’ three of the former Young Democrats had full-blown panic attacks. It was just so sad. We almost called an ambulance.”

Other Young Republicans were less impressed. As one African-American member of the Alaska Young Republicans told the Landmine, “I just tried to ask these people their names, but all they would say was ‘we’re here to listen.’ I asked them: ‘what are your names? Where are you from? Why do you want to join us?’ But it was always the same answer. ‘We’re just here to listen.’ Over and over again. It was pretty creepy, to be honest. I still don’t know who they were.”

The former Alaska Young Democrats seemed confused and exhausted by the exchange, and decided to reconvene at a local cafe. However, after realizing that the cafe was owned by a Korean-American family, and not Black-owned as previously believed, the Democrats began packing up to leave. Speaking anonymously, one member told the Landmine, “This whole thing has been so bewildering. There were more racial and ethnic minorities in the Young Republicans than in the Young Democrats. Were they just suffering from internalized racism? Were they transracial? Was our white existence threatening these BIPOC? Even after reading ‘White Fragility’ and ‘Between the World and Me,’ we just don’t know what to do. It’s almost like we can’t tell what racism is anymore.”

Don’t you have better things to do

As posted on your FB page… “Mocking people who are trying to figure out how to be Anti-Racist isn’t funny.”

Oh stop it. Just because you have a laudable goal doesn’t mean you’re exempt from satire. Every good movement has its ridiculous hypocrisies, excesses, absurdities, etc. There’s nothing wrong with pointing them out, and no movement is EVER above criticism.

It is funny and frightening how accurate this satire is.