The deadline to withdraw from the general election (pull out day) has come and gone. Speculation about whether or not Mark Begich would withdraw has also come and gone. The 2018 governor’s race will be a three-way race. The next two months will prove to be very interesting, and definitely entertaining!

On Tuesday morning (9/4/2018) Mark Begich announced he would hold a press conference at his campaign headquarters later that afternoon. Tuesday was the deadline to withdraw from the primary. Many Democrats were hoping he was going to withdraw from the race. They are concerned that a three-way race will ensure a Mike Dunleavy victory. All of us who pay attention knew Begich was not going to withdraw. Say what you want about Mark Begich, he knows how to bring in the crowds. There was easily over 100 people there including many prominent Democrats, elected officials, and media. Compare this to the awkward press conference that Mead Treadwell held at the end of July where like six people showed up.

Begich also announced this week that he is supporting the Stand for Salmon ballot initiative. This makes him the only candidate in the race who supports it. While it will surely alienate support from pro-resource development people, it is a major issue he can use to differentiate himself from Governor Bill Walker and Mike Dunleavy. In a three-way race, 40% should be enough to win. My guess is there is polling to show that at least 40% of voters support Stand for Salmon.

The Juneau Chamber of Commerce held a gubernatorial debate this week. All three candidates were present. Mike Dunleavy appears to be out of hiding. He has skipped some recent debates and forums. If that debate is any indication of how the rest of the race will go, it will be Begich and Walker going after Dunleavy, who they both must see as the frontrunner, at least for now. Here is the audio of the debate. And then there is this gem from Mark Begich. If you are going to go low, you may as well go really low. Odds on the number of days until Trump blasts Begich on Twitter?

The Alaska Public Employees Association (APEA), the oldest public employee union in Alaska, seems to be having some serious internal issues. The secretary and treasurer, Cris Sanders-Porter, resigned her position in a letter sent out to the board of directors. She did not hold back. The Landmine obtained the letter, it can be seen in this article. Several union members have expressed frustration and disappointment with union leadership and are vying to take back their union. This should get interesting.

A lot of Alaskans have been protesting the nomination of Brett Kavanagh to the Supreme Court. There have been protests outside of Senator Lisa Murkowski’s (R – Alaska) office, posts on social media, and polling that says a majority of Alaskans do not support his nomination. Sorry folks, the only debate is how close his conformation vote will be, not whether or not he will get confirmed.

Alaska Republican Party Chairman Tuckerman Babcock seems to like William Weatherby. Weatherby is a Republican running against Representative Bryce Edgmon (D – Dillingham). He has run before and is a rather loose individual. Babcock got into a bizarre Facebook argument with Edgmon’s Chief of Staff on Weatherby’s page (someone sent to me because Weatherby blocked me). You can see it here, along with a how to guide Weatherby wrote on when it is appropriate to kick women in the pussy. Some like to grab em and some like to kick em. You can’t make this shit up. 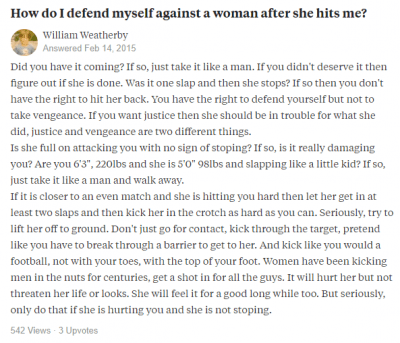 The Chair of the Alaska Republican Party calling the Chief of Staff to the Speaker of the House a political hack on the Facebook page of the Speaker’s opponent, who wrote a how to guide on when men should kick women in the vaginas. Next level. Edgmon was a long time member of the previous Republican House Majority. Imagine if the Republicans need his help in the future…

Claire Pywell has accepted a job as Special Assistant with Labor Commissioner Heidi Drygas. Pywell leaves her role as Communications Director at Strategies 360. All the best to her in her new role, even if it is a short lived one (Commissioners serve at the pleasure of the governor). Related to that, Chanda File started with Strategies 360 this week. She comes to Anchorage from Fairbanks, along with her boyfriend, Midnight Sun blogger Matt Buxton. Is a turf war in the works? The best to both of them in the big city.

Daniel McDonald, Press Secretary for the Alaska Senate Majority, is also now working as Press Secretary for Mike Dunleavy’s campaign for governor. He worked with Dunleavy when he was in the senate, so it seems like a natural fit. Daniel, I’m looking forward to interviewing the big guy.

Jeanne Devon, blogger, author, and former Press Secretary to the Senate Democrats, started as Communications Director for the Alaska Democratic Party this week. I’m sure the Republicans are thrilled!

KTVA announced some big changes this week. This comes after a slew of layoffs including anchors Emily Carlson and James Gaddis. Liz Raines and the weekend crew are moving to the morning show. Morning show anchor Megan Mazurek is moving to anchor the 5, 6, and 10 o’clock news. It seems KTVA is trying to shuffle things around to try and stop bleeding money.

Craig Medred inquired about the recent KTVA layoffs and was basically told sorry, we don’t provide comment on personnel matters. Medred nailed it with this comment, “Hiding behind such boilerplate has become a classic dodge for media companies that expect some level of transparency from other businesses and full transparency from government.” I love it.

Speaking of KTVA, this sort of leads us to this week’s Loose Unit. Remember the packed press conference Mark Begich held this week? Everyone was there, except for KTVA. Reporter Liz Raines tweeted this out about the Begich press conference. I think it’s more likely that because KTVA has fired almost everyone Raines had to stay in the office so someone could answer the phone. While this is fairly loose behavior, it is no where near as loose as this week’s Loose Unit.

It doesn’t get much looser than that. There is fake news, and then there is FAKE NEWS! It only gets stranger from here. That post was not up long. Once they realized what everyone else already knew, it was taken down and replaced with this. Classic Loose Unit move.

If it all ended here, it would definitely merit Loose Unit status. But it gets even looser. Not long after the press conference, Hickman posted up this article. Someone should tell Hickman sometimes it’s better to just cut your losses.

Then, the next day Hickman went full Loose Unit and wrote this article: