It’s October! Holiday season is just around the corner. Unfortunately, there was little in the way of good news this week in Anchorage. Two nights of public testimony at the Anchorage Assembly over a proposed mask mandate turned into bedlam. It was like nothing I have ever seen before. Public testimony will continue tomorrow at 5 pm. And the fourth special session is set to kick off tomorrow at 2 pm in Juneau.

The Anchorage Assembly appeared to have devolved into a kakistocracy this week. The mask ordinance that Assemblymembers Meg Zaletel and Pete Petersen introduced last week came up on Tuesday for public testimony. Hundreds of people showed up to testify, and more signed up by phone. But it took almost seven hours to get to the public testimony due to other business. So you had all these people in the room who were spun up and creating disruptions throughout the meeting. The meeting was extended to Wednesday. This is where things started to get out of control. Dozens of people opposing the mask mandate wore Stars of David, comparing the mask mandate to what happened the Nazis did to the Jews. One woman I spoke with on camera compared Dr. Anthony Fauci to the Dr. Josef Mengele, the Nazi doctor who did atrocious medical experiments on people at Auschwitz. After I told her some of the things he did, and asked her if she could really compare Fauci to Mengele, she told me absolutely. She then asked me if I knew that Fauci was funding research that took the scalps of unborn babies to see if they could grow on rats. The meeting devolved from there.

Assembly Chair Suzanne LaFrance had little control of the meeting that was dominated by mob rule. Assemblymember Jamie Allard attempted to filibuster the meeting by asking questions to nearly everyone who testified. Mayor Dave Bronson and members of his administration encouraged their supporters who were opposed to the mask mandate. Four people were arrested on Wednesday, including a man who did not disclose he had a concealed handgun until after he was in handcuffs. Paul Kendall, long known as a gadfly at public meetings, called Assemblymember Chris Constant a “cocksucker” during his testimony. He received applause and high fives as he was walking out. One man offered to buy him a beer. He was later arrested. My biggest takeaway from all of this is that Paul Kendall, who for as long as I can remember has been dismissed by everyone as an annoying distraction at public meetings, has been elevated to a thought leader among this new group. We are definitely in uncharted territory.

Paxson Woelber was able to take a lot of photos of the meeting. You can see many of them in this article or on the Landmine Flicker page.

We released this highlights reel today from the meetings. Big shout out to Scott Jensen for making this video and running our live stream of the meeting. We will be there again tomorrow night. If you are interested in sponsoring the live stream, get a hold of me. We can include your logo on screen and I will recognize your business or group when I am giving updates. It is not cheap or easy doing these live streams. In addition to using the Assembly’s feed, we have our own cameras in the room (which are much higher quality), as well as my mobile camera. We also allow comments, where the Assembly’s YouTube has comments turned off.

The fourth special session kicks off tomorrow at 2 pm. House Speaker Louise Stutes (R – Kodiak) sent a letter to Governor Mike Dunleavy (R – Alaska) asking him to cancel it. He responded by saying no. I am not clear on how many people will show up but it sounds like just enough for a quorum for each body. Don’t expect much to come out of this session. 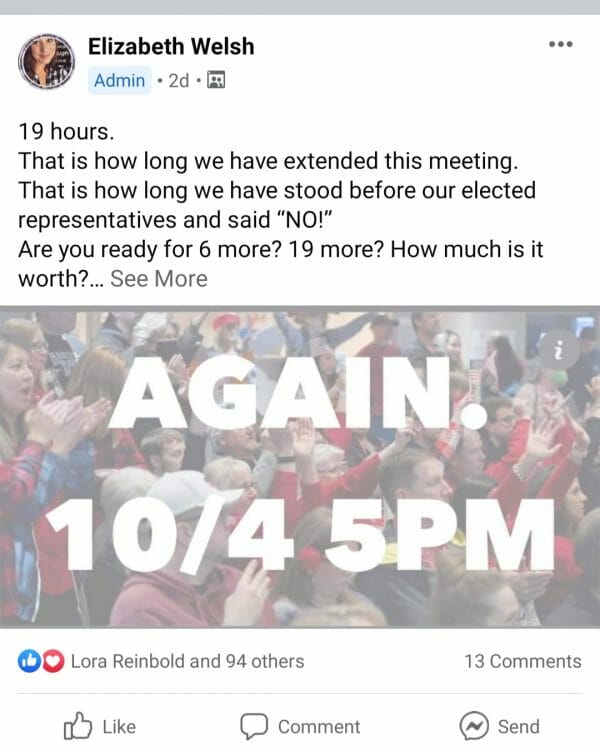 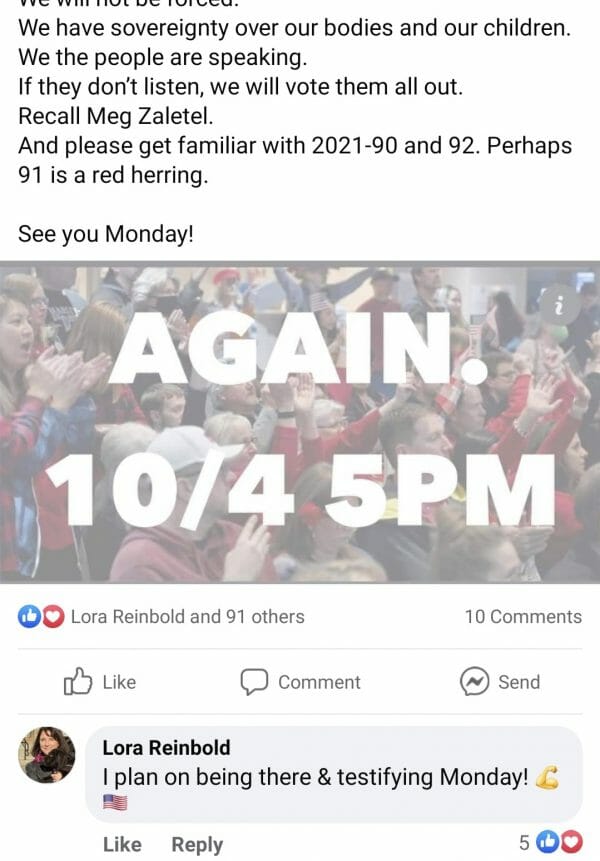 The Redistricting Board held public meetings in Southeast this week. They are holding a meeting tomorrow at 4:30 pm in Anchorage, as well as other parts of Alaska this week. Click here to see the public notices. Stay tuned for a Landmine article where we break down the four third party maps.

MJ Thim is leaving his role as director of community relations with the Anchorage Police Department after more than four years. He is moving to the Anchorage School District where he will be the senior director of communications and community outreach. He starts tomorrow. Congrats, MJ! He says he was not looking to leave APD, but he was just offered a good opportunity with ASD. Best of luck in your new role. Now how about that podcast?!

Governor Dunleavy held fundraisers this week in Soldotna and Anchorage. The one in Soldotna was held in conjunction with a cabinet meeting. Seven of the hosts for that fundraiser are his commissioners, and one, Treg Taylor, is his attorney general. Some big names for the Anchorage event. 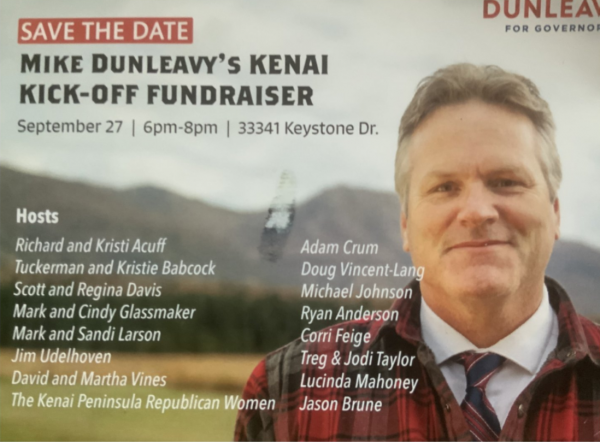 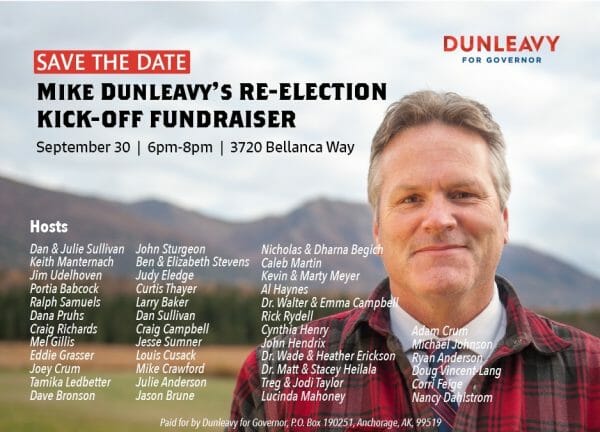 There could legitimately be 50 Loose Units this week. Between Paul Kendall calling Chris Constant a “cocksucker” on the record, the woman who knocked the camera out of my hand and told me to “leave Jamie Allard alone!”, all the people wearing Stars of David, there was no shortage of deserving candidates this week. In a week like this, one designee would not do. So, this week’s Loose Unit is a four-way tie. This is in no particular order:

There were many more, but these four really take the cake. Oh, there is a bonus Loose Unit. That guy Skip Myers, who was taunting Assemblymember Forrest Dunbar with a Star of David, aggressively approached me several times on Thursday and told me he was going to sue me. He was not happy about how the pic of him taunting Dunbar went viral. I told him to go right ahead and sue me. He also said he was going to file a police report against me for “threatening” him. Definitely a Loose Unit. Check out these messages from him to some Twitter troll. Wild.

Sorry Kendall is not a “loose unit”, he’s a homophobic bigot who should not be applauded when he acted like a 7th grade ignorant bully. Brushing off his attack downplays the severity of this hatred and bigotry.