Well, this week sure started out with a bang. 😲

This is wild. “The Guardian’s investigation has triggered a review in the Alaska department of law, where the lawyer works.” #akleg https://t.co/d3xzFerCOG

The account is still live (Ann Coulter follows him!) if you want to take a gander. Just don’t confuse it with this other dude’s Twitter. 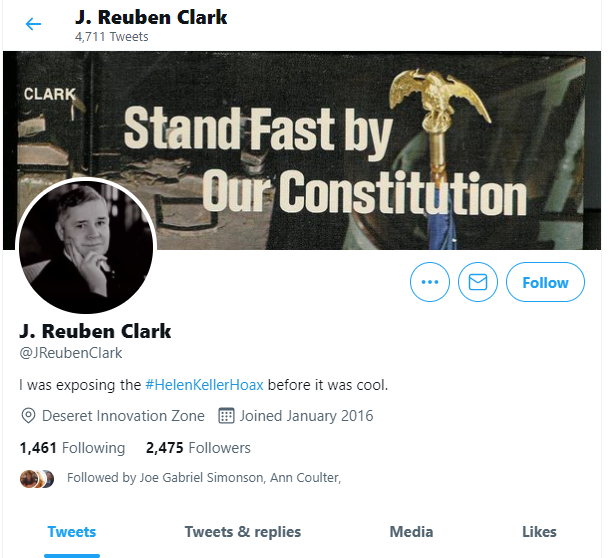 I guess Matthias is still active on Twitter because he blocked Shannyn Moore after she started trolling him.

Oh look- a racist cult member and asst AG of #Alaska has blocked me. He doesn’t realize this unlocked a @twitter level for me. #snowflake pic.twitter.com/99mRlf6wha

Of course the habitual Alaska Twitter participants weighed in. I’m shocked @scooterkendall only gave the article a mere retweet. SAD!

Andrew Halcro got so excited to drag Gov. Mike Dunleavy he conveniently forgot Alaska’s most infamous Deseret Nationalist was also employed under Parnell and Walker. If he’s waiting to see how Gov. Dunleavy handles this, then that makes two of us. Talk about being backed into a corner. Grab your popcorn, folks. 🍿🍿🍿

Sexual predators, liars, incompetence and now this. Is there any morality at all in the @GovDunleavy administration? Where you at @BillWalkerAk your state is calling. https://t.co/OC6EzBa7zN

I gotta give it to Libby Bakalar; she is old school ACLU.

There are many key distinctions btwn my open political speech advocating social justice & an AAG tweeting white hate under a pseudonym. Which is fireable? Tough for the govt to draw such lines. FWIW, I don’t think ANY govt employee should be fired for their personal social media.

At this point I understand why Gov. Dunleavy has to outline in every Tweet that he supports his own AGs. You never know when one is going to go full Deseret Nationalist. 🤷 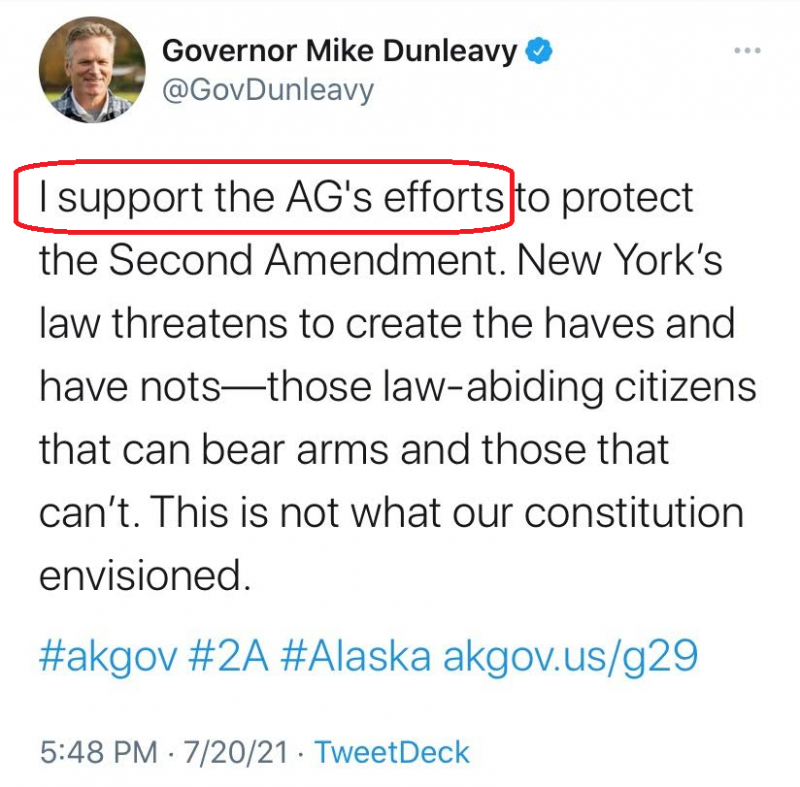 Imagine that, the Alaska Department of Law is currently recruiting for a Communications and Public Relations Special Assistant. On one hand, cushy public affairs jobs are really hard to come by in Alaska. On the other hand: Kevin Clarkson, Ed Sniffen, Matthias Cicotte, NO THANK YOU! 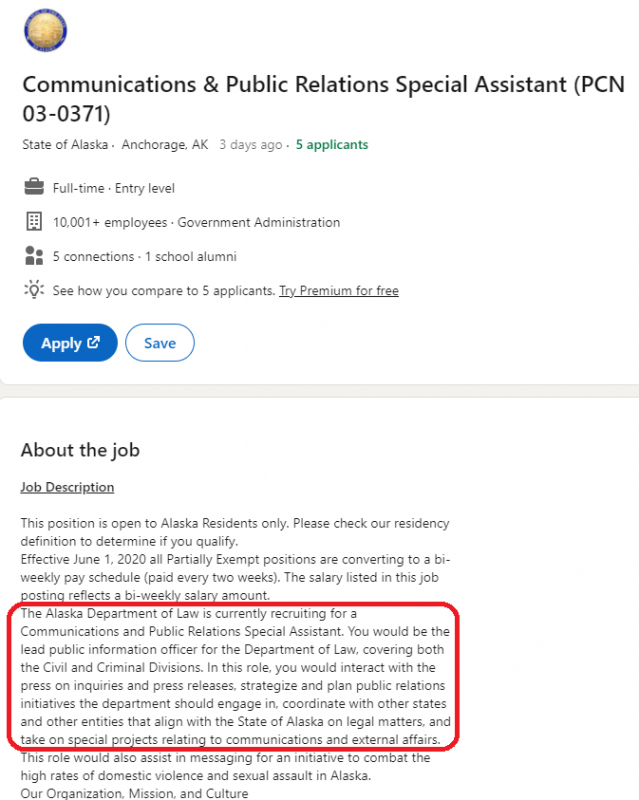 What’s worse tho? Check out this job for Deputy Press Secretary posted over two weeks ago… So far, only one applicant. Ouch. 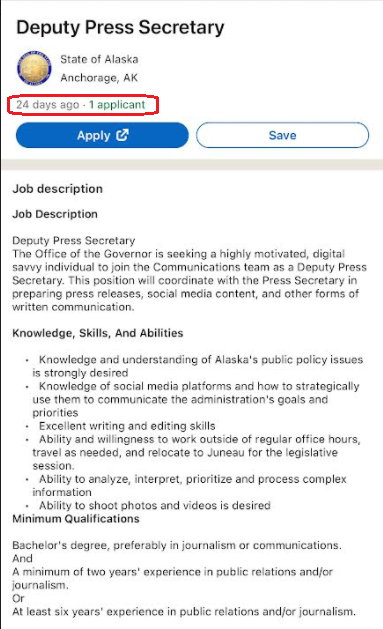 I highly recommend Sen. Reinbold take a trip to the Bermuda Triangle to test out her new purchase. 🙃 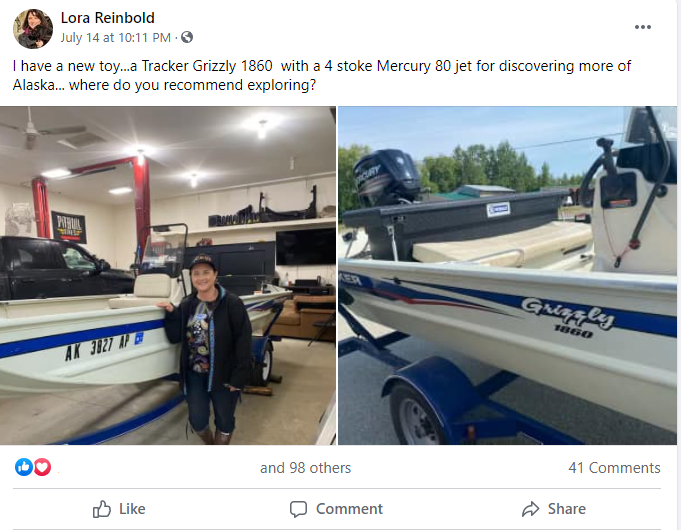 ***
Kudos to Sen. Mia Costello for keeping it local and shopping at Alaska Ice Queen Jewelry. How nice of her to buy such a lovely gift for her colleague, the ice queen herself, Sen. Natasha von Imhof! 🥶👑😉 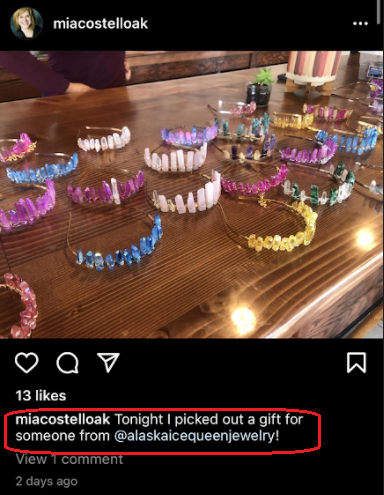 Glad Sen. Peter Micciche got to spend some quality time with two of his faves: his 90-year-old mother and his beloved giant chainsaw.

What’s slower: that turtle or the Alaska Legislature trying to decide on this year’s PFD amount? 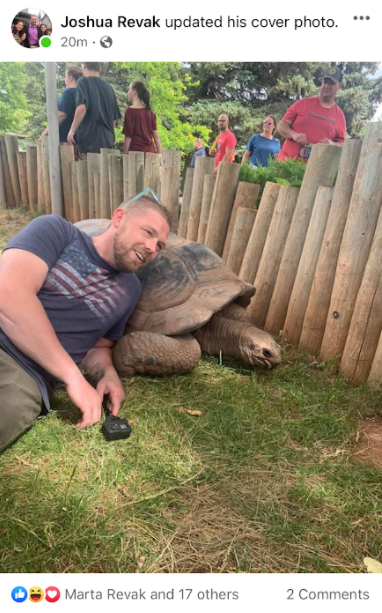 ***
🚨 Watch out, Rep. Ben Carpenter! Reps. Calvin Schrage and Grier Hopkins are coming for your peony farm! 🚨 Check out those beauties! 😍 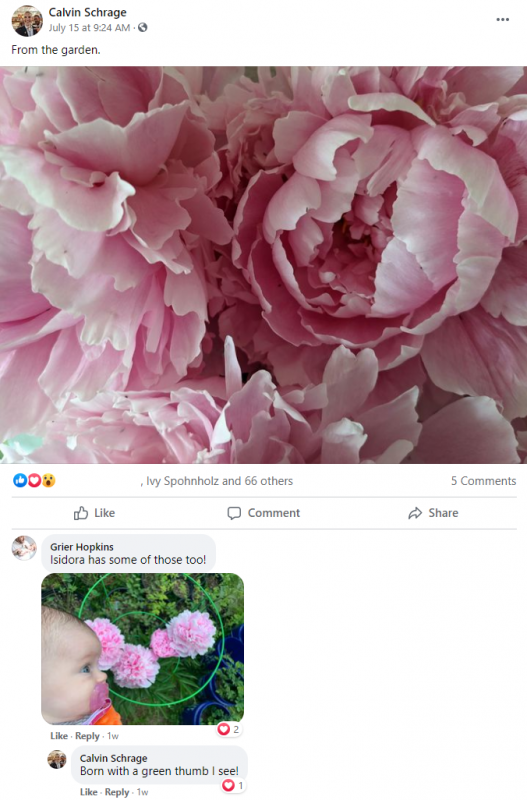 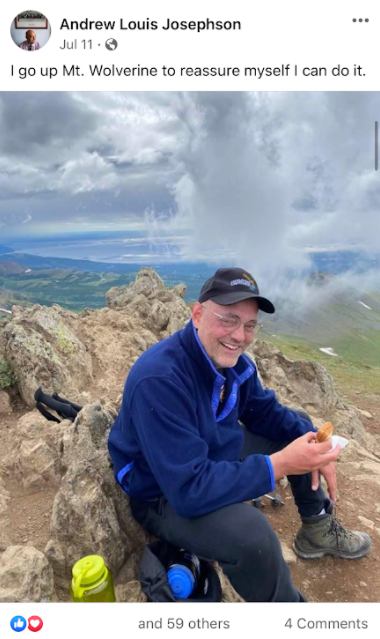 When he’s not jumping off mountains, Rep. Laddie Shaw is jumping into the comments of the local Facebook hiking group to identify them. Not sure how many locals could identify Marmot Mountain just by looking at a photo. 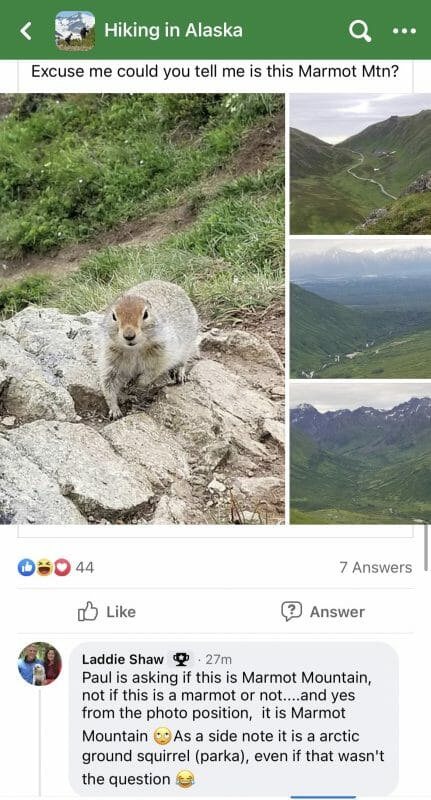 I don’t know about ya’ll, but I feel Rep. Sarah Vance’s post could benefit from a few more emojis. 😷💉⚖️🦅🥛👌🐸 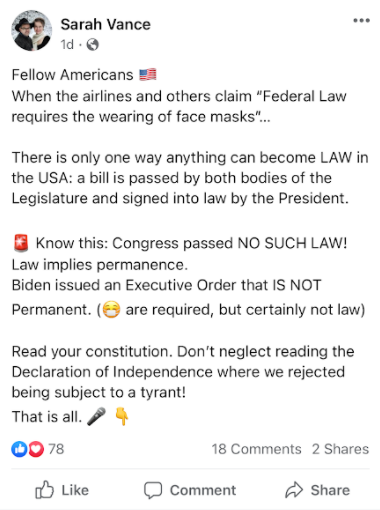 I love Rep. Sara Hannan’s approach here. Photographed breaking the law jaywalking? Nah. She calls it joywalking. “Totally allowed under the law of Friday fun with constituents.” Now that is BOLD.💅 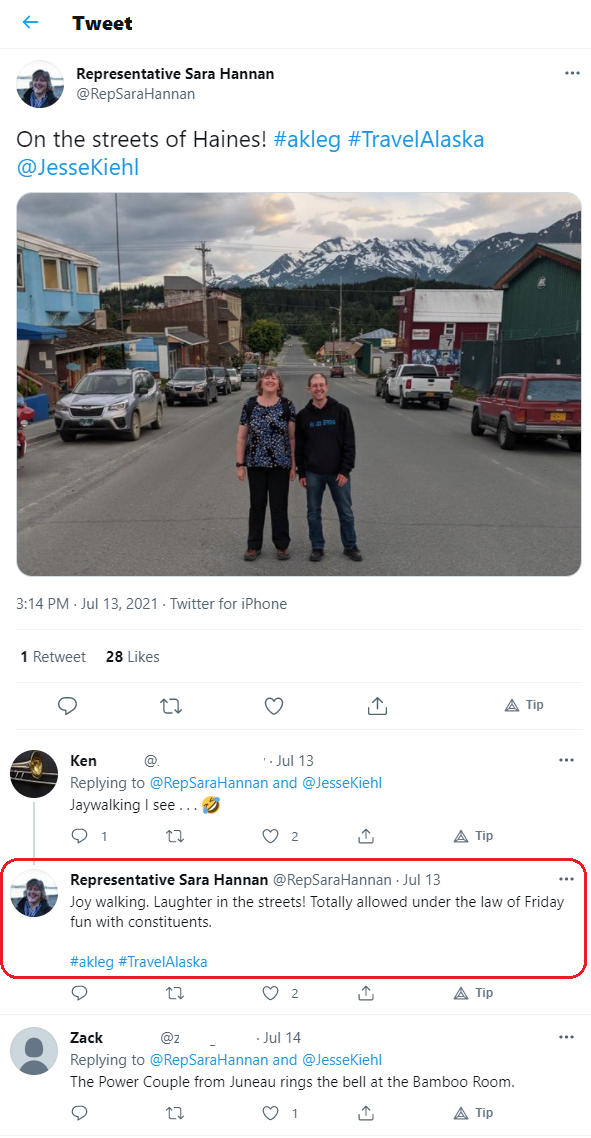 Maybe U.S. Senate candidate Kelly Tishbaka can deploy Hannan’s tactic in her recent “fish camp” video. Kelly may not have a commercial crew license, but she clearly has a license to shill. If you missed the #FishCampGate scandal, you can read about it here.

The real scandal may have been Kelly’s captioning mishap. Teaching her kids how to fish “and cook inlet?” I might need to message resident Alaska foodie, Julia O’Malley, for her best Alaska “inlet” recipes. I prefer my gourmet inlet desalinated with a hint of lemon. 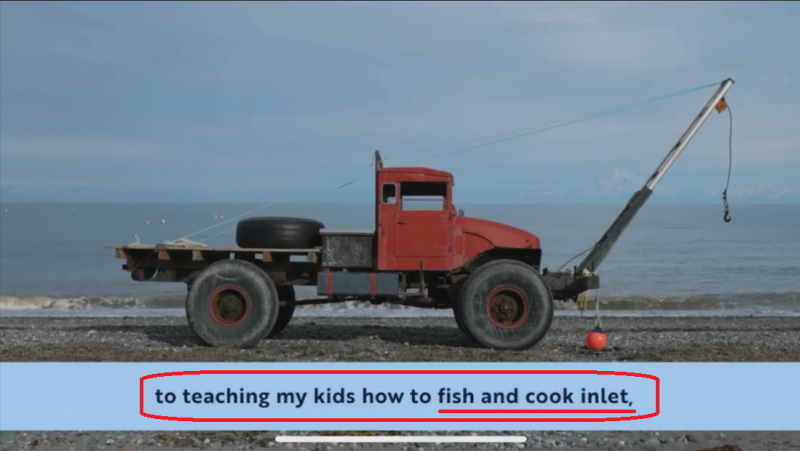 Failed Anchorage mayoral candidate, Assembly Member Forrest Dunbar, got Liz Snyder the politician and Liz Snyder the Seattle-based singer mixed up, thought Rep. Liz Snyder was about to release an EP, and then tweeted her about it. HOW MORTIFYING. 😂😂😂

Could you imagine the track titles if this was real? I can’t decide if the first single would be From Dirt Dr. to Lawmaker or Liz Snyder, She’s a Fighter (For our Future!). 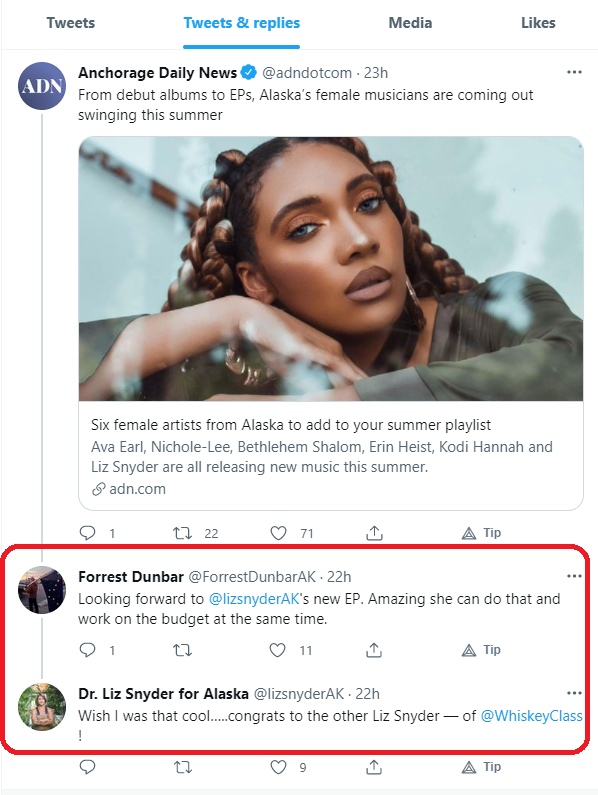 I have a lot of questions about the Anchorage Assembly’s headshots. Why are five of them pictured touching the same rock? By the looks of it, Chris and Pete are touching the rock, too. What is up with that rock?! I can understand why former Acting Mayor Austin Quinn-Davidson might have been left out of the whole team photo shoot, but what’s Jamie’s story? Did they not call her? Did she not show up? And why is it always the far-right elected officials that have the weird non-matching headshots? I’ll just leave this here. Jamie: touch that rock! 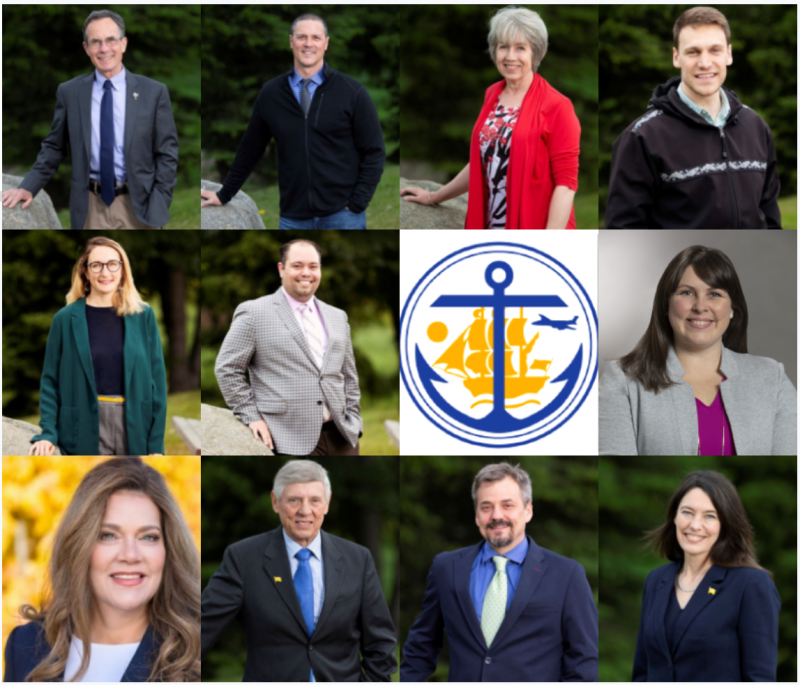 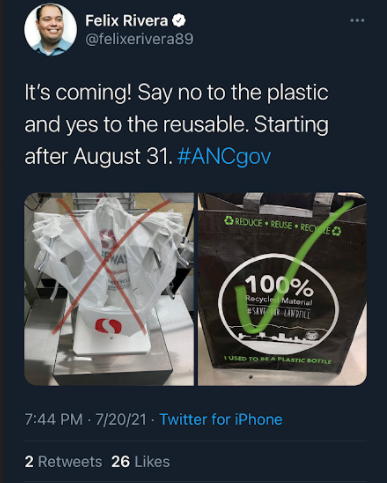 If you’ve lost all of your reusable bags over the past year, you may want to reach out to Assemblymember Constant. A little bird told me he may have hundreds of these bad boys leftover. I guess his supporters aren’t too attached if they are giving them away. I can say with full authority the person who sent me this was NOT happy to receive it. 🤣 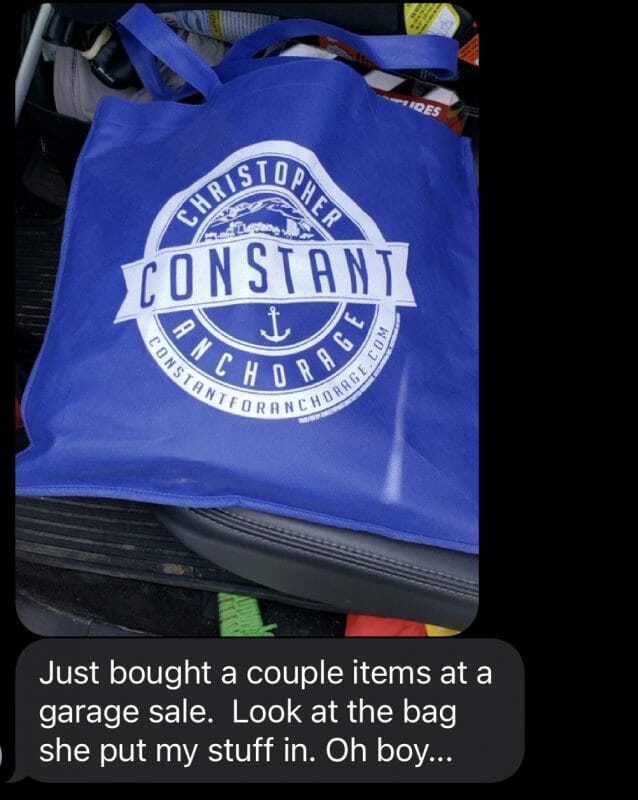 As usual, I’m on the same page as former Anchorage Assembly Member Bill Evans. After having a laugh and screencapping Assembly Member John Weddleton’s post re: the “the Women’s Senior Amateur golf championship will generate *huge media exposure* for Anchorage” caption, I read the comments. Stalker pro tip: always read the comments. John, I am utterly delighted that you are an Alaska Stalker reader, and I am more than happy to make your dreams come true.

Who are you more excited to see at the Anchorage Democrats and Alaska Young Democrats fundraiser: Celebrity Grillmaster Assembly Member Forrest Dunbar or Award-Winning Brewmaster Sen. Bill “Brewin” Wielechowski? I think we’re going to need an official Landmine poll on this matter. 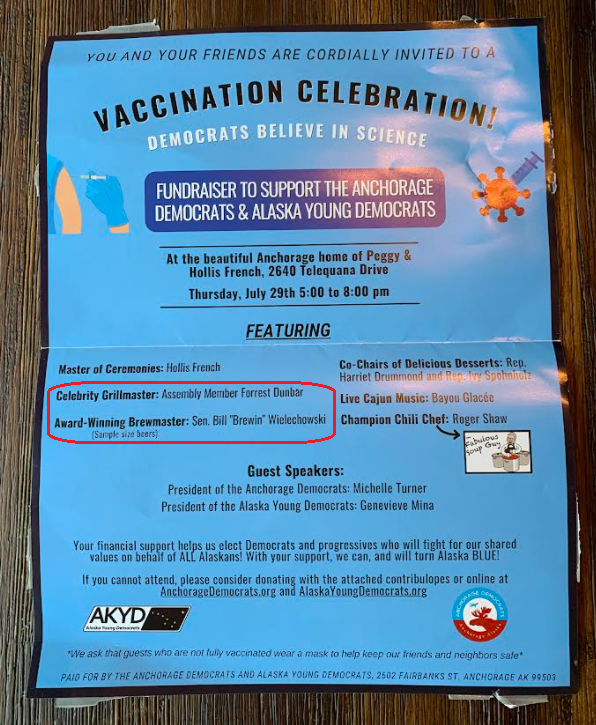 Even when he goes full swamp, Congressman Don Young still has the best throw backs of all time. These two have been in D.C. since 1975. 🤡🤡🤡

#Tbt time! Congressional internships are a great way to learn the legislative process, & I always enjoy seeing what interns go on to do. Here I am meeting w/ Sen Stevens's interns in '75, including future Sen @lisamurkowski!

Spotted in: This is a good time to remind folks that you can still take a moment to send tips to [email protected], even during the nicest days of the year. I have three kids four and under – I can only spot so many people at Potter Marsh, the Zoo, and the Apple Park. Pro Stalker Tip: if you’re stepping out on your significant other, please don’t do it at these places. It’s VERY awkward for me. 👀 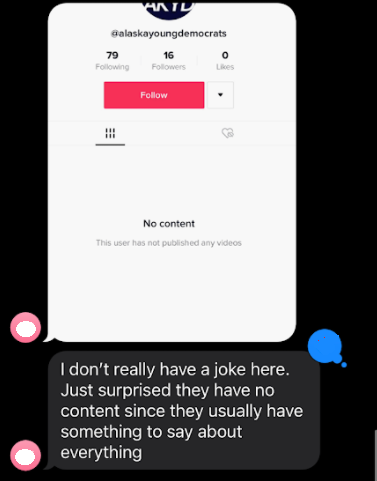 Spotted on my Facebook page: I’ve been found out! 🤣

Overheard in Anchorage: “Besides that Guardian article, I’ve only ever heard the term Mormon Extremist while watching Starship Troopers.”

Overheard via FB Messenger: “The worst part of traveling to the lower 48 is that I’m awake early enough to listen to Dan Fagan.”