It was a gorgeous summer day at the Moose Run Golf Course on June 22. Hundreds of golfers showed up to take part in the 30th annual Coal Classic, a charity golf tournament sponsored by Usibelli Coal Mine to benefit Alaska Resource Education (ARE) – a non-profit that teaches children about Alaska’s natural resources.

The dozens of teams included a who’s who of Alaska business and political insiders. Ben Stevens, Joe Usibelli Jr., and Sarah Palin’s brother Chuck Heath were among the golfers in attendance to support ARE. But one of the teams, Automatic Welding & Supply, was there for the wrong reasons. 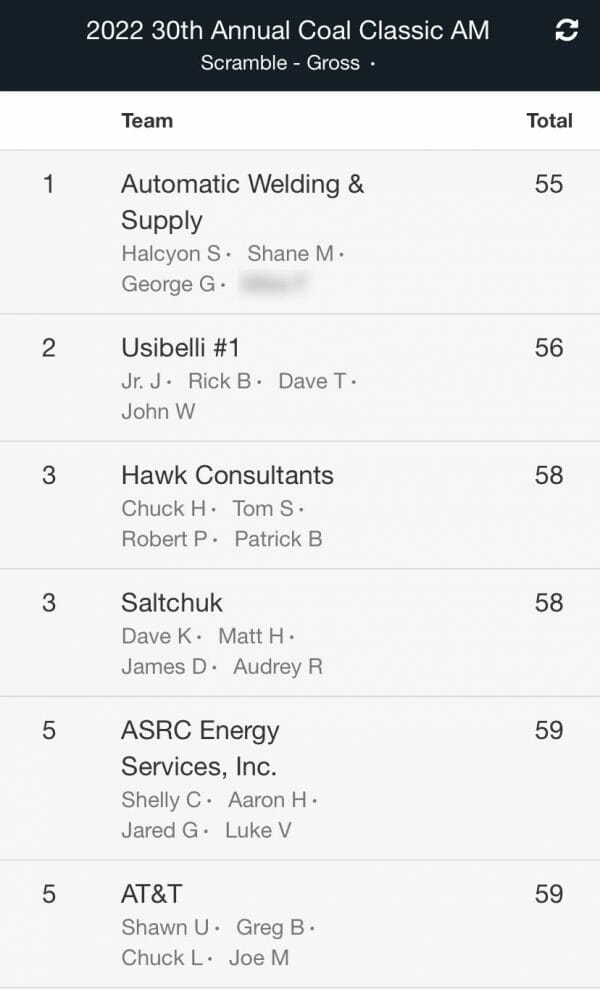 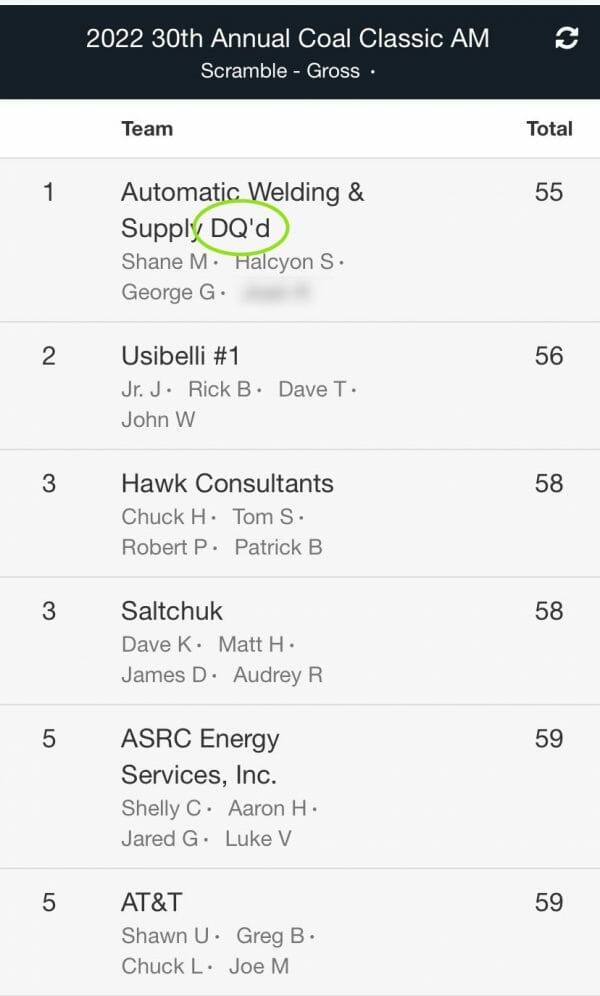 An investigation by the Landmine revealed that the Automatic Welding & Supply team had a pattern of questionable results and had long aroused the suspicions of Moose Run staff. This year, Moose Run was able to place an informant on the team. The informant reported to Moose Run officials that the team had in fact scored a 66, not the 55 claimed by the team. The 55 score had been enough to beat the runner-up by a single point. Moose Run officials contacted the Automatic Welding & Supply team and informed them that they had been stripped of their win following evidence of cheating.

The Automatic Welding & Supply team was made up of Halcyon Swisher, Shane Marrufo, George Gates, and the informant.

In an email obtained by the Landmine, Moose Run told the team, “I have had multiple complaints that your teams have turned in incorrect scores before, however I have never had proof until the A.R.E tournament… This is a blatant and inexcusable disregard for the rules and integrity of the game of golf.” The email went on to state, “As a PGA professional, it is my duty to protect the field from dishonest competitors and I am informing you now that you are disqualified from the A.R.E. tournament as well as any future tournament ran by Moose Run Golf Course.”

Alaska Resource Education, the tournament’s fundraising beneficiary, declined to comment for this story.

Eat your heart out, ProPublica. This is the kind of hard-hitting reporting that Alaska needs.

Unalaska has a charity tournament on one of the most spectacular golf courses anywhere. It’s not a permanent course, but one they cook up for the tournament. A local longshoreman was born and raised in St Andrews Scotland and he knows how to lay out a course. Part of the tournament is to get extremely drunk. So there’s no problem with cheating. Nobody can remember how many strokes they take anyway. That’s the way to do it.

This is not a joke? One of your funnies, Jeff?

I believe Chuck Heath is Sarah’s dad. And a kind man.

She also has an older brother named Chuck

If fixing the score was that easy and could only be exposed by an “informant” I can’t believe Team Trump didn’t enter.

Wow, Willis. You can’t seem to post anything anywhere that doesn’t have a anti trump/republican slant to it. Amazing.

Yeah bc Republicans and Trump have shown how big of shitbags they are lately.

Tucker you are a lost cause. I’ll take Trumps mean tweets over today’s economic crisis any day.

Uh, so would I. I’m pointing out that Willis can’t write about anything at all without making it about Trump or republicans.

2
Reply
Some guy
Reply to  Tucker

It’s so funny that John doesn’t realize that you agree with each other. I think he is a lost cause.

If it were only mean tweets. You Maga dummies are hilarious. Stay ignorant.

Ok Grunt,
How was the weather in Palmer today. Did you get your Gay on.

Hey dude. Look at this mess we are in now. The dems cant find anyone who can make a competent decision.

Republicans cheating Republicans. Donald Trump should have been there. He would have shown them how to do it! Attack the informant. Claim it was biased against them. Claim it is “fake news” by the Sponsor who was mad that they lost. Send out a tweet attacking the whole tournament as being a bunch of RINOs and Lisa supporters. Storm away in a huff and say that they can’t be fired cause the quit! Then get your supporters to call in death threats to the sponsors and threaten their families and children. That’s how Trump would do it.

All in the name of publicly revealing how Clean Coal ™ was is and will always be a scam….

Ulsteen…go back to your SHIT country,…..and take your SHIT with you….

LOL. Every time I enter a scramble, I wonder about the honesty of the winning team. You’ll see a team playing out of the woods repeatedly but somehow come in with a card full of birdies and nary one bogie. Sometimes they make you play as an eightsome, one foursome keeping an eye on the other, which makes for a very slow round.

Actually, 8somes go quicker than having 2 groups on the same tee waiting to hit on every hole.

Of course this was in America. Land chock full of the filthiest dirtbags in the world.