In a surprise move, Senator Natasha von Imhof (R – Anchorage) introduced a bill that would require Alaskans to pay back past dividends to the State of Alaska. Her bill is widely seen as a challenge to Governor Mike Dunleavy (R – Alaska), who supports back-paying previously reduced dividends to Alaskans. Under von Imhof’s bill, Alaskans will have one week to pay back all dividend money received in the last five fiscal years. 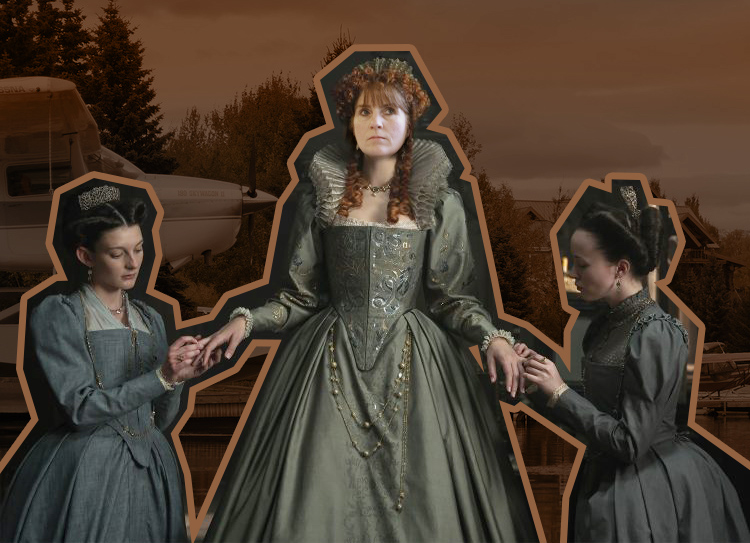 In an exquisitely-catered invitation-only press conference held at her Campbell Lake estate, von Imhof told reporters, “Our state is facing a billion-dollar deficit. The people of Alaska have been getting a free government check for 40 years. We all need to start chipping in to solve the fiscal crisis. I’m sure the average Alaskan can afford this! Heck, the amount that residents will have to pay back is only equivalent to one latte per day. Every day. For five years.”

Representative Sara Rasmussen (R – Anchorage), who was in attendance, appeared visibly uncomfortable at the prospect of losing what she later called her “latte slush fund.”

When asked about other revenue options, such as an income tax, von Imhof responded, “Look, why should my hard-earned Wells Fargo dividends–from stock that I inherited from my grandfather–be taxed? My family earned every cent of that dividend money from good, old fashioned hard American work. If you tax hard work, you get less of it. You wouldn’t want that, would you?”

After the press conference, von Imhof flew from Campbell Lake to the Anchorage Airport in a custom Cessna 185 with gold trim and hand-stitched leather seats. When asked if she would make her flight to Juneau she said, “Of course I will. You never miss your flight when you own the jet!”

This is actually so close to the truth it’s barely satire. VonImhof is one of the most entitled and arrogant people in Juneau. Zero concern for ordinary people. Just look at what she did to that public easment across her property on Campbell Lk.

Cut Natasha some slack. She needed to take that easement from the public so she could build her private float plane launch.

Nice! Made me chuckle

Whats the thing about a donation to the Alaska Land Mine (?) Just curious….

1st thing you need to do is raise the tax for oil companies drilling in Alaska instead of giving them tax cuts and quit trying to rob the citizens of Alaska. If the state would quit giving incentives to drill here our dividends would be around $4000-$5000 A year. 2nd thing you need to do is take down all these cameras you put up on almost every street light. Those have to had cost Millions and millions more a year to monitor. 3rd abolish the .16 cent per gallon gas tax you just passed and raise the tax on the… Read more »