In a daring last minute move, Senator Peter Micciche (R – Soldotna) has pledged a one year supply of alcohol to all members of the Alaska Legislature if they pass Senate Bill (SB) 52 before the legislature adjourns. SB 52 is a major reform and rewrite of Alaska’s alcohol laws. Micciche has been working on it for years.

The legislature is rushing to pass a budget and get out of Juneau amid the COVID-19 crisis. SB 52 passed the Senate but is currently stalled in the House. Micciche has been spotted running around the Capitol passing out bottles of Amalga Distillery gin and cans of beer from the Alaska Brewing Co. to any representatives who would accept. 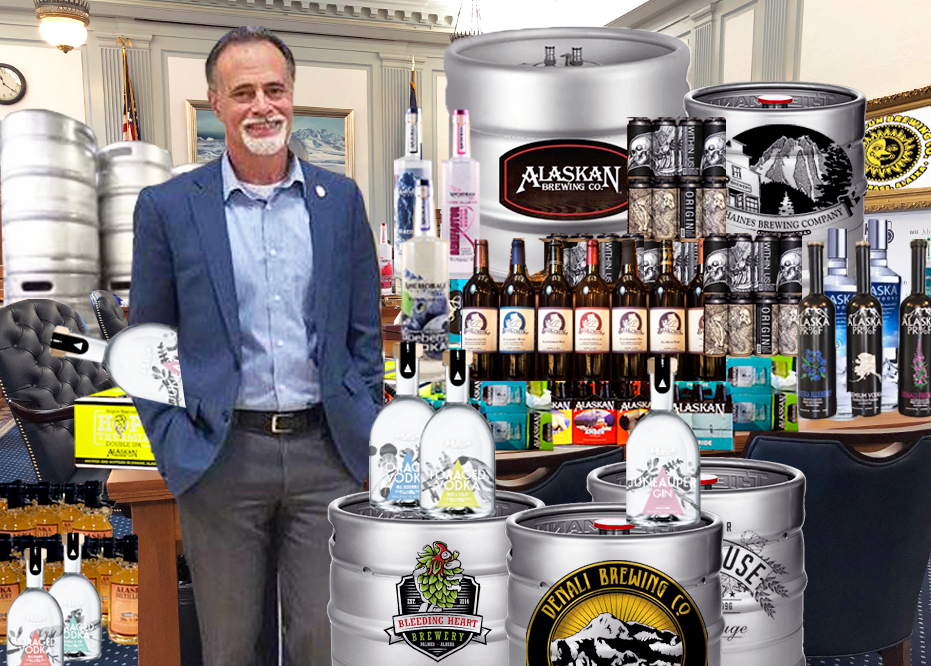 Micciche later commented, “You know, everyone really likes the free booze! So I thought to myself, ‘Gee, if I offer a year supply to everyone maybe they will hurry up and act.’ I really want this bill to pass. I need this.” He added, “I’ve been working on getting this passed for eight years. My liver can’t handle any more meetings with these people.”

Micciche was last seen slamming beers with members of the House Finance Committee before another hearing on SB 52. Representative Sara Rasmussen (R – Anchorage), who was nearby, commented, “If you promise me a one year supply of lattes, you have my vote.”

He’s going to have to give Rep. Sharon Jackson a bottle of Martinellis…