The Senate Rules Committee has introduced a bill to officially change Senator Lora Reinbold’s (R – Eagle River) name to Karen Reinbold. Senator Gary Stevens (R – Kodiak), who chairs the Rules Committee, told his colleagues, “Fuck it. At this point we may as well just make it official.” 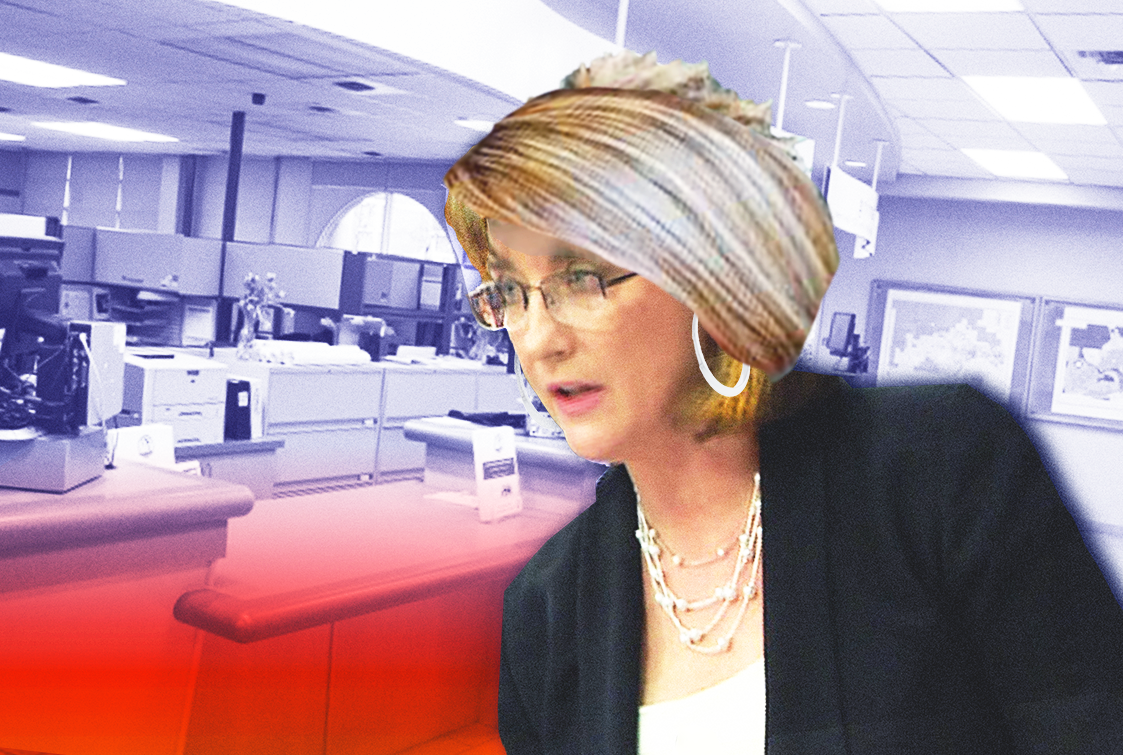 Yesterday, Reinbold once again faced off with Alaska Airlines employees for refusing to properly wear a mask. Video taken at the Juneau airport showed her asking for employees’ names, as well as demanding a Juneau police officer’s name and badge number.

An Alaska Airlines employee, speaking on the condition of anonymity because the individual is not authorized to speak with the press, told the Landmine, “Yeah, I’m not surprised. We’ve had Lora’s photo up on the employee-area security bulletin board for months, with the other repeat problem customers. It’s weird though, you know, she keeps asking us all to speak with our managers. But she’s a state senator. She literally is one of the managers of the state. The manager asking for the manager–kinda makes her the ultimate Mega-Karen, doesn’t it?”

Senate President Peter Micciche (R – Soldotna), who has been a reluctant defender of Reinbold, told the Landmine, “I will be a reluctant yes vote on the Karen bill, but please don’t tell anyone… I told her I would vote no. And if she finds out I voted yes, I guarantee you she’ll come storming into my office, guns blazing, demanding to speak to my manager. But I don’t think I really have a manager. I’m kind of a manager dead-end here. I don’t know what would happen in that situation and, to be frank with you, I’m absolutely terrified to find out.”

Representative Zack Fields (D – Anchorage) was overheard telling several of his colleagues, “This is the most bipartisan agreement I’ve ever seen in the legislature. I wish we could come together like this on the budget.”

This shows what a joke the legislative body is. More concerned about rebranding Karin instead of worrying about the business of the state’s people. We have so many things to address, but this clearly shows where their thoughts are. Not trying to piss off anyone but really this is kid crap that should not be going on. It certainly does not address the problem or show a sincere desire on anyone’s part to work in the states interest or resolve important issues we face. Just a bunch of kid games. Bet they will still need more time to conduct business… Read more »

Please TELL ME you don’t actually think this is true? 🤭… Now that’s scary.

I get the joke but she’s wrong it’s wrong and they need to get along but clearly reason and rules don’t apply to them. That’s why we’re in this mess.

Ahem. This is precious.

Alaska Landmine picks on a girl, in effort to be a ‘funny’ news source.