The group attempting to recall Governor Mike Dunleavy (R – Alaska) has not disclosed a single donor or expenditure since the group formed in July 2019. Because the group has technically not yet filed the recall petition with the lieutenant governor, they are not required to file income or expenditure reports with the Alaska Public Offices Commission (APOC).

In September 2019 the group turned in over 49,000 signatures to the Division of Elections. A little over 28,000 were required. This first phase allowed the group to start gathering the required 71,252 signatures to get the recall on the ballot. The reporting requirements are triggered once those signatures are turned in. A loophole in the statutes has resulted in the group being able to raise and spend money for over a year and a half, yet not having to report any of it.

Pat Race, a Juneau business owner, recently became a member of the group’s steering committee. He’s also been soliciting donations on Twitter. He stated 96% of donors are “individual Alaskans and in-state organizations.” Although he, nor the group, would say what percentage of total donations come from in-state, a much more revealing number.

Race responded to a comment I made asking for more information by stating, “I’ve pushed for more but the steering committee doesn’t want to burn our donors by exposing them to retribution from the governor.” He added that he personally favors more disclosure. 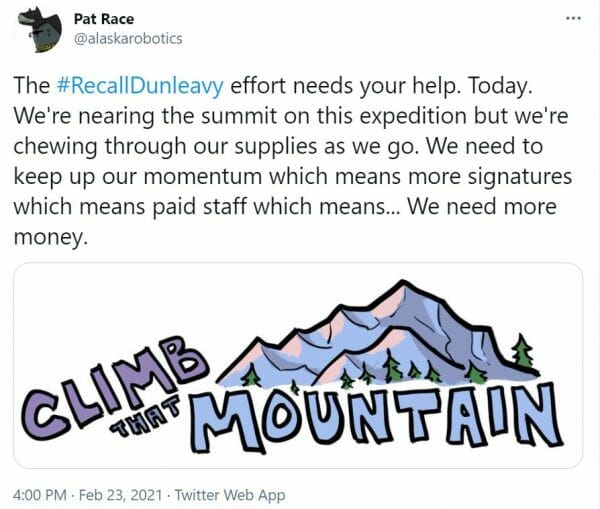 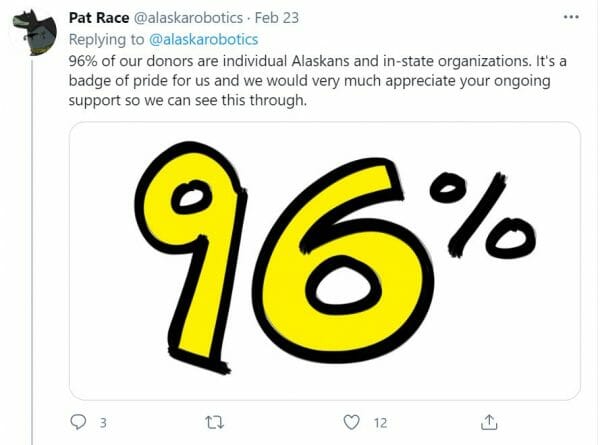 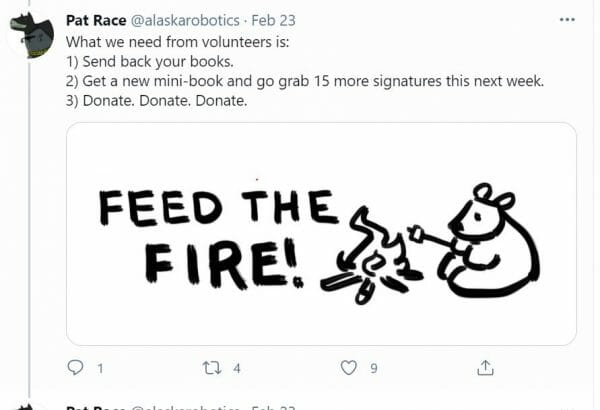 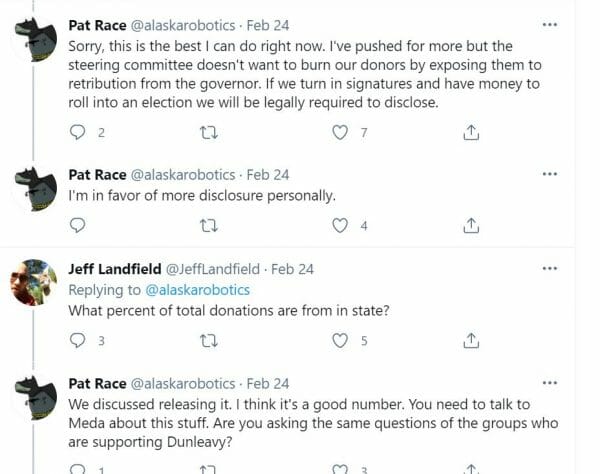 I reached out to Meda DeWitt, Chair of Recall Dunleavy, to see if she would disclose their donors in the interest of public transparency. Her response denying the request is below. At the end she oddly suggested that I donate to the group.

What a breaking news headline. Should read Group Follows Law

I’m a bit confused, is this a piece specifically targeting the recall Dunleavey group or is it meant as a critique of Alaska political donation disclosure law? I think everyone can agree that we would all like more financial transparency when it comes to political campaigns, but should we really require the same of all petition gathering operations? Until this becomes a public issue (up for a vote) then it really is just a private group operating as it sees fit.

This is a classic example of framing. You include their sound reasoning. You mention that the opposing group is doing the exact same thing. You explain the law.

Yet, it also strongly communicates that the recall movement is doing something underhanded and unusual.

Also, I really do appreciate that they are willing to take a little heat to protect people from retribution. Pat got kicked off of the Arts Council almost certainly as retribution. They’re is no reason to unecessarily subject donors to that sort of thing.

Lack of requirement in the law is not a “loophole”, Must Read Alaska Landmine.

Ouch, that has to sting a bit!