This afternoon, the Alaska Redistricting Board voted to adopt new Anchorage Senate pairings. This was the result of the Supreme Court ruling that the previous Eagle River Senate pairing with Muldoon was unconstitutional.

After a charged debate, the board voted 3-2 in favor of option 3B. This changes four of the eight Anchorage Senate pairings. It pairs Senators Roger Holland (R – Anchorage) and Lora Reinbold (R – Eagle River) and adds another open Senate district in the Taku Campbell/Bayshore area.

In the previous map, the only Anchorage Senate incumbents paired were Senators Natasha von Imhof (R – Anchorage) and Mia Costello (R – Anchorage). That pairing remains. Von Imhof announced she is not running for re-election, leaving Costello as the de facto incumbent. The previous map left an open Senate seat in the Eagle River/JBER district. That pairing also remains. Reprersentives Kelly Merrick (R – Eagle River) and Ken McCarty (R – Eagle River) are both running for that seat.

Here is the old version and new version of the Anchorage and Eagle River map. 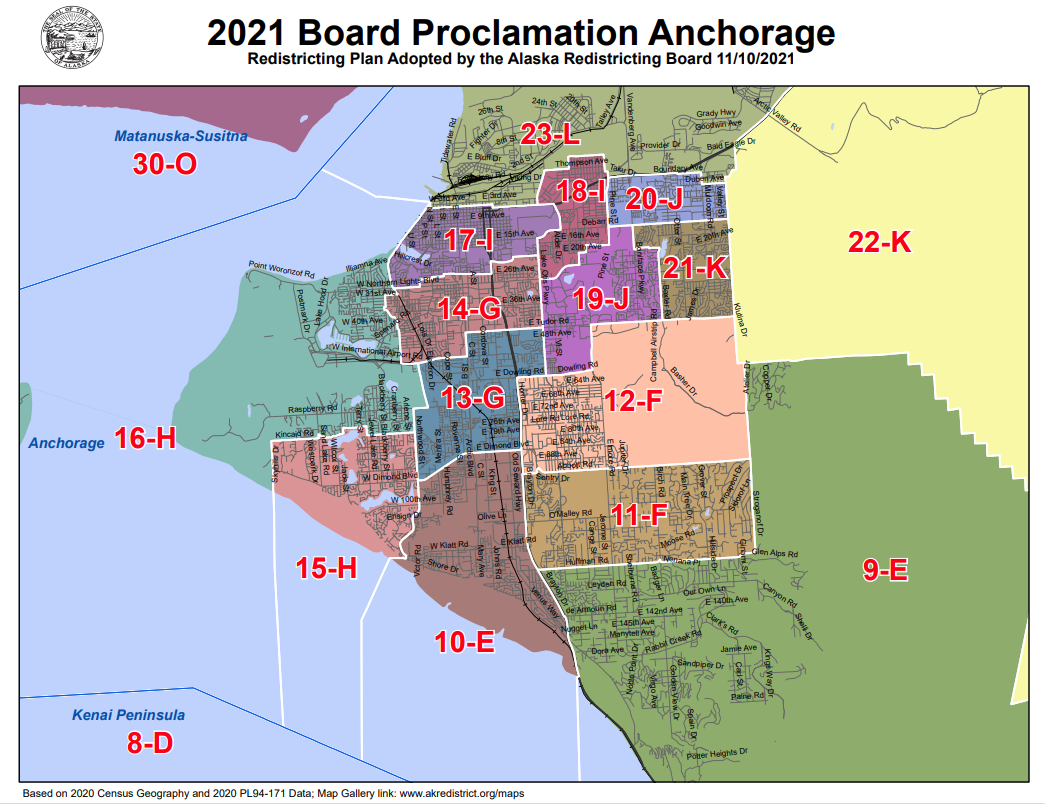 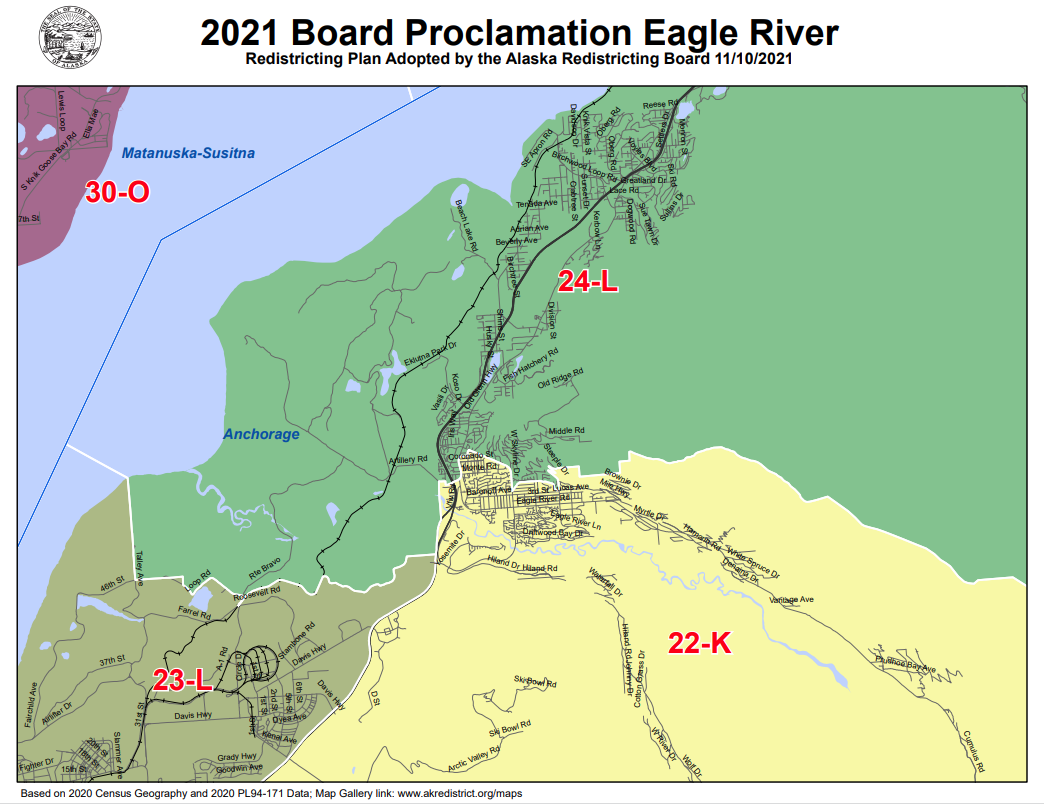 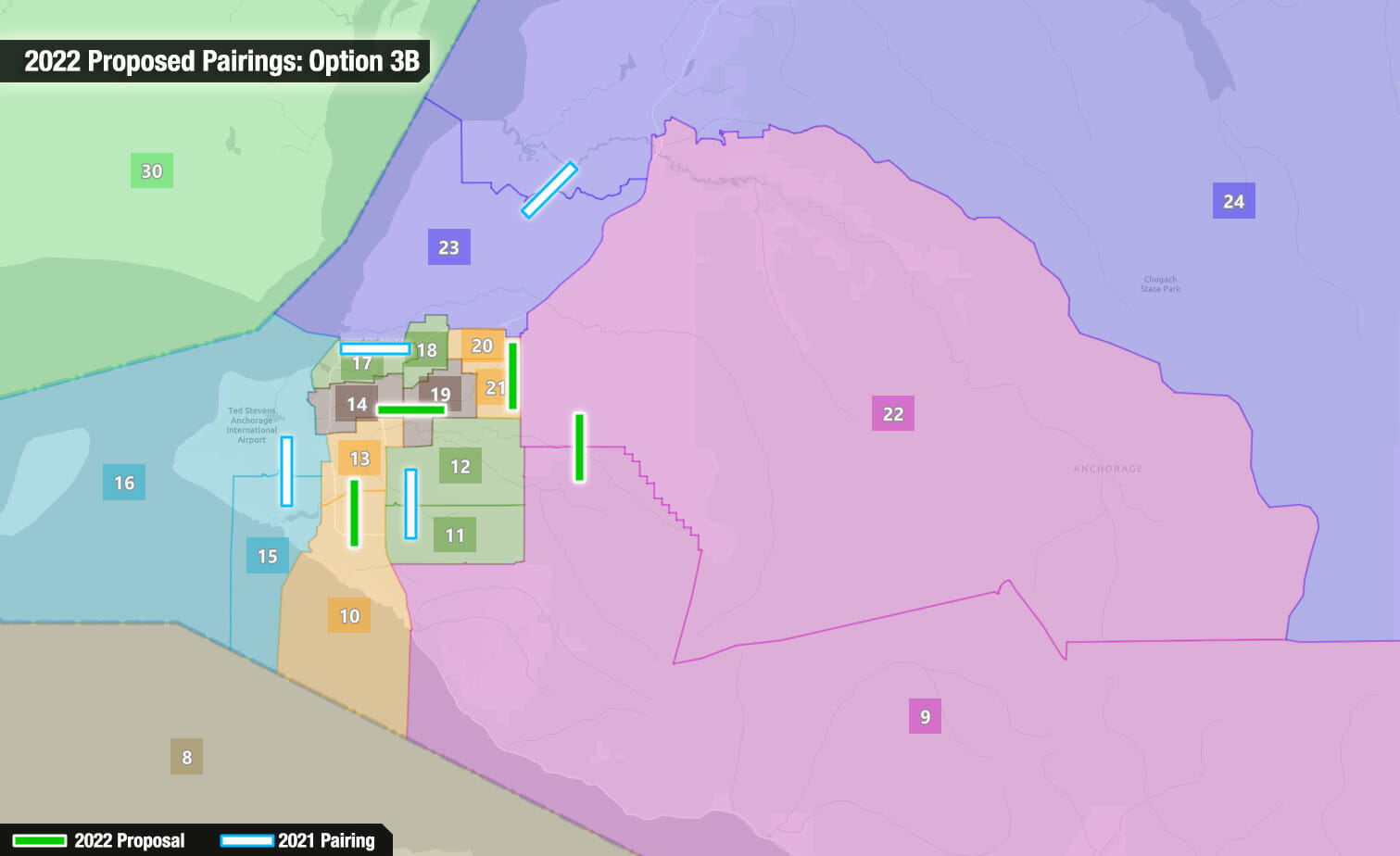 Gray-Jackson announced she was running for for the U.S. Senate in February. After that, Tuck announced he would run for the Senate seat. But then in March Gray-Jackson ended her bid for the U.S. Senate and announced she would run for re-election to her Senate seat. This put Tuck, a fellow Democrat, in the position of having to run against Gray-Jackson or Representative Andy Josephson (D – Anchorage), who he was paired with in the same House district. But now, Tuck can run for the open Senate seat. Tuck told the Landmine, “I am running for the Senate regardless of which district I am in.”

Former Representative Craig Johnson lives in that district and has filed a letter of intent for House. When asked if he would run for the Senate based on the new pairing Johnson told the Landmine, “I am keeping my options open.” Johnson opted not to run for re-election to his House seat in 2016, instead choosing to run for the Senate. He was defeated by Natasha von Imhof in the Republican primary (I was also in that race).

In November, former Senator Cathy Giessel filed for a rematch against Senator Holland, who beat her in the 2020 Republican primary. She is now in the Eagle River/South Anchorage Senate district that pairs Holland and Reinbold. If all three end up running and advance to the general, it will be an interesting race to watch with ranked-choice voting.

Based on the comments from board members Melanie Bahnke and Nicole Borromeo, litigation over this new map appears to be a foregone conclusion. During debate, Borromeo said she felt like she was “in 1950s Alabama.”

When you (and others) use the term “senate pairing,” are you saying that they are consolidated, the two incumbents to ‘duke it out’ in the next election? Kindly define.

When you have already taken your gerrymander to the Alaska Supreme Court and been rebuked, is it really a good idea to attempt another gerrymander?