In an internal email obtained by the Alaska Landmine, BP Alaska President Janet Weiss outlines the options for BP employees after the sale to Hilcorp Alaska is complete. BP announced yesterday that they would be selling their Alaska interests in Prudhoe Bay and the Trans Alaska Pipeline System to Hilcorp Alaska for $5.6 billion. The email also states that BP will file for regulatory approval in September. They anticipate 6-12 months to get through the state and federal approval process. 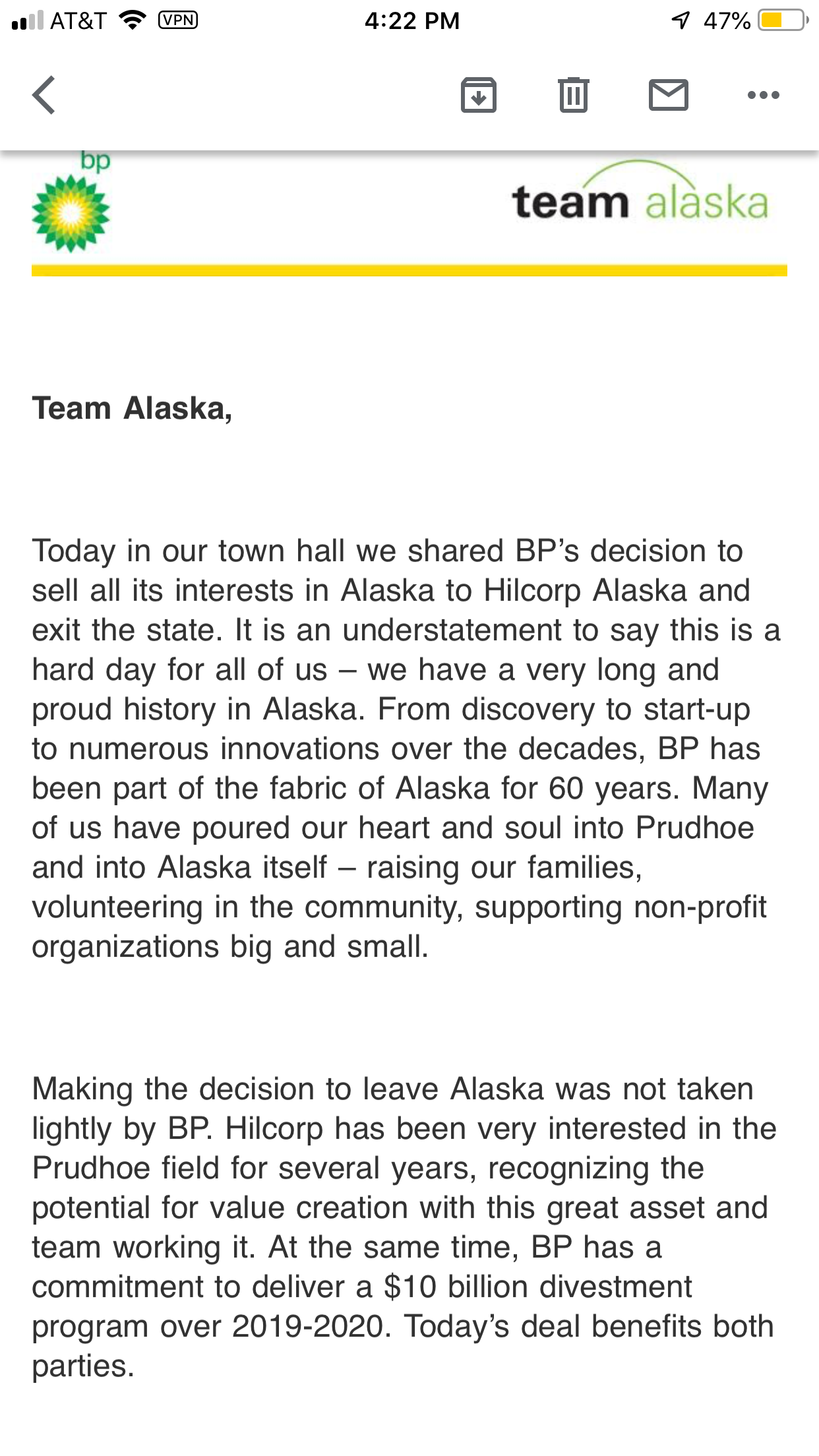 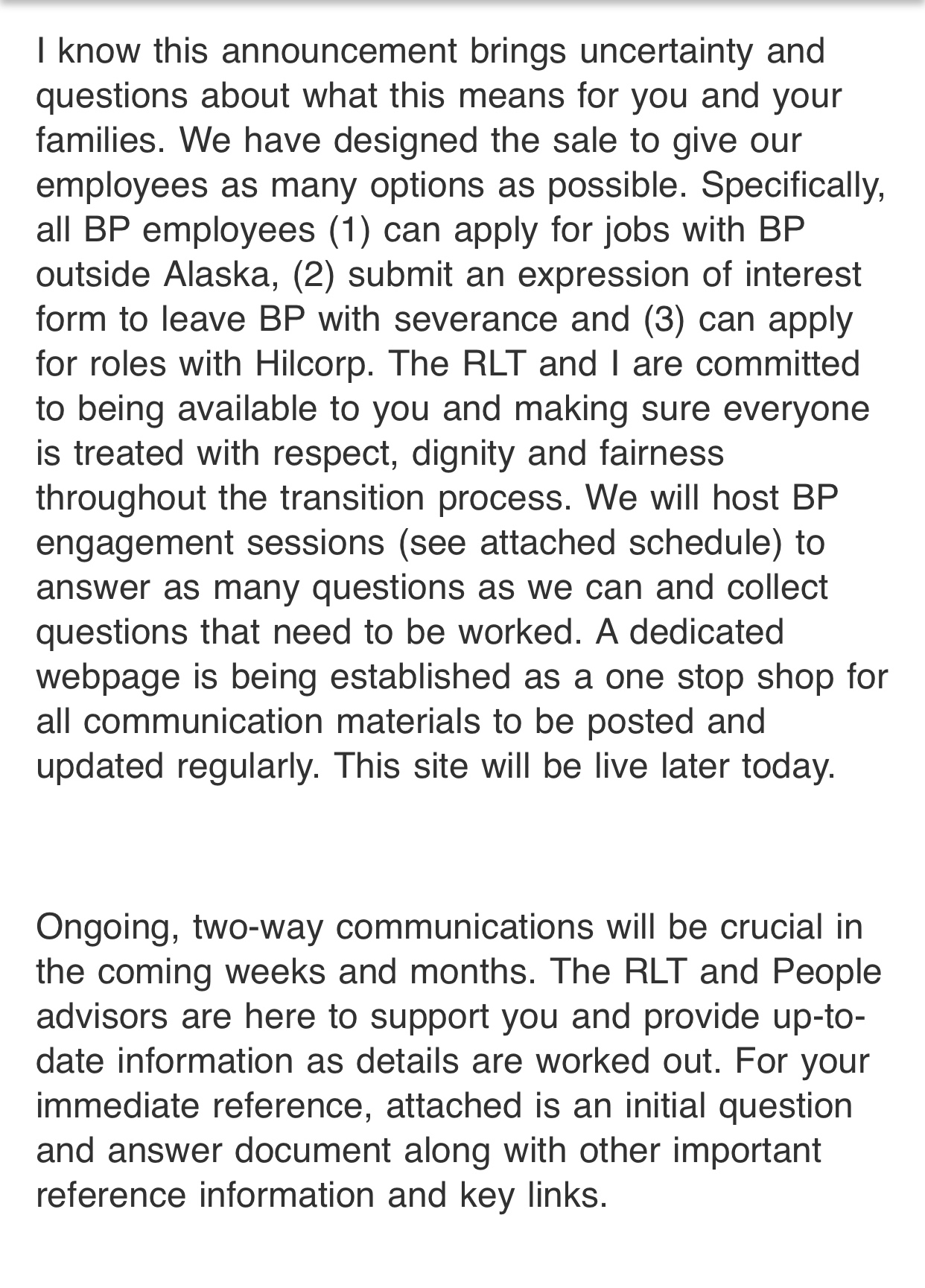 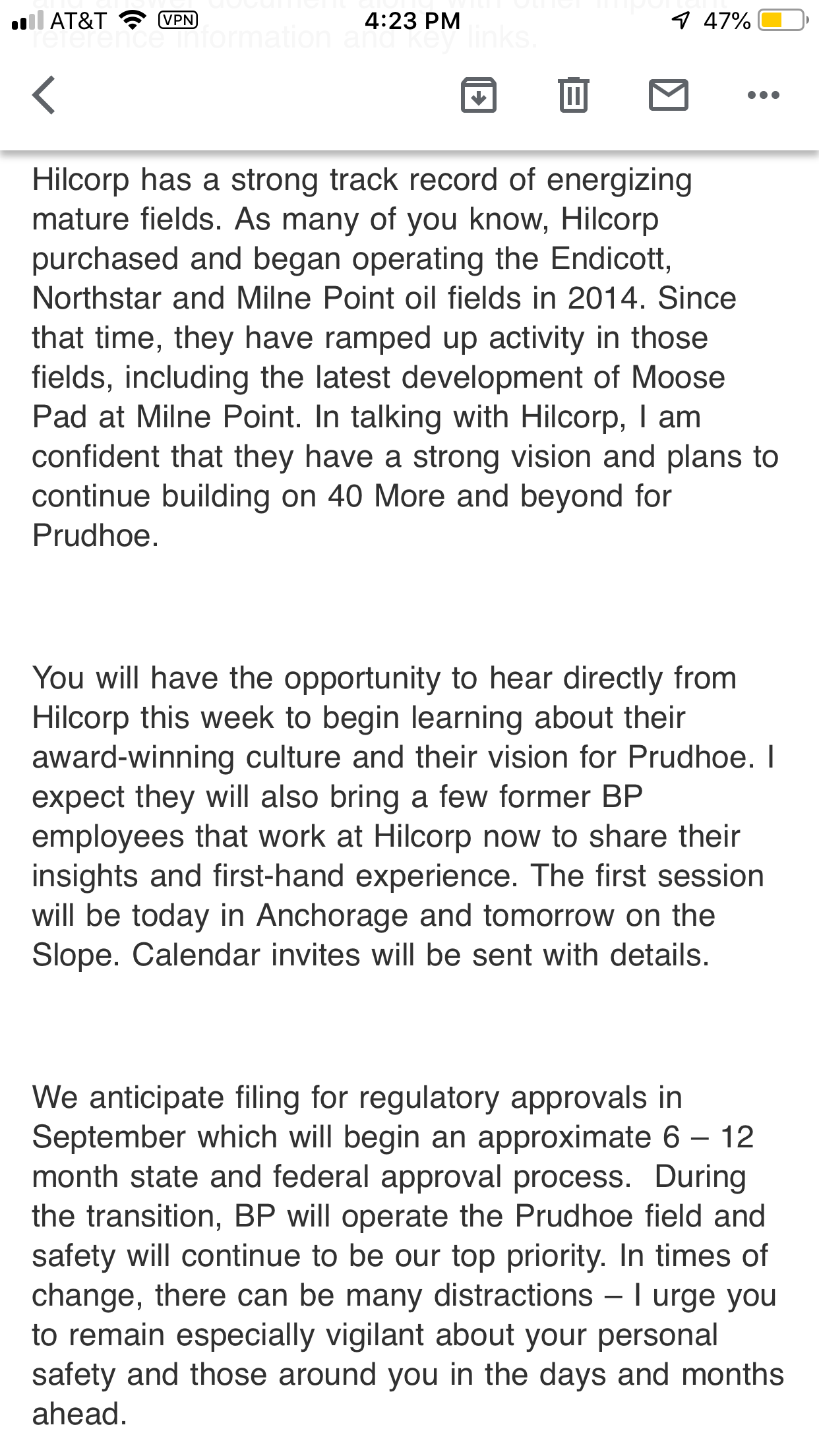 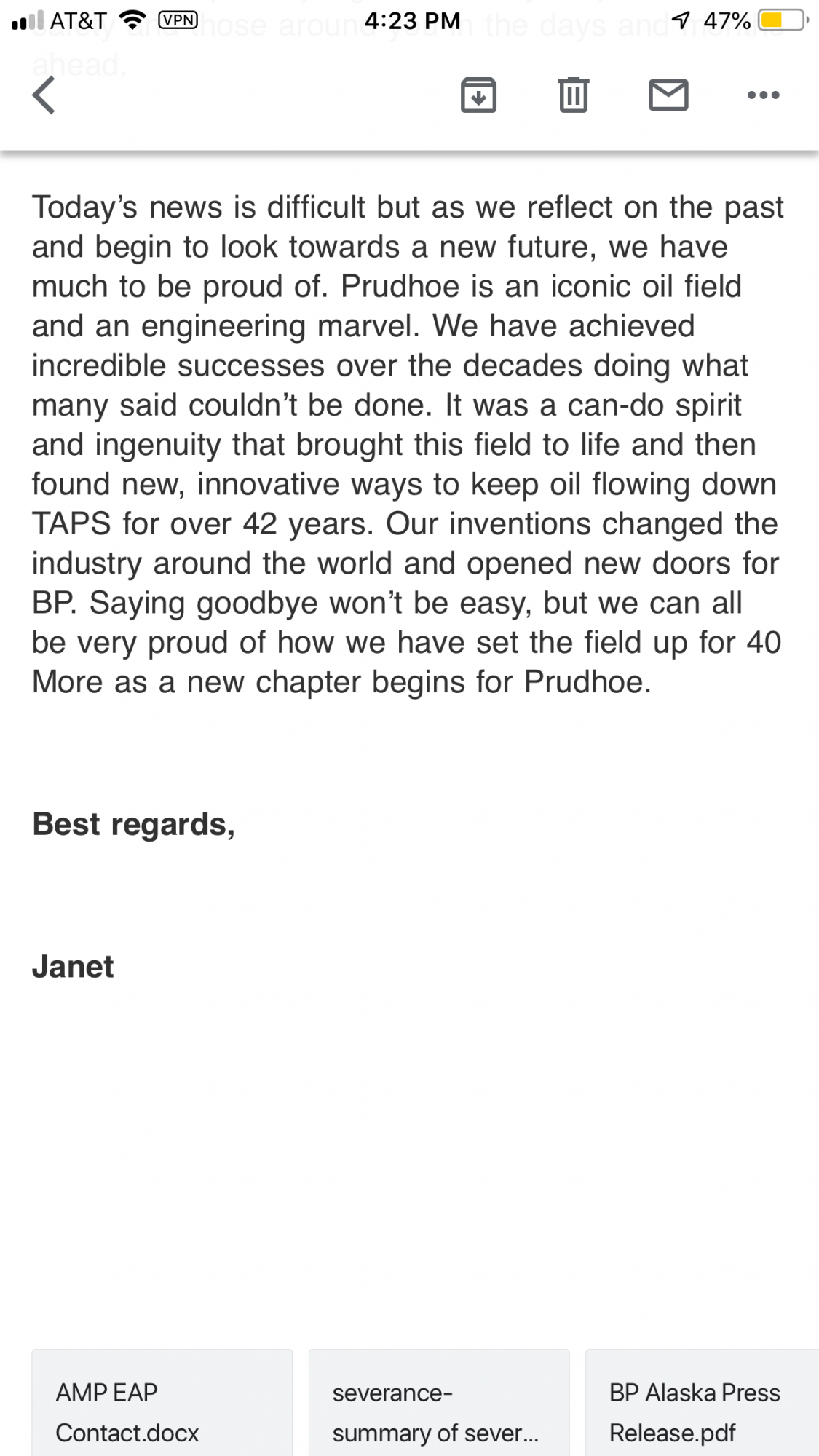 Don’t look now, but kinyradio.com is referring to the Alaska Landmine as a “news website.”