A long time ago in a galaxy far, far away… 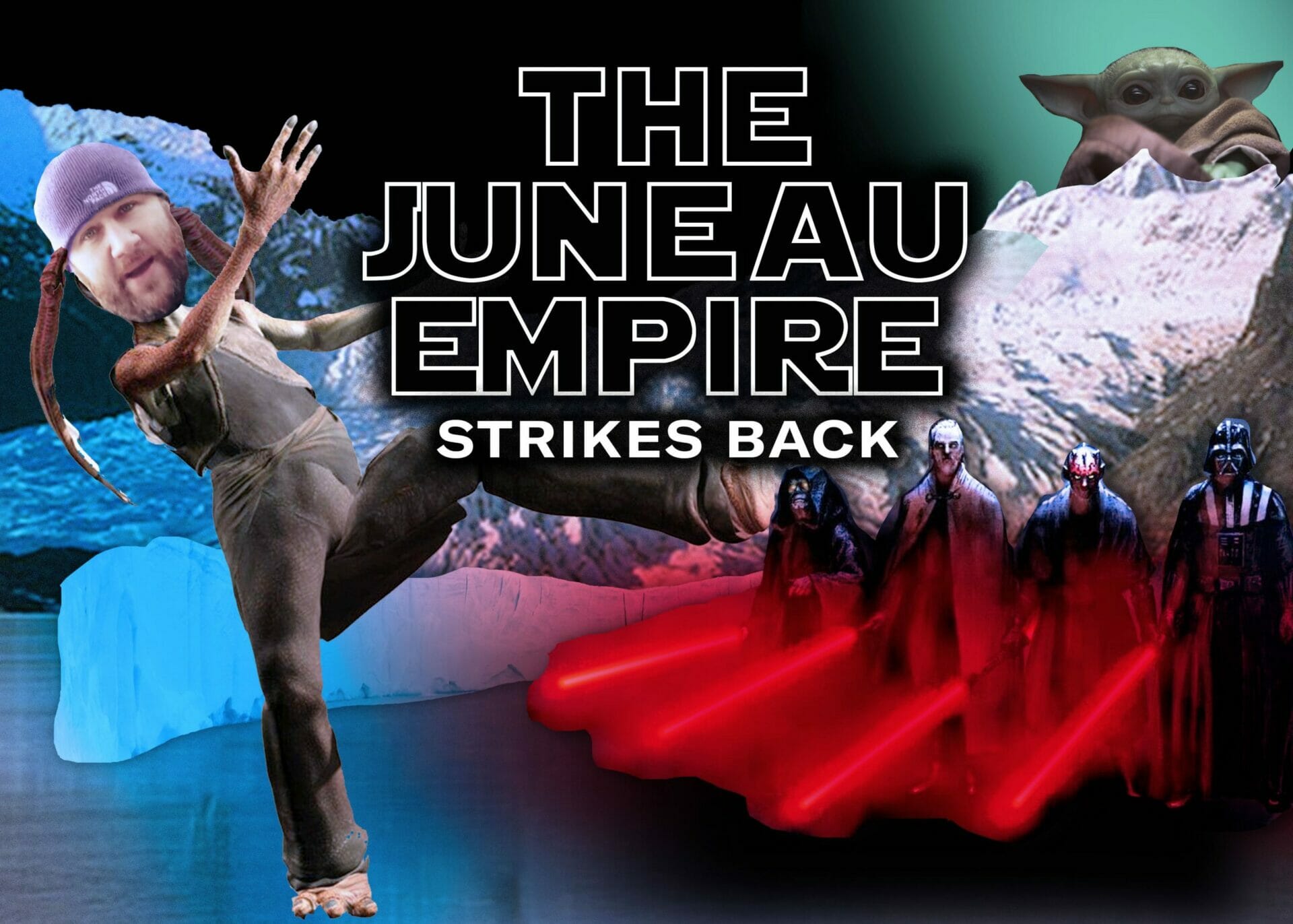 After the current editor-in-chief and general manager of the Juneau Empire resigned several weeks ago, the newspaper decided to hold a lightsaber battle to determine the future Supreme Leader of the local paper.

The lightsaber tournament was the first of its kind in the country, replacing the general practice of editing tests and interviews.

“This is what we see the future of journalism edging towards,” said Terry Ward, the Vice Chancellor of Sound Publishing who is responsible for the Alaska papers. “It’s more about show than about qualifications these days, anyway. We’re primarily looking for an editor who is really good at cutting people down.”

When asked whether this would be a contest for sport, or a fight to the death, Ward responded: “Do or do not, there is no try.”

It was a staggering display among candidates in the makeshift arena, a small dome built on the frozen ice of Mendenhall Lake.

“I just thought this was a Star Wars themed cultural event,” Solo said. “I just wanted to write about it.”

“I’m here to take back what is rightfully mine,” Brooks said. Brooks worked for the First Galactic Empire, but quit in 2018 to train as a jedi for the First Order Daily News on the planet of Anchorage.

As Brooks and Gullufsen drew their sabers, Jar Jar Jeff (Landfield) leaped into the ring.

“I will bring the mainstream media to the dark side… of blogging,” Jar Jar Jeff exclaimed. “There will be no more beating around the bush, we will publish it all!”

He drew his saber and took a few swings at Brooks. Suddenly, a music was heard wafting from the watery sounds of Nugget Falls. From under the frozen waterfall, a figure emerged.

Fully cloaked in a dark hood, Darth Downing rode in to the arena on Gov. Mike Dunleavy’s back.

“What’s up you snowflake schmucks? Your feeble skills are no match for the power of the dark side,” she said, slicing them all down with one fell swoop and reveling in her victory.

“Look, over there!” someone in the the crowd shouted, and pointed to a mustachioed man zooming across the lake on a star cruiser from underneath the glacier.

“It’s the other Kevin!” shouted someone in the crowd.

Kevin Baird reached the center of the ring, flipping off the star cruiser just as it crashed into Downing, pushing her into oblivion. He slid to the center of the arena, picking up the red pen to become the next Supreme Leader of the Empire.

“The Empire is mine!” Baird said to thunderous applause from the audience, who were mainly just trolls from the Land of the Comments section on Planet Facebook. “Everything that has transpired has done so according to my design.”

One Juneau resident who watched the pandemonium following the battle said, “So this is how liberty dies…with thunderous applause. I just don’t understand how to get past the paywall. Why would I pay to read the news?”