Following a crash in oil prices and the collapse of the stock market, House Republicans have unveiled a new fiscal plan: pray for high oil prices. In a press conference held in a local church, House Minority Leader Lance Pruitt (R – Anchorage) said, “We’ve committed to a strict prayer schedule that will generate over 22 hours of prayers per day. That’s 154 hours of prayers per week, and 616 hours of targeted prayer per month. At those prayer levels we really think Alaska oil might have a fighting chance. Got any other ideas?” 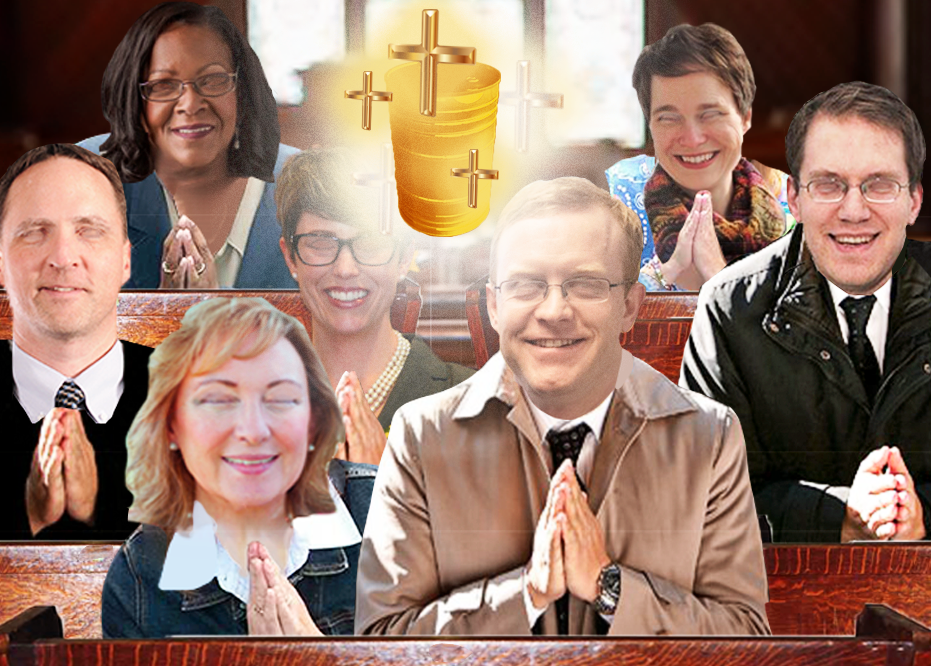 Representative Ben Carpenter (R – Nikiski), a member of the House Finance Committee, leaned over to a Landmine representative and whispered “Yeah, it’s dodgy but this is so much better than having to work with Democrats.”

During the press conference Senator Mike Shower (R – Wasilla) appeared in a flight suit. He exclaimed, “Look, I believe in the power of prayer but we could really get these prices stabilized with a few bombs over Baghdad, and Moscow. All I’d need is a fully-loaded B-52. The Lord helps those who help themselves.”

Commissioner Kelly Tshibaka also came to show support. However, no one could understand what she was saying as she was speaking in tongues.