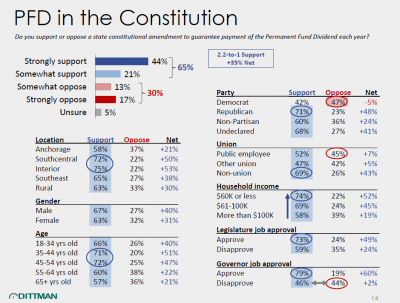 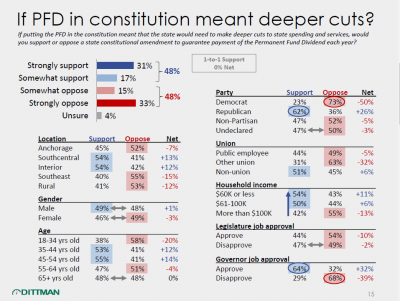 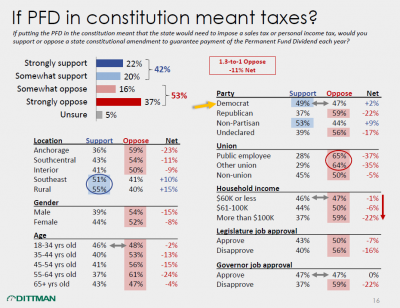 A surprising result is the amount of respondents who were unaware of the 2018 Percent of Market Value (POMV) bill passed by the Legislature. This was a law passed that allows 5% of the value of the Permanent Fund to be used for government services and to pay dividends. According to the poll, only 52% of respondents were aware of the law. The POMV was transformative as it shifted the main source of state revenue from oil revenues to Permanent Fund earnings. The poll also shows that a staggering 65% of respondents were unaware of the primary source of state revenue. 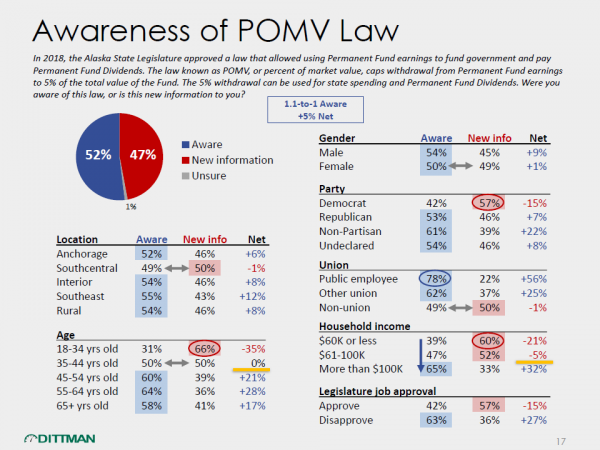 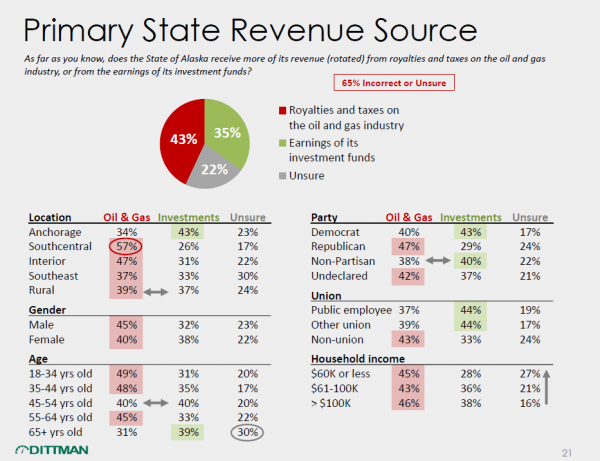 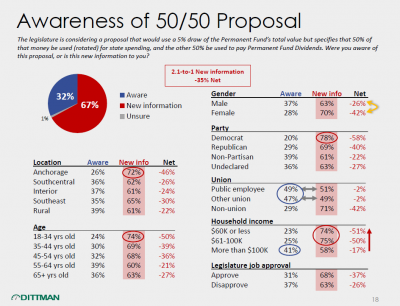 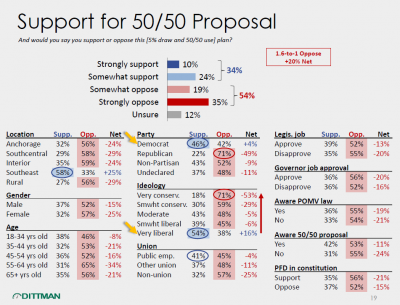 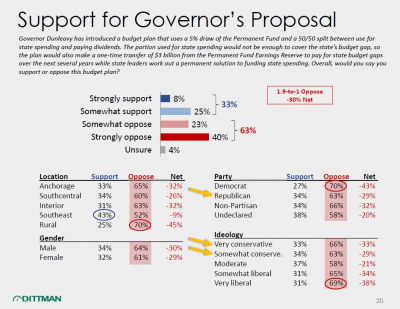 You can view the entire poll here.

Dittman Research, founded in 1969, is a well-known and respected polling firm in Anchorage owned and run by pollster Matt Larkin. They traditionally work for Republicans, but have done polling for the Legislature over the years.

They traditionally work for Republicans, but have done polling for Lisa Murkowski over the years.

401 is not a large sample size, I have asked legislators to provide more polling data.

Two takeaways:
1. Democrats are not afraid to pay taxes for the services they value.
2. Dunleavy is going to lose the next election, if he even runs.

Do you want free cash every year? That is the relevant question with a very predictable and meaningless response to any responsible adult. To amend the State Constitution assuming Alaskans are truly “aware” of anything other than the annual handout of free cash is a fool’s errand.

Dittman Research pays for ads on the Landmine Podcast. There should be some acknowledgment in the story if they are a sponsor.

Good article, but I agree that the sample is too small. I like the actual data being included. And I question why so many Alaskans were not informed of both the 50/50 plan and also the 2018 POMV as well. Is that why we are reading blogs, because the newspapers are failing their mandate?