Three Candidates for Congress and Five Questions About Alaska’s Future

Alaska, with a population of less than one million people, receives, under the United States Constitution, one member in the House of Representatives. Since 1973, Don Young has served as that member, earning said position every two years. He is currently 84 years old, being born in 1933, long before the majority of the state population was thought of. He is currently the longest serving member of the House of Representatives.

In 2018, after a 45 year political career, Young is facing a field of three persons seeking to contest him for this congressional seat. Alyse Gavin, the eighth woman to run against Don Young, is a former education advocate. Gregory Jones is an electrician. Dimitri Shein is an accountant and international businessman. All three are running in the Democratic primary. Jones and Shein are Democrats, Galvin in an Independent.

Because Alaskans are not voting against a personality, but voting for public policy on November 6, 2018, five questions were asked to these three candidates. The primary election date is August 21. Here are their answers.

1) Why do you think Don Young does not adequately represent Alaska anymore?

Alyse Gavin (AG): Don Young has simply been in Congress too long to understand the needs of everyday Alaskans. He cannot relate to the anxiety and fear of the young parent who can’t pay for their child’s medicine. He doesn’t see the struggle of those who fear losing their job or are stuck in a job that doesn’t pay enough to cover rent and food. He hasn’t recently looked in the eyes of a high school senior who doesn’t see college as an option, but doesn’t have the skills to go straight into the workforce. Finally, Don Young no longer has the political pull to deliver for Alaska. He’s term limited out of chairing any committees, having already chaired two for the six year limit. So now is the time to send new representation in Congress for Alaska.

Gregory Jones (GJ): Don Young is out of touch with the Alaskans of today. His recent comments about arming teachers to remedy the disturbing pattern of school shootings is evidence. Don Young does not support policies which uplift minority, immigrant, or low-income members of Alaska’s society. He supported President Trump’s Tax plan which favors the wealthy. Don Young panders to the big oil companies, large corporations, and wealthy individuals. 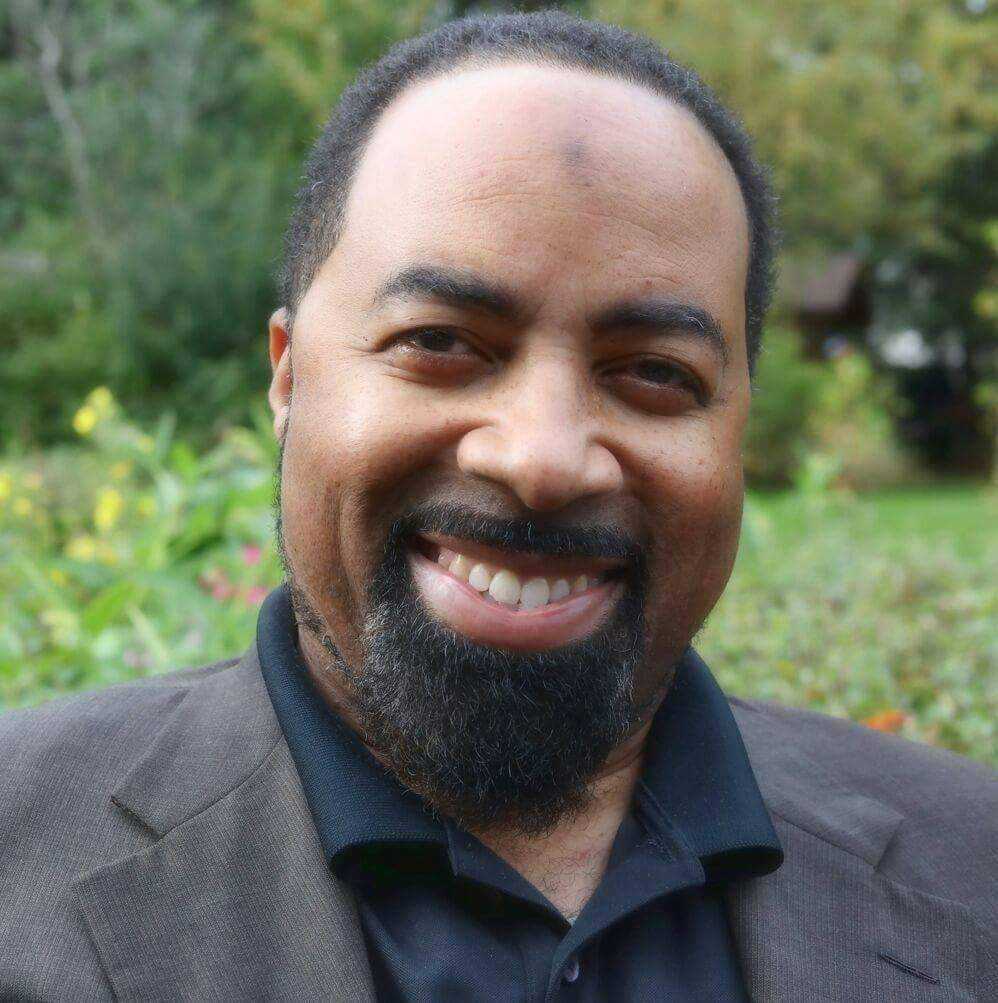 Dimitri Shein (DS): Alaskan families, businesses and our state are going bankrupt from the healthcare system that is as old as Don. Alaska’s only representative should be advocating for Medicare For All, which would bring in an estimated 5 billion per year into the state economy. Alaskans do not need a representative whose mission it is to buddy up to the health insurance industry so they can sell us more deceptive and unaffordable health insurance. Furthermore, Don continues to deny climate change science and block passage of legislation that would move our nation away from fossil fuels and towards an economy that is powered by renewable energy. Don has been in Congress for half a century and our state’s economy is collapsing, our national debt is through the roof, and we have KGB in the White House, so I think we should get Don out.

2) How you propose we grow the State economy?

AG: We need to revitalize the Alaska economy by focusing on three things, lowering health care costs, infrastructure, and low-cost energy. We need to lower health care costs. The spiraling cost of health care in Alaska is hindering economic growth in every sector, and it must be aggressively addressed. Don Young has participated in the partisan game-playing on this issue that has solved nothing and allowed the suffering to continue. Infrastructure projects should include broadband across the state (tied to net-neutrality guarantees), and large vessel ports to lower transportation costs and increase Coast Guard presence in the arctic. Energy projects should focus on renewable energy resources that are abundant in Alaska such as wind, solar, geothermal, bio-fuels, and tidal. If we reduce the high cost of energy in Alaska, we make everything in our economy more affordable and competitive.

GJ: Alaska is rich in natural resources. I believe in protecting the environment; and I also believe in responsible development of our natural resources. To grow our state’s economy we should develop clean and renewable energy sources such as natural gas, hydro-electric power generation, solar technology, and wind. Our fishing industries must be protected, developed, and modernized to remain one of the top producers in the world.

DS: I own and operate an international company that manufactures in U.S. and China. I would like to expand my operation here in Alaska but the health insurance costs prevent me from hiring employees in Alaska. For me and all Alaskan businesses, Medicare For All would remove the burden of unaffordable health insurance costs and allow us to hire more employees, start new businesses and expand existing businesses. Medicare For All would bring in an estimated 5 billion into Alaska’s economy. Compare that to just half a billion in tax revenue that is generated by the oil industry, and we can see the economic upside to our state. Without Medicare For All it is projected that our State will spend 30% of the state budget on healthcare costs as compared to 10% on education. Thus, for us to invest in education we need to solve the healthcare crisis at the federal level. Medicare For All is a solution that will grow Alaska’s economy by making healthcare a priority of the Federal government.

3) Do you think the PFD should be protected?

AG: As a member of Congress I will not have any say in decisions affecting the PFD. However, I do encourage our representatives in Juneau to focus on revenue sources that are not regressive, and to avoid approaches that place the heaviest burden on our poorest residents.

DS: The Senate Republicans in Juneau have set up a welfare program for the oil companies in Alaska. In 2017 the State of Alaska collected five hundred million in tax revenue from the oil companies, and at the same time paid out one billion in tax credits for a net loss of five hundred million dollars. The five hundred million dollar loss comes directly from the Permanent fund. As an auditor and accountant who has worked with the oil industry in Alaska, it is clear to see that we have many Senate Republicans in Juneau who are in the pockets of the oil industry and are actively stealing from the Permanent Fund. We need to protect the Permanent Fund to make sure politicians in Juneau are working on solutions to the budget crisis and are not simply defaulting to the politically convenient option of raiding the PFD to pay for the oil industry welfare program.

4) What is your position on ANWR and offshore drilling?

AG: I support oil exploration in the 1002 Area of ANWR, and support maximum ANWR revenue sharing with the State of Alaska. Alaska’s economy will remain dependent on oil revenue for the coming years as the world transitions to renewable energy. I will strive to maximize Alaska-hire for any work done in ANWR, and ensure that our environmental standards are fully met. I do not support oil exploration and development in the Arctic Ocean, because the industry cannot demonstrate the technical capability to minimize the risk of a major oil spill, nor the ability to clean up oil in a broken ice environment.

GJ: I believe that off-shore drilling is an accident waiting to happen. The risk of damage to the U.S. coastlines, its fishing industries, and its beaches is too great. ANWR is a pristine ecological habitat. There is no need for us to drill for oil there. It should have been left alone.

DS: People who subsist on the natural resources of the land and water should have the utmost priority in the discussion of ANWR and offshore drilling as these issues are deliberated. Presently, we see their voices being marginalized. We can have responsible development of natural resources when we have an Environmental Protection Agency that is staffed by scientists and not by the members of the fossil fuel industry. Drilling offshore and in the Arctic Refuge is not a solution to the short-term or long-term economic problems Alaska is facing.

5) What can you do on the federal level to address the crime rampaging in Alaska?

AG: The law enforcement folks I talk to say that one of the significant drivers to the increase in crime in Alaska is the opioid epidemic sweeping through all our communities. At the federal level we need to see this for what it is, a public health crisis. We need more beds, in more communities, to be available to those attempting to break the cycle of addiction. We need more mental health services to assist them before they turn to self-medication as a way to deal with their suffering. Finally, we need additional law enforcement to quickly act on property crimes and other manifestations of this social crisis.

GJ: I believe that part of the reason for the crime rampaging in Alaska and across America is due to increasing wealth inequality. We must take affirmative action in ensuring that opportunities in education, housing, and employment are available. The culture of bigotry and hatred which is prevailing in America is fueling the crime. As a member of the U.S. House of Representatives, I will work tirelessly to ensure that all people have equal opportunity. I will work to increase funding to the Department of Labor and promote their efforts in workforce development. I know that people are robbing and selling drugs in an effort to survive. I advocate that affirmative action programs be re-instituted to assure that all people have a fair chance to live peaceful and productive lives.

DS: To prevent crime in our communities, it is essential that all families are supported with early childhood education opportunities and that we have robust community programs to promote healthy families, and employment opportunities. Additionally, the opioid epidemic is a national disaster that is driving a wave of crime across Alaska. My wife Melissa is a family medicine physician and sees the effects of this disaster every day she goes to work. It is clear that the majority of our community members suffering with opioid addiction want help. With proper support, these individuals are able to successfully overcome behaviors that threaten their lives and the safety of our community. In Congress, I will work on legislation to fund programs that prevent opioid misuse, prevent overdose deaths, provide addiction treatment and support recovery maintenance. This legislation will fund prompt access to detox services, which then bridge directly and efficiently to treatment programs that partner with healthcare providers. This legislation will provide resources to enable providers to apply up to date guidelines to curb opioid misuse through safe prescribing practices. This legislation will provide resources to communities to prevent and treat overdose and support long-term remission and reintegration into the workforce. Addressing the epidemic throughout this spectrum of need will allow those affected by opioid addiction to get back to raising their families, pursuing education and employment. With decisive federal action, our community will see fewer deaths, reduced child welfare agency burden, decreased incarceration, and a more robust workforce. In Congress, I will work to bring priority federal funding and federal government assistance to this epidemic so we can respond to this crisis and stem the increase in crime in Alaska.

Kokayi Nosakhere is a two-time award-winning Alaska Press journalist. He recently won an FBI Community Leadership Award from the Anchorage branch of the FBI. He can be reached at Royalstar907@gmail.com