In a now deleted Facebook post and tweet, Governor Michael J. Dunleavy blasted “greedy politicians” for trying to steal Alaskans’ PFDs (It’s PFDs not PFD’s by the way). Dunleavy’s Press Secretary, Matt Shuckerow, sent me the following statement in response to a question about why the post was removed:

While it’s true some lawmakers plan on taking large portions of the PFD to pay for government, the post was seen as casting everyone in the same light. Recognizing that there are many lawmakers who will stand up for the PFD and follow through on their promises to Alaskans, the social media post was removed.

Ignoring that Dunleavy seems to have a real communications issue, and that it looks like he is teeing up to pick a fight with the legislature, what is more interesting is where the akgov.us, a URL shortener, link in both lead to. It linked to a Must Read Alaska article titled, “House plan starts to reveal itself: Tiny Permanent Fund dividend.” Isn’t that convenient. Must Read Alaska is run by Suzanne Downing. She is an outlet for information from the administration and routinely has stories up right after they are officially announced. I often refer to her as the Alaska Republican Party and Dunleavy administration propagandist.

She is more than happy to carry water for the administration by writing articles that either justifies what they are doing, provides cover or distraction, or that attack legislators who are not in lock step. Must Read Alaska is even featured in official press releases from the Dunleavy administration. The Landmine is still waiting to be featured! Notice the name Austin McDaniel, who is copied on this press release. McDaniel is the Digital Media Director for the Office of the Governor. According to a records request obtained by the Alaska Landmine, he started the job on December 3, 2018. He previously worked for former Governor Sean Parnell. McDaniel purchased the akgov.us domain on January 29, 2019. 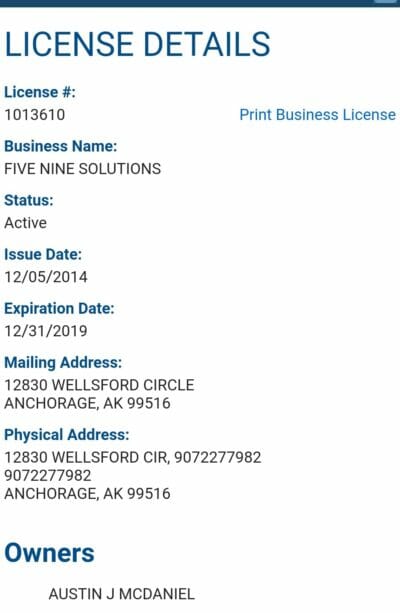 McDaniel seems to be in charge of making Dunleavy’s social media posts. Note this now deleted tweet where he accidentally tweeted what was supposed to be from the governor on his personal account. I want to be governor for the day too! 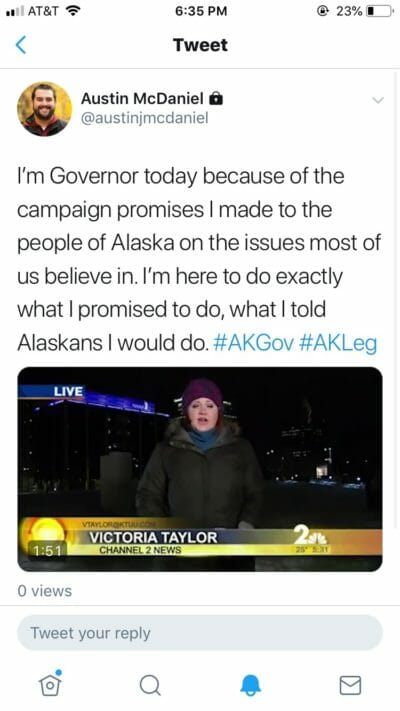 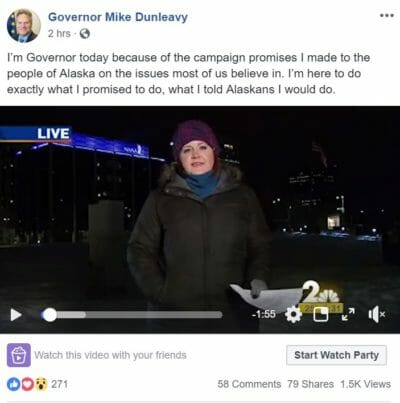 Is McDaniel still supporting the Must Read Alaska and/or the Alaska Republican Party websites? Who paid for the akgov.us domain, McDaniel or the State? I sent these questions to Governor Dunleavy’s Press Secretary. I have not heard back yet. I will update the story when I do.

College Frat-Boyz playing games while hundreds of Alaskans testify in good faith to the damage they are doing to Alaska.

Thanks for digging for this kind of stuff. But since you criticized the gov for “PFD’s” I have to point out your clause: “… by writing articles that either justifies what they are doing, provides cover or distraction, or that attack legislators who are not in lock step.” The subject of this clause is ‘articles’. But ‘justifies’ and ‘provides’ are for singular nouns. You finally got it right with ‘attack.’
Just pulling your chain a bit – getting all this right all the time isn’t easy.