From Russia with love

I got back to Anchorage last night after a trip to Moscow for New Years. I know, who goes to Russia on vacation in the winter. If you know anything about me you probably know I am a bit of a Russophile. I met a Russian girl when I moved to Alaska in 2004 and we started dating. I met a ton of Russians and started learning to speak Russian. Since then I have been fortunate to travel to many parts of Russia, as well as many former Soviet Republics. It really struck me how much Russia has changed on this last trip. 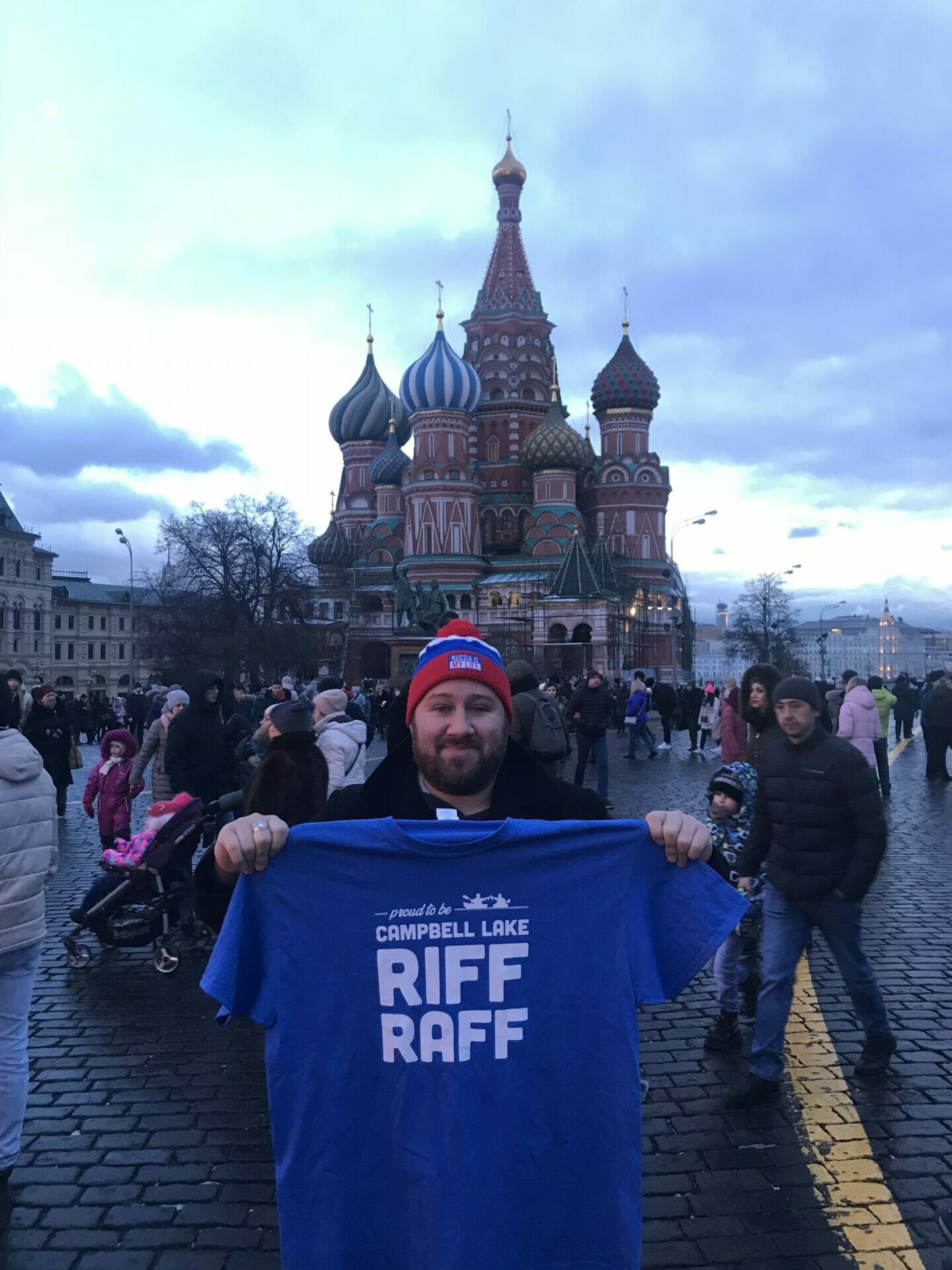 My first trip to Russia was in 2006. I was traveling throughout Europe before that for a few months. I arrived in Moscow via train from Budapest. Once we got into Russia this big Russian guy was walking through the train yelling, “Ruble, Ruble!” while holding a wad of cash. He was offering to exchange currency. I had never seen anything like that before.

I was supposed to meet a friend of a friend who had previously lived in Alaska. I did not have a phone so when I got to the train station I asked a Russian guy if I could borrow his to make a call. My big backpack and broken Russian made me stick out like a sore thumb. He told me yes but wanted 100 roubles. I agreed. After a short call he told me I owed him 1,000 roubles! I did not speak Russian very well then. I insisted that he had said 100 roubles and not 1,000. He signaled a police officer to come over. I was relieved until I realized the cop was on his side. I ended up paying him 500 roubles. Welcome to Russia.

After the Soviet Union collapsed Russia went into a state of chaos and lawlessness. Gangsters largely ran things. This is when many of the current Russian oligarchs made their money. Ask any Russian who was living in Russia during the 90s and they will tell you wild stories. When Vladimir Putin came to power in 2000 he promised to restore order. By 2006 many of the problems of the 90s had improved, but many still lingered.

Moscow in 2006 was a much different place than Moscow today. Back then there were casinos on almost every corner. It was not uncommon to see prostitutes on many Moscow streets. Babushkas would sell food, socks, gifts or anything they could at train stations or on the street to make a little bit of money. In 2009 Russia banned gambling except for a few areas in Russia. You would have a hard time finding prostitutes on Moscow streets today. And you don’t see people selling goods on the streets in Moscow anymore.

Another stark difference between 2006 and now is the police. On my first trip to Russia I was advised to have my passport or a copy of my passport and visa on me at all times. It was not uncommon for police to stop foreigners and ask them for their documents in hopes of getting a bribe. I vividly remember one incident where a Russian cop asked me for my documents at a metro station. I handed them over not knowing what to expect. He started asking me where I was from and what I was doing in Russia. I started getting nervous. Once he realized I was not going to easily pay him a bribe he let me go. The police now are generally friendly and would probably get fired if they tried to get a bribe from someone. I think it’s important to note that in the past bribes were largely tolerated because of low salaries. Since then, salaries for police have gone up.

The metro in Moscow is great, but many people also use taxis. In the past, the usual way to get a taxi was to stand by the side of the road with your arm out. You would never have to wait long. Often the taxi was a gypsy cab driven by someone trying to make some money. What ensued was always a negotiation on the price to where you were going. If you knew what it cost you could usually get a good deal. However, if you did not know or the driver realized you were a foreigner the price could be outrageous. And if something went wrong or the driver demanded more money, there was no recourse. Those days are over. Now everyone uses an app called Yandex. Taxi. It’s just like Uber. You can register a card and use that to pay or pay cash. You input your destination and it gives you a price. Gone are the days of getting hustled in a gypsy cab.

Here is one that even shocked me: liquor stores in Moscow now only sell alcohol until 11 pm. In 2012 Russia passed laws restricting the times you can by alcohol due to serious concerns with alcoholism. I don’t exactly recall but I think you used to be able to buy alcohol 24 hours a day. I remember buying booze late into the night many years ago.

There have also been many smaller changes that make life so much more convenient. Before, it was always a challenge finding a public bathroom in Russia. There were ones you could use that cost money or you could go to a place like McDonald’s. Now it’s easy to find a bathroom. When I first came to Russia in 2006, using a credit card was usually not an option. Most day to day transactions were done in cash. Now you would have a hard time finding any business that does not accept credit cards. I remember trying to change dollars a while ago in Russia. The bank I went to rejected half of my money because they said the dollars were not crisp enough. True story. And they always seemed to only accept $100 bills. Now it’s much easier.

Suffice it to say Russia has changed a lot and is still changing. On most of my trips to Russia I have been lucky to be visiting friends. They always gave me advice and told me how things worked. I could also speak Russian, which was a big help. In 2014 Russia hosted the Winter Olympics in Sochi and in 2018 they hosted the World Cup. Putin, and Russian politicians and business people, knew that major reforms were necessary to make these events a success. This was a major driving force for many of these changes. But it’s also about Russia transforming into a modern day economy. Many Russians have traveled to or lived in the west. They know how easy things can be.

The reforms and changes that have been taking place in Russia since 2000 are not entirely unlike the reforms and changes in the United States after World War II. American gangsters and criminals wielded a lot of power in the 1920s and 1930s. In the 1950s America started modernizing. Russia still has many challenges to overcome, corruption being the biggest. While low level bribes and corruption have largely disappeared, high level corruption is probably worse now. It will be interesting to see how Russia looks twenty years from now.

Interesting summation. I had a chance to go to Russia years ago but declined for the very reasons you mentioned.

Great story Jeff. I never forget the time I worked on cruise ships in the early 1990’s and we frequently stopped in St.Petersburg en route between Gdansk and Helsinki. The Grand Hotel Europe had a Russian (roubles) side and a Western (dollar) side – needless to say the Russian side was by far cheaper than the Western side. We exchanged money on the street and found out after the fact that most bills were out of circulation Polish zloty, Hungarian forint. Naive Westerners – we thought we got this huge wad of cash for $100 and were happy… We got… Read more »

So when are you moving to Russia?