Joe Riggs has stooped to a new low by sending out a despicable last minute mailer against one of his opponents, Albert Fogle. They are both running in the Republican primary for the South Anchorage house seat that Representative Chris Birch (R – Anchorage) is vacating to run for the senate seat. Laddie Shaw is also running in the primary.

Riggs’ campaign has recently faced scrutiny for a campaign ad circulating by a non-existent group, Veterans for Alaska. The Landmine first pointed this out in the Alaska Stalker column on August 15. Two days later, KTVA did a story on it, “Group behind campaign ad doesn’t exist in state records”

Riggs sent out this mailer to Republicans that hit yesterday, just days before the primary. The tricky paid for by on the front of the mailer is hard to identify. 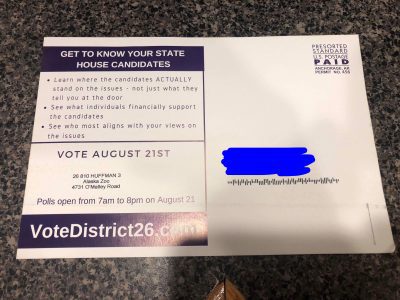 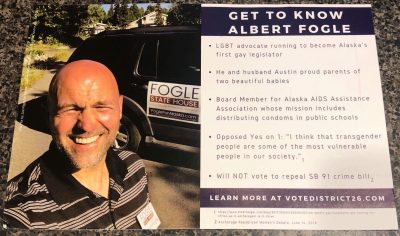 This is from the deceptive website on the mailer, also paid for by Riggs’ campaign. They photo shopped Albert’s husband in the picture. Make no mistake, this is a personal attack on Fogle and his family. It’s a ploy to manipulate Republicans in the district to vote against Fogle because he is gay. It doesn’t get much lower than this.

Here is a quote that Alaska GOP Chairman Tuckerman Babcock sent me regarding the mailer, “The Joe Riggs mailer attacking Albert Fogle is a largely non-issue based hit piece that is really just a cheap personal attack. I am very disappointed in Joe Riggs’ campaign tactics.”

What makes this even worse is Joe’s past. Joe worked for years as a bartender at the popular gay bar Mad Myrna’s. He is not anti-gay or homophobic. Just ask any of his former co-workers or customers. He is just using these despicable campaign tactics to try and win an election. This is arguably worse than being anti-gay. It shows that Riggs will do anything to win an election. Imagine what he would do as a legislator.

The Landmine obtained this pic of Riggs at Myrna’s from back in the day. Doesn’t he look just like Bruno? A person who knows Riggs well, and who used to frequent Myrna’s when he worked there said, “He is very conservatively dressed in this picture. He normally tended bar shirtless.” Word is there is a pic of him bartending shirtless, wearing daisy dukes. The Landmine is working on obtaining that photo. 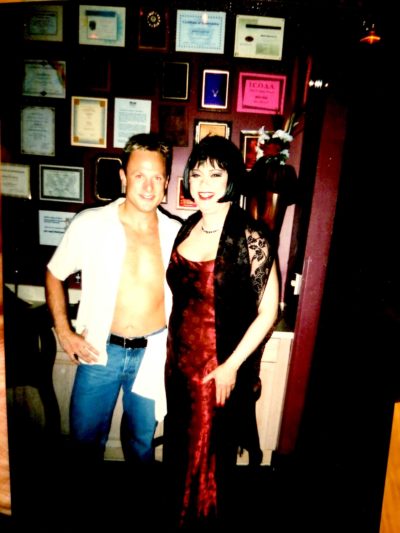 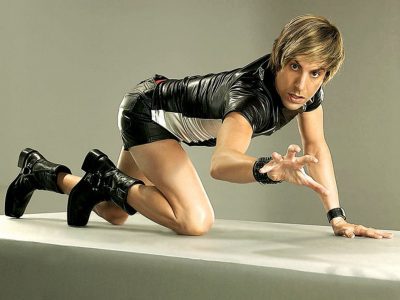 So if Riggs is not anti-gay then why the mailer? Enter Zack Freeman. Freeman is a campaign consultant who is working for several Republican candidates. He first came to Alaska to do policy work for Alaska Family Council, Jim Minnery’s group. I have no doubt that Freeman came up with the mailer and website, but Joe is the candidate and had to approve it.

We all can, and will, disagree on issues. It’s important that our leaders are able to debate and discuss issues facing our state. It’s also important that they call these kind of campaign tactics out for what they are, disgusting. The election is in two days, we will see what kind of representative District 26 wants to elect.

NO MATTER WHAT THE ISSUES, VOTERS NEED TO KNOW WHAT THEY ARE. SO THAT THEY CAN MAKE THEIR PERSONAL JUDGMENTS OR DECISONS.