Facing the economic impacts of the COVID-19 pandemic, Arctic Slope Regional Corporation (ASRC) recently announced a series of massive layoffs in order to preserve multi-million dollar executive compensation packages. In 2018 their top 28 executives and directors earned a combined $28 million in compensation, with the top two earning over $5 million each. 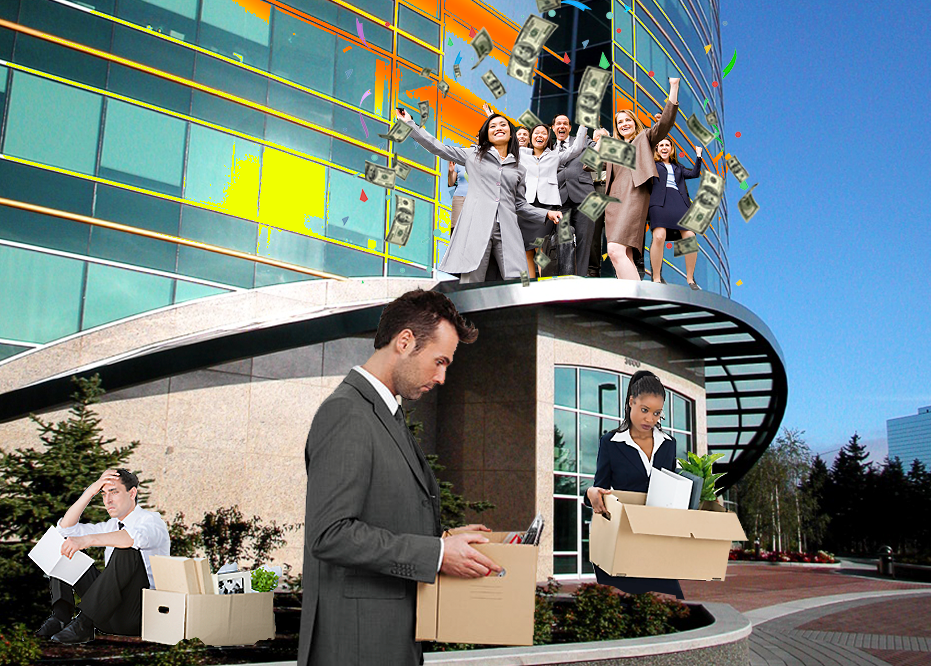 A spokesperson for the company told the Landmine, “Look, this COVID-19 thing is really bad, and there’s a lot of pain to go around. But if we stop paying millions of dollars a year to our top executives they’ll just take their talents elsewhere.”

When asked where exactly the top talent at ASRC would go if salaries were cut, the spokesperson yelled, “Look over there!” and quickly walked backwards out of the room. There was nothing “over there,” and the Landmine was unable to locate the spokesperson again.

The Landmine was similarly unable to reach Butch Lincoln, ASRC’s chief operating officer and top paid executive, to ask if this year’s lower performance would result in lower bonuses or just lower dividends to shareholders. In 2018 Lincoln earned nearly a million dollar salary and over $4 million in bonuses.

Charlie “Cozy” Kozak, ASRC’s chief financial officer ($1.8 million earnings in 2018) was quoted as saying, “It’s obviously in the best interests of ASRC shareholders that I make enough money to buy a new mansion every year. There’s absolutely nobody else out there who could do my job for less money. Absolutely nobody. Anywhere. Period.”

A recently laid off employee told the Landmine, “It’s been terrible losing my job at ASRC. I can’t afford my car payments, I’m three months behind on rent, and my marriage is on the rocks. The only thing that warms my heart is knowing that our top executives make so much money that they could literally buy a hundred new mid-range cars every year without impacting their quality of life. I’m so proud to be a part of ASRC. Well, not anymore, I guess. But I was.”

ASRC Board members, we started this corporation with barely any help from outside.
Now that it’s a pandemic, you board members, plus your lawyer, can handle this.
We don’t need all the other higher up to help keep our corporation going.